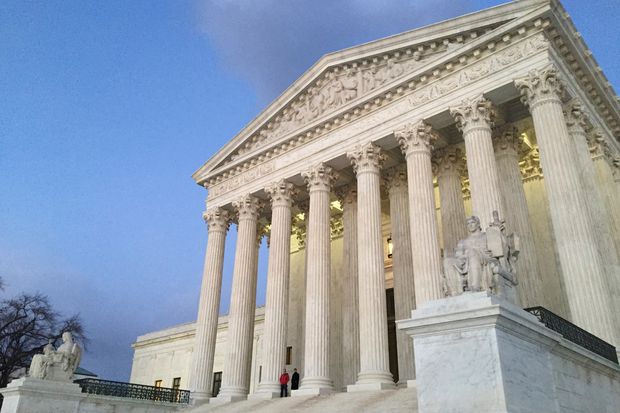 The Supreme Court this year punted on deciding two partisan gerrymander cases. Democrats have now refused a fair catch and decided to run the ball back up the field for a touchdown in North Carolina, where liberal judges this week struck down the state’s congressional map.

Republicans control 10 of North Carolina’s 13 congressional seats though a majority of registered voters are Democrats. Liberals claim this is evidence of invidious discrimination by the GOP Legislature against Democratic voters. What they really want is judges to enshrine a Democratic congressional majority.

Gerrymander cases are typically tortuous, and North Carolina’s is no exception. A liberal panel of judges in 2016 invalidated the state’s congressional map as an unconstitutional racial gerrymander. The Legislature then redrew the map without considering race while ensuring that the new districts were compact and contiguous and preserved the GOP’s majority.

The liberal group Common Cause and Democratic voters sued again, complaining that the new map burdened their First Amendment rights, equal protection under the laws and the Constitution’s guarantee that “the People” can elect their representatives.

In January a liberal panel led by Fourth Circuit appellate Judge James Wynn agreed and ordered the Legislature to redraw the maps. The Legislature appealed to the Supreme Court, which tossed the case back to the panel in June after ducking a ruling on partisan gerrymanders in Maryland and Wisconsin.

Thank you very much, Judge Wynn said this week while reaffirming the court’s prior decision that the map is unconstitutional because it supposedly dilutes Democratic votes and imposes “burdens on Plaintiffs based on their previous and ongoing political expression and affiliation.” The 321-page decision is long on case history and short on legal analysis.

The Supreme Court has long held that political considerations are permissible and even intrinsic to legislative redistricting. The question the Court has been grappling with over the last three decades is how much partisanship is too much. Judge Wynn joined by liberal colleague Earl Britt side-stepped this question and ruled that any political considerations are unconstitutional if judges say so.

The judges conflate partisanship, past voting and political views. Many conservative Democrats voted for President Trump because they agree with his positions on trade and cultural issues, which is one reason he won the state in 2016 despite Democrats’ registration advantage.

Partisanship is not fixed on the individual or district level. In 2010 Republicans won a 68-52 majority in the state House and 31-19 in the Senate—the party’s first legislative majority in a century. Republican Pat McCrory won the governorship in 2012 by 11.5 points but lost by a smidgen four years later. Even under the GOP’s alleged gerrymander, Democrats could pick up three districts this year.

Judge Wynn intends to appoint a “special master” to redraw maps, perhaps in time for the November election. This would create election confusion in the extreme. He apparently wants partisan judges to make political decisions instead of lawmakers elected by “the People.” And he has a history of imposing his liberalism from the bench and twice lost elections to the state supreme court before President Obama chose him for the Fourth Circuit.

In a partial dissent, Judge William Osteen explained that “only the state legislatures, through their power to draft congressional districts in the first instance, and Congress with its power under Article I, Section 4 of the United States Constitution, have the authority to remove political partisan considerations entirely from the redistricting process.”

Democrats are howling about potential Russian interference in the midterm elections, but judicial intervention represents a more tangible threat to the Constitution’s ordered liberty and may determine which party controls the House next year. Earlier this year a Democratic majority on the Pennsylvania Supreme Court redrew the state’s congressional map to give the party an edge in as many as five districts.

North Carolina’s GOP Legislature is appealing the panel’s decision to the Supreme Court, but conservative and liberal Justices might deadlock on whether to stay the ruling before Brett Kavanaugh is confirmed. The Court’s dodge this summer allowed liberal judges to pose as legislators, and they are doing so.