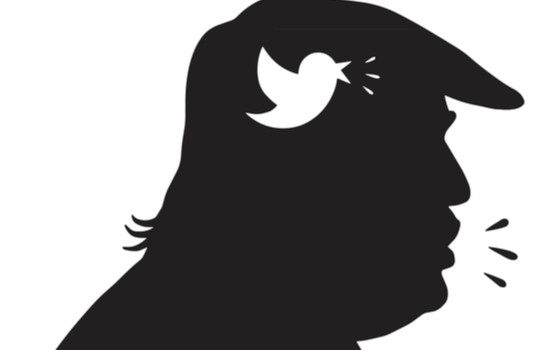 For vacationers eyeing Southeastern states for sun and waves, the advice given for an incoming hurricane is simple: stay away. Similar advice can be doled out to those driven to the internet during a tweetstorm by President Donald Trump.

For the past couple of years, a pattern emerges following the president’s urge to tweet about a seeming hodgepodge of issues: think post office reform, water markets, or South African land seizures. In the 24 hours following one of his hyperbolic missives, the denizens and self-appointed fact-checkers of the World Wide Web become experts on the topic chosen by the commander-in-chief, and an avalanche of rebuttals follow. Yet, very few fact-check the fact-checkers.

By and large, the best that Trump’s supporters can muster are typical reactionary snark. The battle over rhetorical supremacy on Twitter and among the cable news commentariat is waged. The air gets sucked out of the room, with simple facts and reasoned analysis nowhere to be found.

Fortunately, the millions of Americans looking for level-headed analysis of the issues identified by Trump needn’t completely steer clear of the internet. Archived searches, customized to deliver news and analysis on a subject published before a tweetstorm, allows the resumption of a normal debate.

Case-in-point: the president’s pronouncement on wildfires and water policy, tweeted on August 5 and 6. Commenting on the wildfires rampaging through the Western United States, Trump accused California of magnifying the crisis through “bad environmental laws, which aren’t allowing massive amounts of readily available water to be properly utilized. It is being diverted into the Pacific Ocean.”

Governor Jerry Brown must allow the Free Flow of the vast amounts of water coming from the North and foolishly being diverted into the Pacific Ocean. Can be used for fires, farming and everything else. Think of California with plenty of Water – Nice! Fast Federal govt. approvals.

A simple Google News search on any relevant combination of words (try “wildfire water shortage”) will reveal media outlets such as CNN, NPR, Vox, Politifact, and the Huffington Post lending absolutely no credence to the president’s linkage of wildfires and water rights. NPR’s unequivocal suggestion that “fire experts say there is enough water in California to fight the fires” completely ignores media reports published before the tweetstorm suggesting that California firefighters at times face water shortages in battling the flames.

In December 2017, for instance, Brenda Gazzar of Los Angeles Daily News documented firefighters’ struggles getting water from maxed out hydrants and dried-up ponds. As for the water being diverted to the Pacific Ocean, it’s also possible to see the truth behind the claim—but only by looking at reports published before Trump’s comments.

In 2015, Andy Lipkis, founder of an NGO called Tree People, pointed out in a Forbes interview that, “The biggest misconception is that it doesn’t rain in California. The fact is, it does rain, even in Los Angeles and southern California. But we throw away most of that water because rather than collect it, we let it drain into the sea.” For instance, from 2016 to 2017, downtown Los Angeles saw nearly 20 inches of rainfall. Lipkis points out that every inch of rainfall generates nearly 4 billion gallons of runoff, which “flows within hours down our concrete streets and into the ocean.” If households and cities captured the water in rain bins and cisterns, there would be more water in circulation to fight fires (amongst other things).

The media’s general failure to accurately report the wildfire issue is minor compared to their treatment of the South Africa farm issue. This time, Trump took to Twitter to ask Secretary of State Mike Pompeo “to closely study the South Africa land and farm seizures and expropriations and the large scale killing of farmers. ‘South African Government is now seizing land from white farmers.’”

NPR quickly jumped into the fray, characterizing land seizures as “voluntary buyback programs.” Vox was more thorough in its reporting, noting that under current law, “the government could legally force white landowners to give up their land in return for a fair price.” But Vox, along with CNN, failed to mention real instances of expropriation that have happened after farmers refuse the “fair price” offered.

Politifact saves the day (sort of), describing the planned expropriation of the Akkerland farm in South Africa after “the current owners, the Akkerland Boerdery company, say that the government offered them only 10 percent of the market value for their property…The owners of Akkerland, who did not agree to the government’s offer, said they had been denied the opportunity to argue in court.” Then, bizarrely, the fact-checking organization reverses itself, saying the government is only negotiating to buy the land back and “not seizing land of white farmers.”

Media organizations may claim that, even if Trump has a point about the expropriations, his second point about “large scale killing” is misleading and plays into white nationalist talking points. Sure, but that doesn’t give leading outfits an excuse to throw away any nuance and ignore current land seizures that are occuring.

As TAC contributor Jack Hunter has pointed out in these pages, while Trump’s claim that there are “large scale killings” in South Africa is “debatable” at best, there have been “more than a few,” with last year’s killings of people on farms reaching their highest point—74 murdered—since 2011. That number has dipped, however, and is at a 20-year low: 47 farmers killed in 2017 to 2018.

As in life, the real story is somewhere between the goalposts planted by each of the interested parties, in this case, the Trump vs. anti-Trump factions, ready to clobber each other at the sound of the whistle.

Fortunately, readers interested in the issues of the day can surf the internet spin-free via customized archive searches and indulge in real reporting, minus the gotcha and tribal polemics.

But surf on the internet-at-large, and a hurricane of disinformation and bad faith may just blow you away.

Ross Marchand is the director of policy for the Taxpayers Protection Alliance.