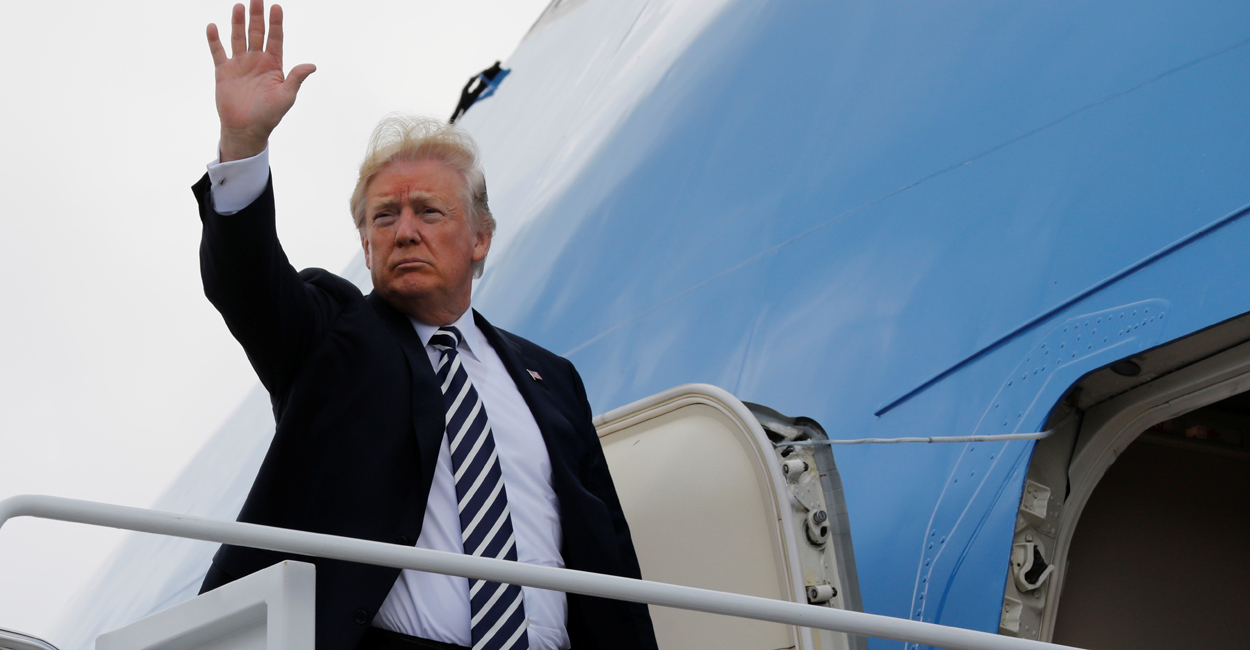 It’s the latest move by the Trump administration to try to reign in excessive compensation packages for federal employees, after the president signed three executive orders in May.

“Specifically, I have determined that for 2019, both across?the?board pay increases and locality pay increases will be set at zero,” Trump’s letter notifying Congress said Thursday. “These alternative pay plan decisions will not materially affect our ability to attract and retain a well?qualified federal workforce.”

Here’s a look at what the pay freeze could mean.

In his letter to Congress Thursday, Trump asserted the pay hikes would not be responsible at this time.

I view the increases that would otherwise take effect as inappropriate.

Under current law, locality pay increases averaging 25.70 percent, costing $25 billion, would go into effect in January 2019, in addition to a 2.1 percent across-the-board increase for the base general schedule. We must maintain efforts to put our nation on a fiscally sustainable course, and federal agency budgets cannot sustain such increases.

However, the impact may be negligible, said Rachel Greszler, a research fellow in economics, budget and entitlements with The Heritage Foundation.

“Basically, it’s not the most efficient reduction in spending or excessive pay, but it’s all the administration can do on their own,” Greszler told The Daily Signal. “And pay increases shouldn’t be automatic.”

Further, the government watchdog group OpenTheBooks.com found that one in five of employees at the 78 largest federal agencies has a salary that is six figures. Another 30,000 rank-and-file career government employees earn more than any governor.

The Office of Management and Budget during the Obama administration estimated the federal government would spend $337 billion in 2017 on the civilian federal workforce.

Also, with seniority comes at least two pay hikes for some years under the current system. All federal employees generally get a cost-of-living adjustment that is not based on performance. Second, federal employees are paid for each “step increase” they move up in the system based on seniority, which provides a 3 percent hike.

Federal employees get a retirement contribution of between 15 to 18 percent of their pay, while private sector employees average 3 to 5 percent, according to a 2016 Heritage Foundation study. Federal employees also contribute significantly less to their retirement, as taxpayers fund the bulk of the pensions.

In his letter to Congress on Thursday, Trump made what seemed to be a long-term point.

“In light of our nation’s fiscal situation, federal employee pay must be performance-based, and aligned strategically toward recruiting, retaining, and rewarding high-performing federal employees and those with critical skill sets,” Trump said. “Across-the-board pay increases and locality pay increases, in particular, have long-term fixed costs, yet fail to address existing pay disparities or target mission critical recruitment and retention goals.”

“The federal pay system does not effectively reward the most talented and productive because the system is highly standardized,” Moffit told The Daily Signal. “Federal employees in many cases should be paid more and many should be paid less. We need more employees in some areas and less in others.”

4. What Trump Has Done So Far

In keeping with the president’s “drain the swamp” reform efforts, the Trump administration has pushed for civil service reforms in budget proposals to Congress with little action.

However, Congress did pass and the president signed a law to make it easier to fire bad employees at the Department of Veterans Affairs following the VA waiting list scandal in which employees had doctored lists, leaving some veterans to wait excessively long times for care.

Congress has left most of the rest of the federal bureaucracy untouched. However, on May 25, Trump issued an executive order to move the ball on civil service reform.

One order holds nonproductive workers more accountable by speeding up the disciplinary and appeals process. In many cases, it takes more than a year to remove an employee. The order also limits the grace period to shore up their performance from 120 days to 30 days. The order also limits the ability of federal managers from simply moving employees that engaged in poor performance or illegal activity from one agency to another.

Federal agencies would share performance reviews, and also consider performance in making layoff decisions. Previously, layoffs were based on the amount of time employed by an agency.

A separate executive order limits the amount of time a federal employees can spend on union activity during work hours to no more than one-quarter of their workday. The House Oversight and Government Reform Committee found more than 12,500 federal workers took “official time” to work on union activities in 2017. Of that, 470 worked in the VA.