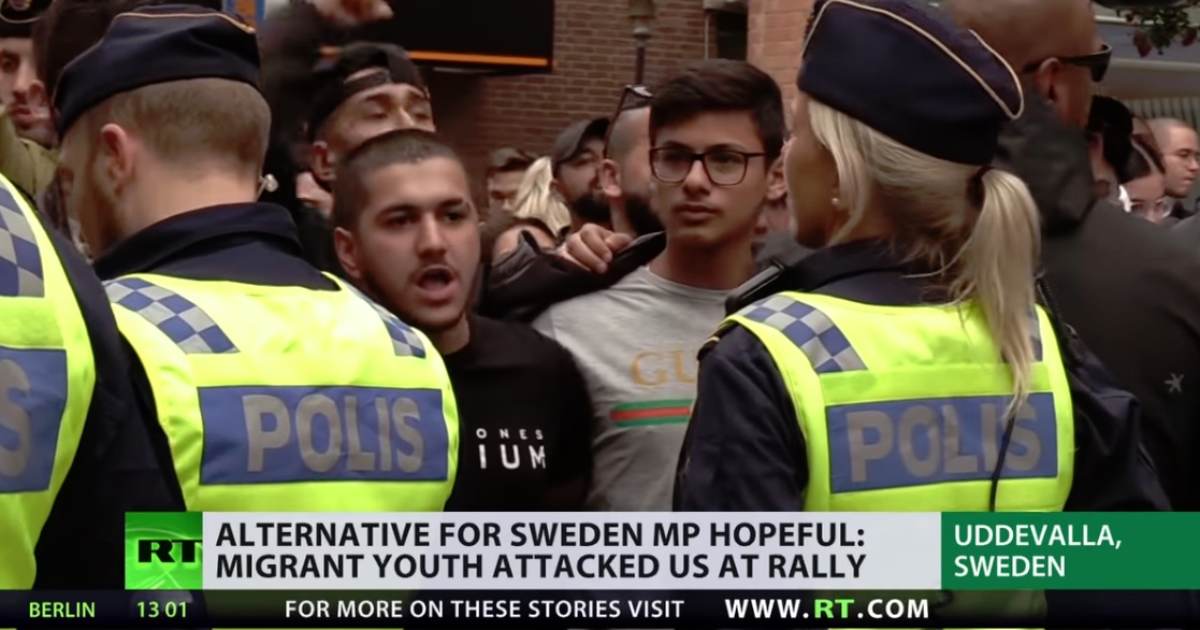 The migrant mob was hurling eggs at the politician during his speech.

A member of the Swedish right-wing Alternative for Sweden (AfS) party, who is currently running for parliament, says he was “punched in the face” by a young immigrant during an election campaign stop in Western Sweden.

It should have been an ordinary campaign meeting, which every party in Sweden holds ahead of the elections. But things went wrong for AfS in the city of Uddavalla, where the party, known for its hard-line anti-immigrant rhetoric, decided to make a stop.

A group of AfS members, including parliamentary candidate Markus Jonsson, was met by an angry crowd of young people, who were shouting, chanting slogans and holding placards that read: “Crush racism!”

As the AfS members started presenting their program, things quickly boiled out of control. The crowd of people, many apparently of immigrant background, started throwing eggs at the party members. At some point someone from the mob assaulted Jonsson and struck him to the ground.