‘It is a cultural tragedy’: Giant flames tear through the National Museum in Rio de Janeiro as dozens of firefighters battle raging inferno at 200-year-old building packed with 20 million priceless artifacts

Firefighters worked to put out the blaze at the esteemed National Museum in Rio de Janeiro on Sunday night, which houses artifacts from Egypt, Greco-Roman art and some of the first fossils found in Brazil.

There is no word yet of the possible cause, nor if there were casualties or the exact extent of damage.

The fire broke out after the museum had closed for the day at 7.30pm local time and quickly spread throughout the building.

Live television broadcast images of the fire showed it burning out of control throughout the building late into the night. 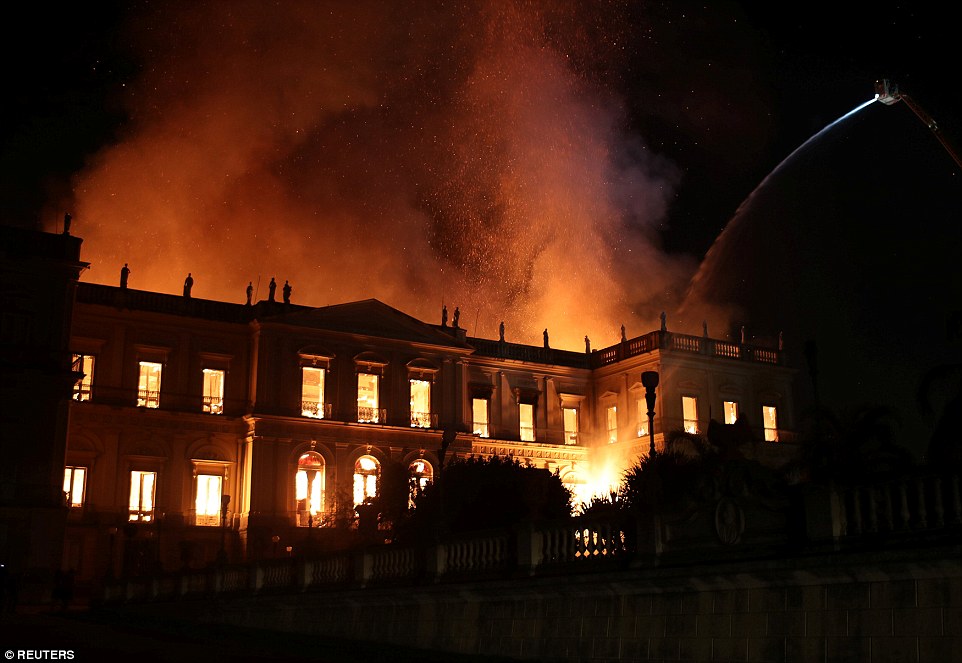 A 200-year-old museum in Brazil was hit on Sunday by a huge fire, threatening its collection of more than 20million historical items 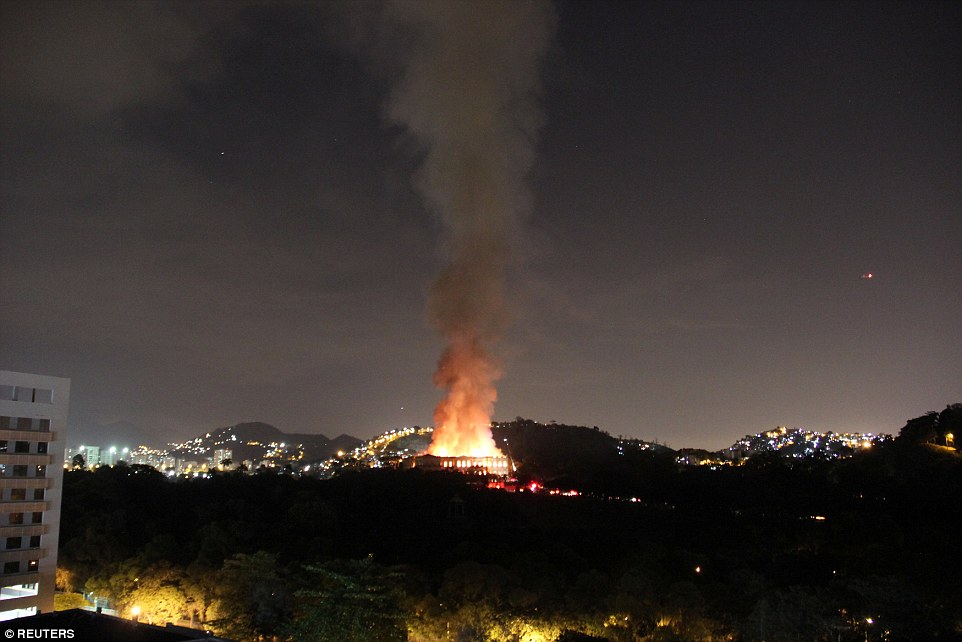 Sgt. Moises Torres from the state’s firefighting headquarters said there was no immediate information about injuries 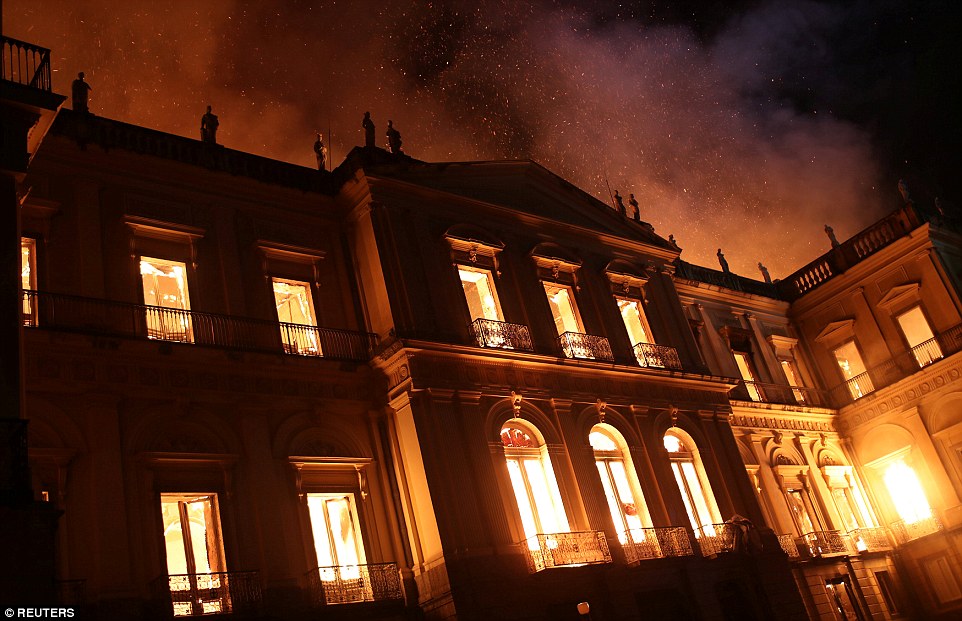 Firefighters, pictured, try to extinguish a fire at the National Museum of Brazil in Rio de Janeiro 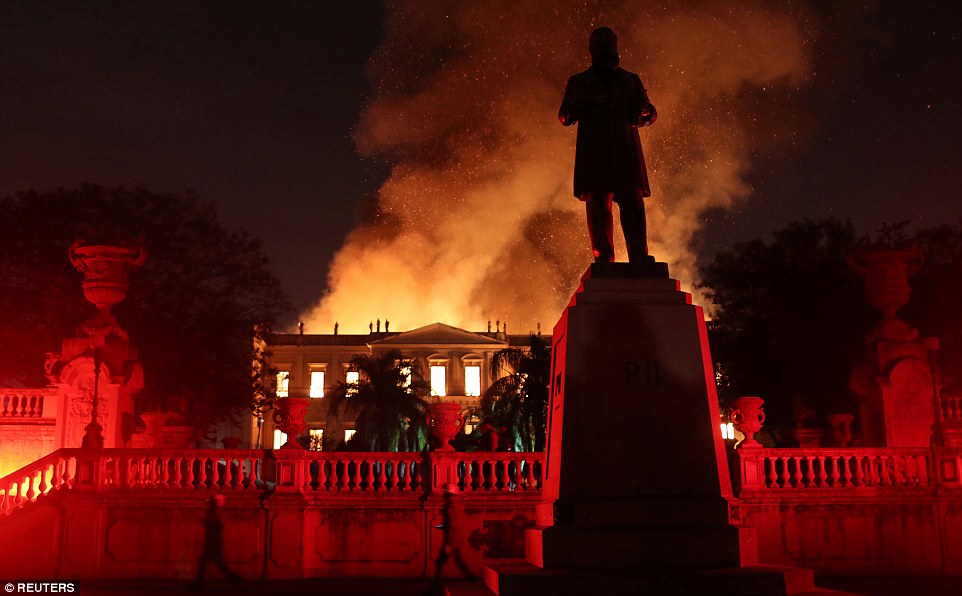 Roberto Robadey, a spokesman for the fire department, said 80 firefighters were battling the blaze and that by midnight local time it was ‘just about under control’ and should be out within a few hours.

Brazil’s President, Michel Temer, said on Twitter: ‘Incalculable to Brazil the loss of the collection of the National Museum.

‘200 years of work, research and knowledge have been lost. The value of our history cannot be measured by the damage to the building that housed the royal family during the empire.

‘It’s a sad day for all Brazilians’.

Robadey said firefighters got off to a slow start fighting the blaze because the two fire hydrants closest to the museum were not functioning. Instead, trucks had to be sent to get water from a nearby lake.

He added that some of the museum’s pieces had been spared.

‘We were able to remove a lot of things from inside with the help of workers of the museum,’ Robadey told Globo News. 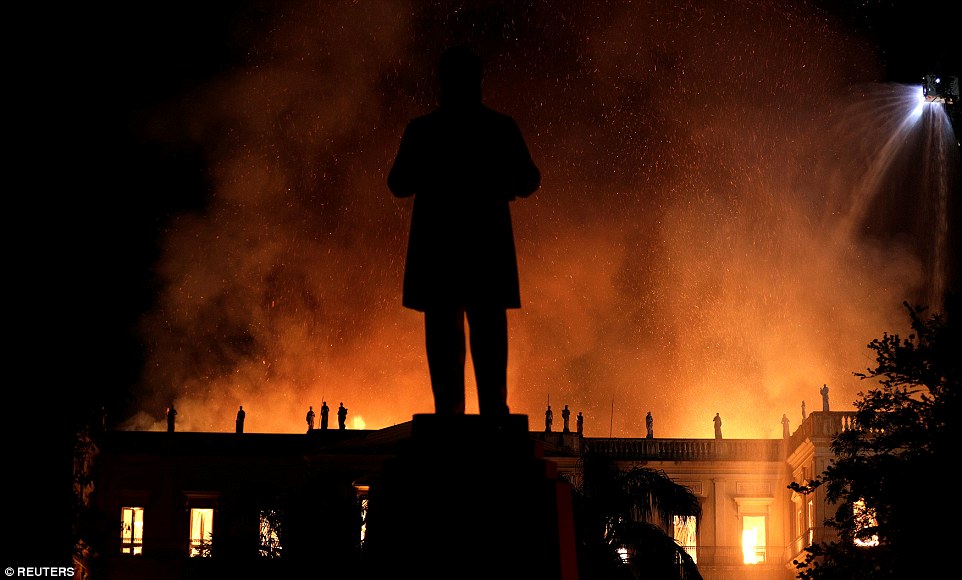 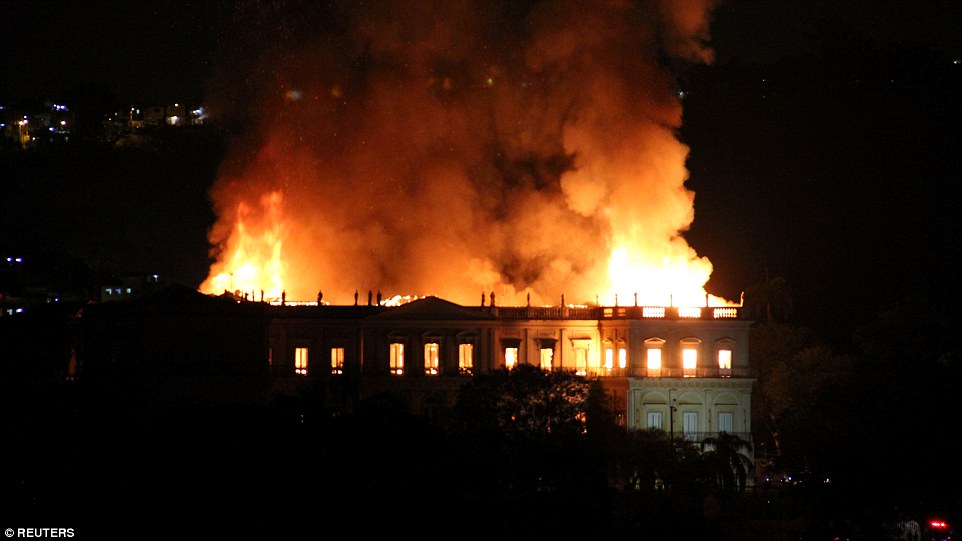 The historical building, pictured going up in flames, also once served as the residence for the Portuguese Royal Family 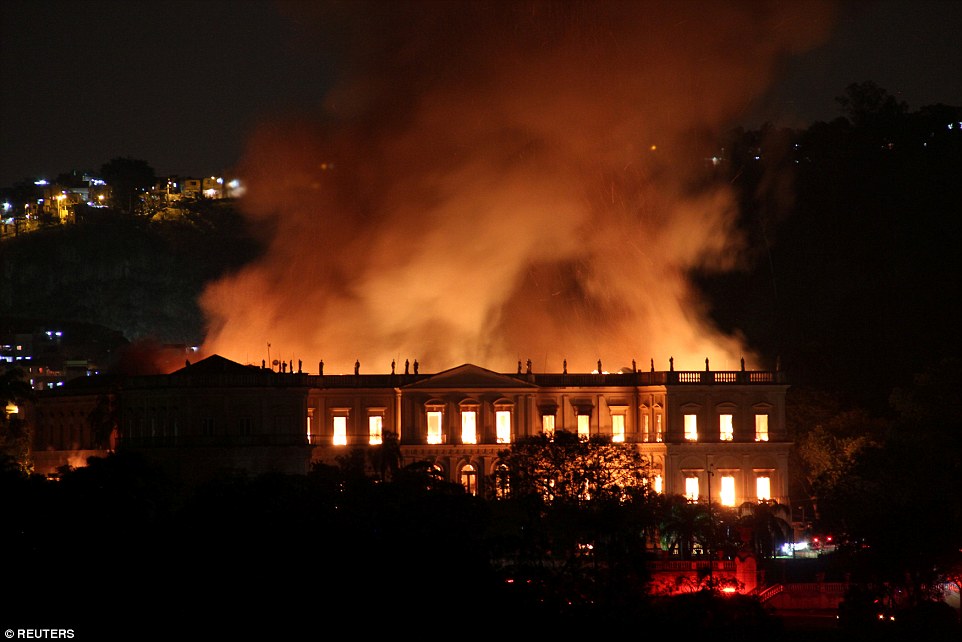 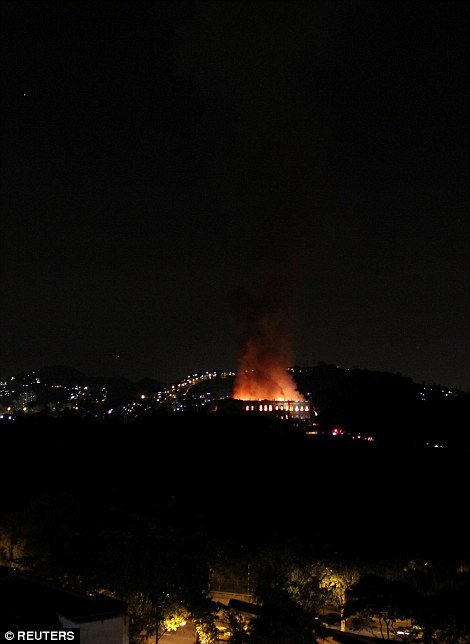 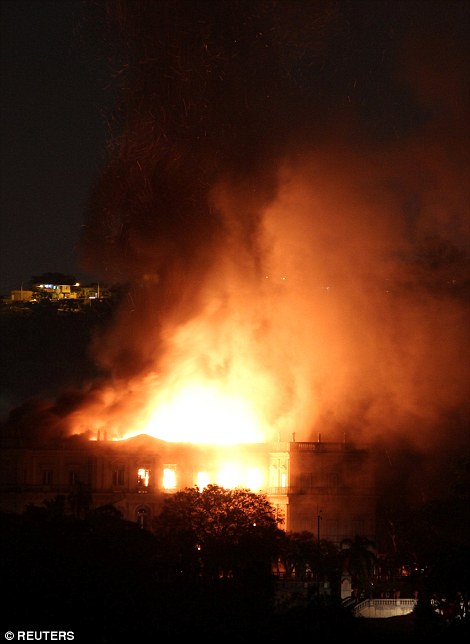 The fire began at 7.30pm local time and quickly spread throughout the building, and on Sunday evening the flames did not appear to be reducing

The museum, which is tied to the Rio de Janeiro federal university and the education ministry, was founded in 1818.

It houses several landmark collections, including Egyptian artifacts and the oldest human fossil found in Brazil.

According to the museum’s website, many of its collections came from members of Brazil’s royal family.

The historical building also once served as the residence for the Portuguese Royal Family.

The museum had suffered from years of neglect under numerous governments, the institution’s vice-director the Globo TV network on Sunday night.

‘We never got anything from the federal government,’ said the official, Luiz Duarte.

‘We recently finalized an agreement with (state-run development bank) BNDES for a massive investment, so that we could finally restore the palace and, ironically, we had planned on a new fire prevention system.’ 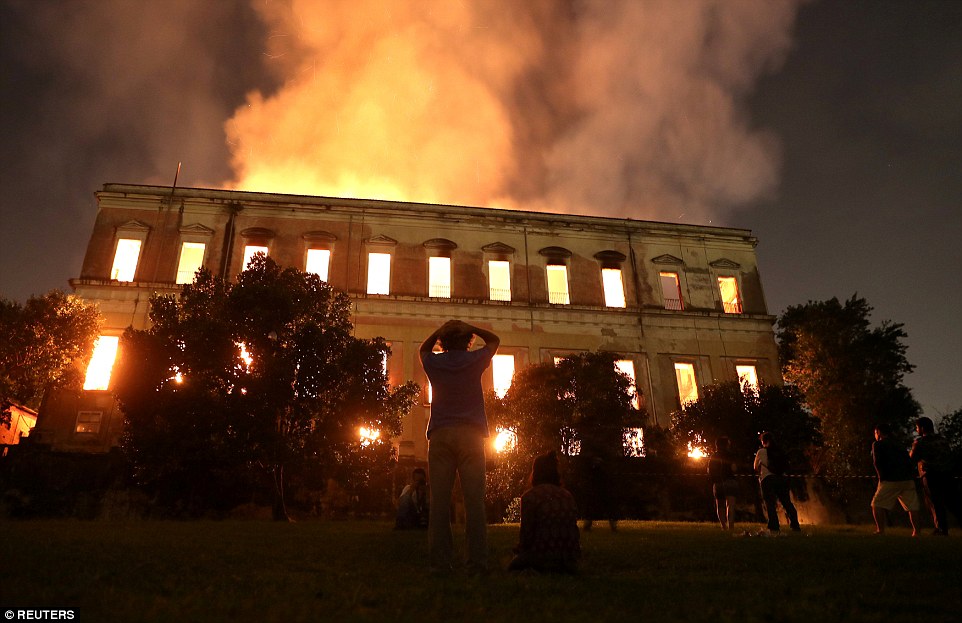