Why is this woman smiling? (2) 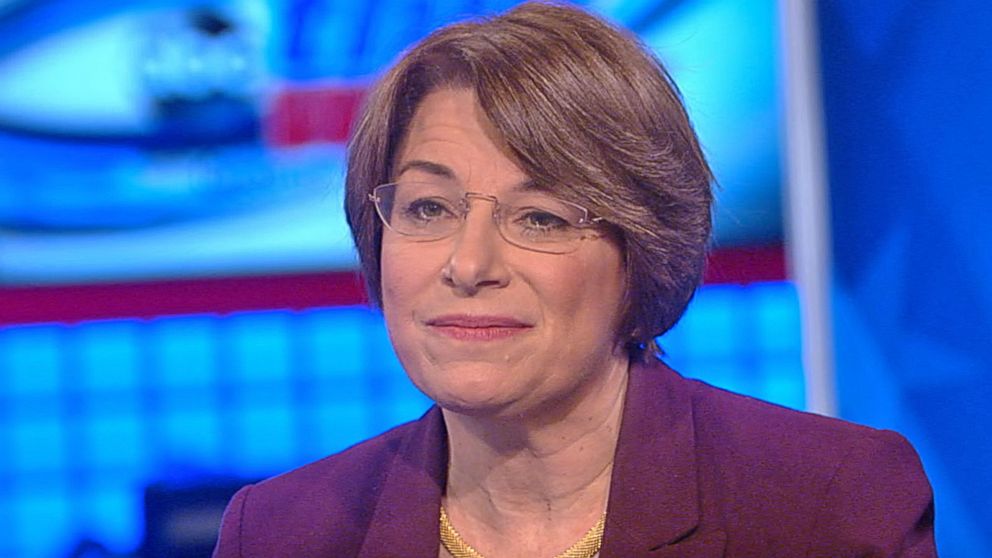 Charles Hurt devotes an entire column to Minnesota Senator Amy Klobuchar’s disgusting performance yesterday morning on Meet the Press. His column appears at the Washington Times under the headline “From funerals to talk shows, the Washington gutter oozes everywhere.”

In commenting on her MTP appearance, I focused on Klobuchar’s game of dodgeball with Chuck Todd on the straightforward subject of Keith Ellison, the man from Farrakhan. Hurt picks up another thread of Klobuchar’s comments, this one on Trump Supreme Court nominee Judge Brett Kavanaugh:

[S]he claims to have read 148,000 documents that reveal Judge Kavanaugh to be so heinous as to be unfit for the high court.

OK, let’s say Ms. Klobuchar spent two minutes reading each document. That would be 296,000 minutes — or 205 days — reading these documents. Which is pretty remarkable considering Judge Kavanaugh was nominated 55 days ago.

There is another word for this. It is called a “lie.” And the person who utters it is known as a “liar,” even if the person she tells this “lie” to is so sleepy-eyed as to appear to be fully asleep.

But this isn’t even the most astonishing part of Ms. Klobuchar’s sewer dive on national television.

She goes on to say that as horrific as all these documents reveal Judge Kavanaugh to be, she is not allowed to share the documents with the American people. She is not even allowed to tell us what they say.

“I can’t even tell you about them right now on the show,” she told her sleepy-eyed interlocutor, who gazed back, sleepily.

So, at this point, I am starting to think Mr. Kavanaugh is a racist, child-molesting serial killer. I mean, even Pope Francis would boot this guy out of the church clergy. If only we could see these devastating top secret memos!

Well, it turns out, Ms. Klobuchar cannot tell the truth even about the secrecy of these devastating memos that reveal Judge Kavanaugh to be so unworthy that we innocent taxpayers are not allowed to see.

Last month, Sen. Chuck Grassley, Iowa Republican and Judiciary Committee chairman, asked Democrats on the committee to identify any of the classified records they thought might shed light on Judge Kavanaugh’s record.

Only one Democrat — Ms. Klobuchar — took Mr. Grassley up on his offer. She asked for 12 records to be made public.

There was no indication in them, however, that Judge Kavanaugh is a racist, child-molesting serial killer.

Still, Ms. Klobuchar is voting against his nomination to the Supreme Court. And continues to peddle dishonest political smut from supposedly secret documents that nobody can see.

What a piece of work is Amy.