Good News for the Americas 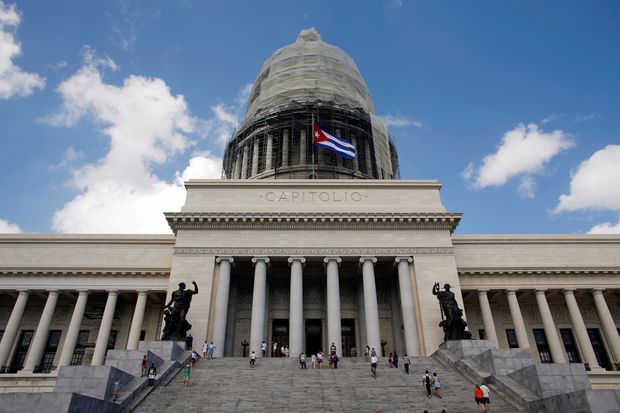 The crisis in Venezuela threatens to destabilize the Western Hemisphere, but doing something about it requires addressing the support from Cuba that is keeping strongman Nicolás Maduro in power despite his overwhelming unpopularity. Ditto for Daniel Ortega, whose government has been killing fellow Nicaraguans.

One man who understands the Cuban role is Mauricio Claver-Carone, who will soon join the Trump White House as senior director of the National Security Council for Western Hemisphere Affairs. The media call Mr. Claver-Carone a “hard-liner” on Cuba and a staunch defender of the U.S. trade embargo, which is true.

But as the son of a Cuban exile, the 43-year-old Mr. Claver-Carone is also a Catholic University-educated lawyer who has spent years fighting for human rights in Cuba. As the editor of the blog Capitol Hill Cubans, he showed a sophisticated understanding of how Cuba uses intimidation and propaganda to attack democracy in the hemisphere. Mr. Claver-Carone has extensive experience working with other countries as a senior adviser for international affairs at the U.S. Treasury and acting U.S. executive director at the International Monetary Fund.

The world has stood by as more than 2.3 million Venezuelans suffering under socialist deprivation have been forced to flee their collapsing country. Mr. Claver-Carone’s arrival is a sign that the White House is serious about addressing the root cause of the problem.