Here’s Why Skilled Blue-Collar Work Is So Darned Fulfilling 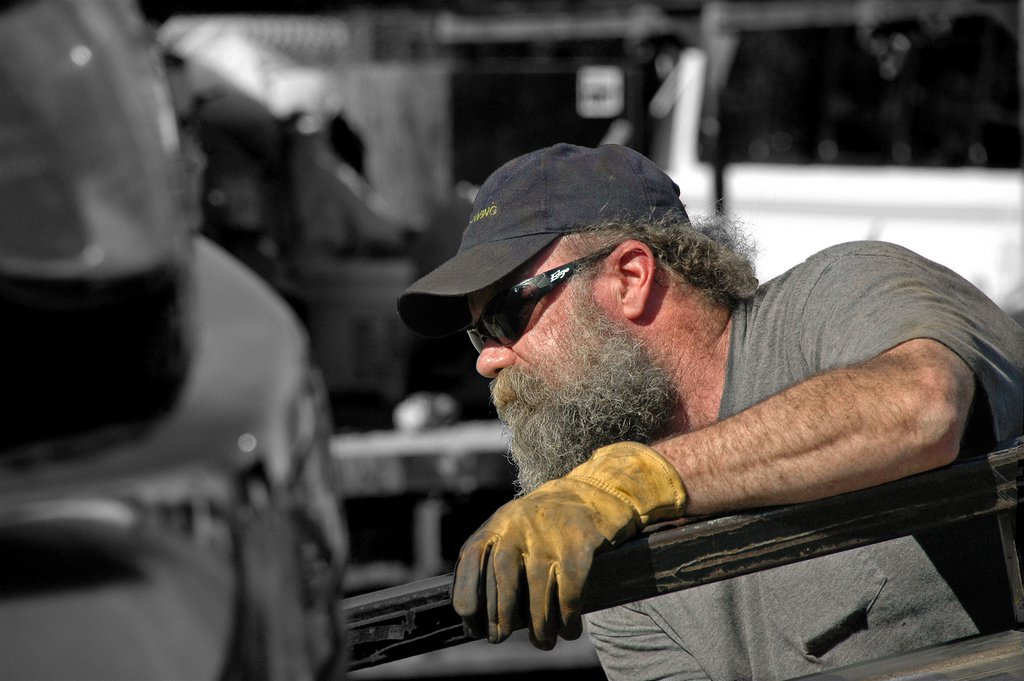 I love Labor Day. Few three-day weekends throughout the year happen at a more ideal period. With fall and football on the horizon, Labor Day inadvertently celebrates both the relief from excessively oppressive summer heat and the emphatic end of an insufferably long sports famine.

Instituted to celebrate the contributions of the working man to society, it is more likely to invoke feverish visions of backyard barbecues and the ice-cold companionship of your favorite lager. But in keeping with the meaning of the holiday I thought it a worthy opportunity to reflect on a few of the more intriguing areas of life as a blue-collar American.

An underappreciated element about vocational jobs is how intrinsically motivating they can be. A distinctly human demand that must be nurtured throughout life, lest you face a nagging sense of meaninglessness, is found in accomplishing goals.

This is a built-in feature of most vocational work. The whole industry is powered by problems in need of solutions, and no two issues a worker encounters are the same. Whether the enterprise is replacing a light fixture, installing a new motor in an air conditioner, or framing a wall, the dynamic of attaining goals can be seen in nearly all areas of these industries.

For instance, one (particularly dirty) job I would have not initially imagined offering such a sense of accomplishment is the process of clearing a clogged sink. This job is as crude as it may seem. The operator takes anywhere from a 25- to 100-foot metal cable of varying girths that is wound up in a spinning drum and powered by a pneumatic switch that the user essentially shoves down a drain line until he manually removes a clog.

As for most jobs, the distinction between a rookie and a veteran become visibly clear, if not in proficiency, then in way the operator uses the machine. My first experiences with this tool ended by bending the cable on a few different occasions and rarely clearing any lines. After repeating the effort several times I had come to realize the trick is not in cramming the cable down the drain line, but in guiding it and letting the machine do most of the work.

The process of learning brings to mind an old Taoist parable about a butcher who learned “the way” and never again needed to sharpen the knife he used to cut up oxen. He said a bad butcher must sharpen his knife monthly, a good one does it yearly, and he has not sharpened his in 19 years. While he attributes the Tao for his expert skill, his description of having developed a sixth sense for what he does and his exceedingly high level of understanding with regard to his profession rings true both for the butcher and the plumber.

Another skill set that leaves me in awe of human ingenuity is locksmithing. The intricacies and various small moving parts necessary to create a functional doorknob are truly something to behold. To make a lock work, a set of pins aligned within a cylinder (that is within a larger cylinder) is required. It typically features about six pins, each of which correspond with a particular cut on a key. Each “tooth” on this key is cut to align with a tiny pin.

The series of cuts on the key push these small pins upwards towards a spring-loaded chamber with another series of pins hidden within the larger cylinder. What makes a key able to unlock a door is pushing both sets of pins upwards into a flush position between the two cylinders. If a single pin, smaller than an inch in length, does not become flush, then the door will not unlock. The skills required to pin a lock are not necessarily difficult to develop, but the magnitude of creation and imagination, and the shaping of brass and iron that goes into making a functional door knob is truly breathtaking.

Sense of triumph and ingenuity aside, much like having access to a sink-clearing machine or a series of key pins and cutters, the right tools are of the utmost importance when faced with a series of tasks. By far, in my opinion, the best tool for almost every type of work is the reciprocating saw.

This is a genius little tool that functions like a power drill, except instead of rotating, the saw blade furiously moves in and out. With a disposable blade on the end, most often about the size of a ruler, the reciprocating saw has the capacity to cut through nearly any material. Its utility makes it a fantastic tool for any trade. I have used mine when replacing sinks, signs, cutting holes in sheet rock, and breaking down wooden pallets or worn-out furniture. Of course, as the saying goes, “When you are a hammer everything looks like a nail.” The same can be said of a man with a reciprocating saw.

Of course, this is no definitive list of the contributions of working men throughout the country, but it is among the more interesting sorts of jobs in which I find immense meaning and pleasure. When the average reader will encounter various meditations on “wage slavery” or some other hysterical half-cocked polemic about the plight of the working man, it seems only fair to point out that most of us receive a lot more from what we do than a paycheck. Working in an industry where I regularly encounter every type of tradesman, I have never heard a single complaint that registers in the same orbit as the common hyperventilating hot-takes in their name I often see in print.

Let it be said that I think it is good we get our own holiday. I am not going to suggest we deserve it, but I will certainly hope everyone spends little time thinking about the purpose of Labor Day, and focuses instead on the more important issues of cold beer and barbecues.