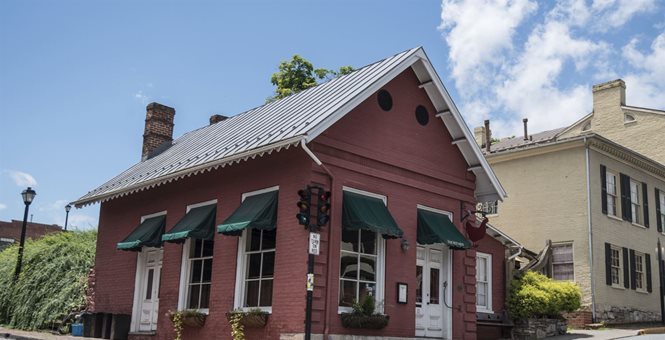 Sunday, the Roanoke Times reported that a Lexington, Virginia regional tourism council had decided to dip into its emergency fund. Why, you ask, is that necessary? Because the area is struggling in the wake of the Red Hen controversy.

The regional tourism board, with members from Lexington, Buena Vista and Rockbridge County, met with the Lexington City Council on Thursday for an update on tourism initiatives and numbers.

“For a town our size, it was a significant impact,” Williams said.

The tourism office also decided to conduct a perceptions survey in its top four markets — Roanoke, Richmond, Norfolk and Washington, D.C. The office is working with a survey company to find frequent travelers living in those areas to answer questions about whether they recall the incident, where it took place and whether it would affect their decision to travel there. A total of 400 people will be surveyed.

Stephanie Wilkinson, the owner of the Red Hen restaurant, asked White House Press Secretary Sarah Sanders to leave back in June. At the time, Wilkinson herself was the director of a local tourism group called Main Street Lexington trying to increase tourism to the city. In the wake of all of the negative press from her actions, Wilkinson resigned from that position. But you have to wonder how someone who was looking to boost tourism to the area wound up doing something so, shall we say, counter-productive.

I support Wilkinson’s freedom to run her restaurant however she wants to run it, but as I said at the time, “You can’t start a political firestorm in your own place of business and then complain when your business was burned down by the same political firestorm.” This is very much a mess of her own making but it has the potential to harm a lot of other people who also have businesses in the area. Instead of digging into the emergency fund to deal with this, maybe the tourism board should be asking Stephanie Wilkinson for the money to undo the damage.

The one thing I’m most curious about, and the Roanoke Times doesn’t really mention it, is how the Red Hen itself is doing. If tourism is still hurting because of the controversy, you would think the Red Hen would be the focus of that decline. The county is a pro-Trump area but maybe there are enough resistance-minded tourists to keep the tables full. It’ll be interesting to see if this is all forgotten in six months or whether the Red Hen takes a more permanent hit because of it.