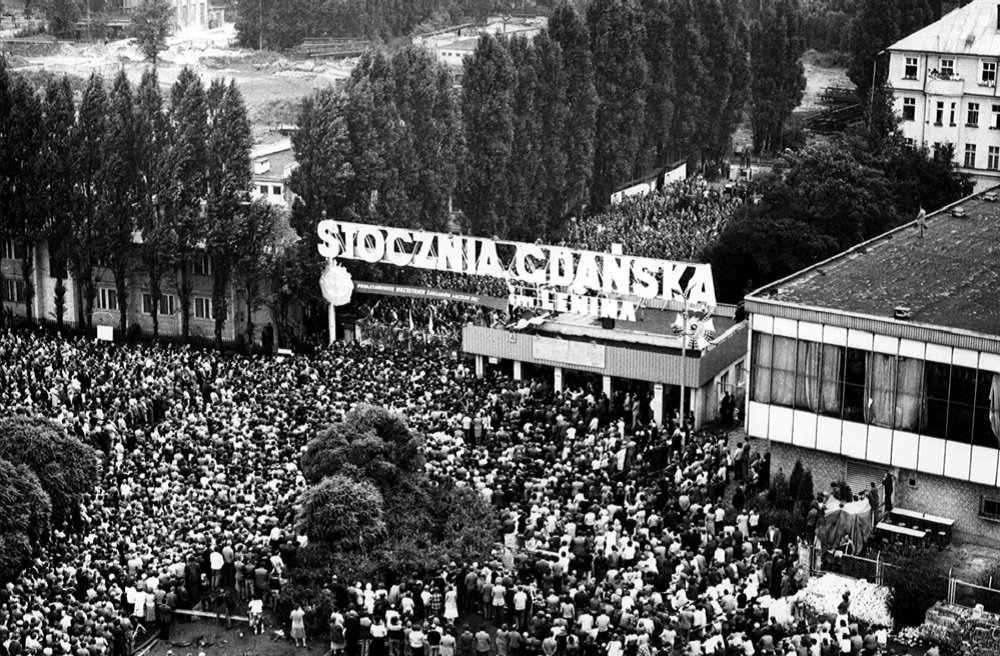 “The fall of the Berlin Wall makes for nice pictures,” said Poland’s Lech Walesa, the charismatic Gdańsk electrician who co-founded Solidarność (Solidarity), the first independent trade union behind the Iron Curtain. “But it all started in the shipyards.”

Labor Day is a good time to remember Walesa, who turns 75 in September and 35 years ago won the Nobel Peace Prize. He’s probably the most important labor leader of our era. Together, Walesa, Solidarity workers, Western leaders, and Pope John Paul II defied Soviet totalitarianism in Poland, playing a decisive role in ending the Cold War and expanding human freedom.

American students should know Walesa’s name. Unfortunately, on the history and civics portion of the 2014 National Assessment of Educational Progress, “the Nation’s Report Card,” most U.S. kids scored below “proficient.” History instruction is clearly lagging in our schools. It’s no accident, either.

The MERA was not overly prescriptive about academic content, but these co-authors insisted that the fundamentals of history, including labor history, should join English, math, and science as core academic subjects to be tested to graduate from high school. Students should learn that, throughout the 1970s and ‘80s, the Soviet puppet government and 200,000 occupying soldiers attempted to crush workers’ protests in Polish cities. This Orwellian police state even tried destroying independent labor unions and the Catholic Church.

Vatican scholar George Weigel explains that under Nazi and Soviet tyranny, Poles like the young clergyman Karol Wojtyła (later Pope John Paul II) found solace in their literature and faith. In 1979, John Paul II returned to his native Poland, becoming the first pope to visit a communist country. This “Pilgrim Pope” appealed to the deep devotion and cultural identity of millions of his countrymen, while imploring his flock to “not be afraid.” He encouraged a nonviolent revolt that gave rise to Walesa’s Solidarity movement.

A devout Catholic, Walesa and 10 million Solidarity members (a third of the Polish workforce in 1980) mobilized historic strikes over human rights violations and bread-and-butter issues, including rising food prices. By 1981, Walesa was arrested, Solidarity outlawed, and martial law imposed.

“[I]n Poland we have the very first revolution in the world conducted by the working class, directed not against a capitalist system,” the late American Federation of Teachers’ President Albert Shanker said, “but against a communist dictatorship…”

According to Pulitzer Prize-winning historian Anne Applebaum, Soviet Bloc governments tried hammering all civic institutions into conformity with their authoritarian worldview. As Walesa has noted, “Communism is a monopolistic system, economically and politically.” But free societies require knowledge of self-government. This knowledge, however, is rapidly becoming in shorter and shorter supply in American schools, just like they are in Massachusetts.

Even though key elements of American civics are specifically listed in Bay State law, for the last 25 years educrats have essentially consigned the basic lessons of democratic liberty to school dustbins. History and civics were brushed aside in 2009, when Gov. Deval Patrick claimed Massachusetts couldn’t find $2.4 million in a $35 billion state budget to fund the history MCAS test. Since then, Cold War and labor history have been exiled to Siberia in most classrooms.

Similarly, most states do not require history tests for most students, and when they do, they do not focus on content knowledge but are increasingly politicized and watered down. This spring, the Baker administration degraded Massachusetts’ formerly nation-leading history standards by letting state functionaries add 50 pages of academically empty edu-jargon and mandatory “project-based” and “service learning” busy work. This sort of thing is happening across the country.

Meanwhile, statewide polling in 2012 and 2018 shows that clear majorities of Massachusetts parents, teachers, and legislators support restoring the history MCAS exam. Most Americans likewise support children learning about the key facts and figures of American and world history, things like the Solidarity movement in Poland that helped break communism there.

“A shipyard is a window to the world,” Walesa said. American schoolchildren desperately need to acquire a heroic vision of the human spirit drawn from the hard lessons of history. Studying the courage of a Polish Nobel Prize-winning labor leader, a momentous workers’ uprising, and a fearless sainted pope who resisted tyranny would help topple the walls that block students from understanding our shared past.