Democrats and protesters interrupted the the hearing for hours.
Dozens of liberal protesters were arrested and dragged screaming from the committee hearing.

Outside the hearing room another group of left-wing protesters dressed in Handmaid’s Tale gowns and demonstrated in on the balcony.

NOW: Waiting outside Kavanaugh hearing room. A silent but rather clear protest. (Re: abortion.) pic.twitter.com/VHku1dDEkS

Now we know who was behind the protest.

On Tuesday before the hearing OANN reporter Jack Posobiec ran into the liberal Handmaid’s Tale protesters at a Starbucks.

Jack recognized their protest leader.
Her name is Lacy MacAuley and she is the DC leader of Antifa. 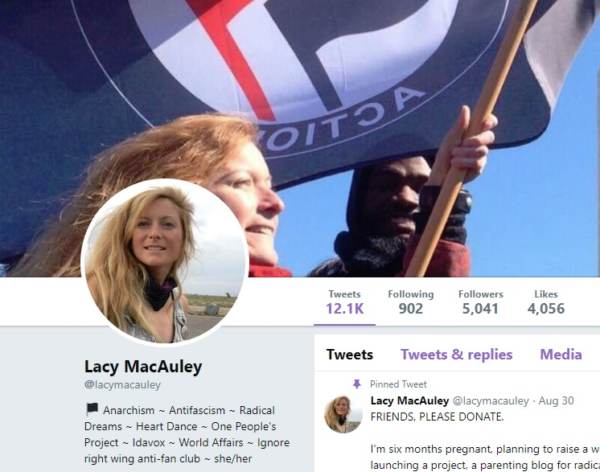 For the record – Lacy McCully MacAuley has been stalking conservatives for a long time.