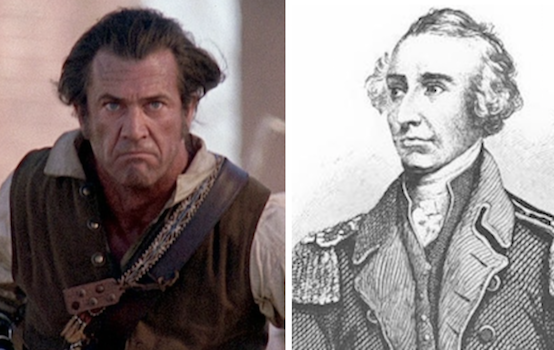 CHARLESTON, S.C.—The Southern memorial controversy is here, too, in South Carolina. For example, a September 1 headline on the op-ed page of the Charleston Post and Courier reads, “History in the making — and breaking.”  The piece notes the loud controversy over a towering statue of John C. Calhoun, which dominates a downtown landmark, Marion Square.

Strictly speaking, Calhoun wasn’t a Confederate; he died in 1850, more than a decade before the Civil War. Yet he was a slaveowner, and an ardent defender of slavery. And so of course, as a prominent legal theorist as well as an active politician, he was at the forefront of the great debates of his day, in which slavery was always at least a subtext. And so when the author of that Post and Courier piece, one R.L. Schreadly, writes, “My advice, for what it’s worth, is let well enough alone,” he knows that the pressure on Calhoun will likely continue to mount.

We can leave Calhoun, and his memory, for another time. Instead, for now, we might take note of another historical figure peripherally involved in the Calhoun controversy, Francis Marion, a hero of the American Revolution. Marion gave his name to Marion Square, the site of Calhoun’s controversial statue.

Marion’s name is, in fact, splashed all over his home state; in Florence, for instance, there’s Francis Marion University. Indeed, according to one source, there are more place-names in America named after him than any other Revolutionary War figure, save George Washington. Yet like Calhoun—and, of course, Washington–Marion was a slaveowner. So while there’s no evidence that anyone is targeting him today, one has to wonder if, over the long run, his place in our history is secure.

This author, himself a Yankee, has always been fascinated by Marion. Decades ago, when working in the Reagan White House, my boss, the late Lee Atwater, a South Carolinian, proudly kept a portrait of Marion on his office wall. Atwater would point to it and regale listeners with tales of Marion, the “Swamp Fox,” who always took the enemy by surprise. Himself a devoutly Machiavellian political operative, Lee felt a kinship to Marion that extended beyond geography; he saw himself as similarly stealthy and effective—and in his way, he was.

Some may recall that the 2000 Mel Gibson movie, The Patriot, was loosely based on the military career of Marion—although the connection between real history and reel fantasy was loosened to the point of non-existence in a biting review in Slate by the historian Michael Lind.

So if one wishes to get a better sense of the real Francis Marion (1732-1795), one could start by visiting the Low Country here, where the Swamp Fox fought his battles against the Redcoats and Loyalists. The area has changed enormously, of course, and yet still, thanks in no small part part to energetic environmental conservation, there’s plenty of spartina grass, pluff mud, and salt marshes to get one in an historically musing mood.

And while there are many biographies of Marion, it seems most fitting to rely on a work that was written close to Marion’s own time. That would be an 1805 volume, The Life of General Francis Marion, a Celebrated Partisan Officer, in the Revolutionary War, against the British and Tories in South Carolina and Georgia. The co-authors were Peter Horry, a revolutionary comrade of Marion’s (there’s a Horry County, South Carolina), and Mason Locke Weems (a prolific author in his time, remembered today as “Parson Weems” and credited with the George Washington cherry-tree story).

So while the book tends to be, shall we say, admiring, it has the benefit of proximity; after all, Horry fought alongside Marion, and Weems later interviewed him. And the tale is, indeed, stirring, in no small part because of the exotic locale. As they write of Marion, “He taught us to sleep in the swamps, to feed on roots, to drink the turbid waters of the ditch, to prowl nightly round the encampments of the foe, like lions round the habitations of the shepherds who had slaughtered their cubs.”

Yet Marion was much more than a knife-between-the-teeth warrior; in the course of the book, the reader meets a man who had obviously thought deeply about the local political economy. In one passage, Marion observes that the white population of his state “form but two classes, the rich and the poor.” The poor, he continues, might not be slaves, but monetarily speaking, they are little better off, since they are excluded from the then-thriving plantation economy. As such, Marion adds, the poor are more interested in drinking than learning: “They know nothing of the comparative blessings of their own country, nor of the great dangers which threaten it, and therefore care nothing about it.” And yet as for the rich, “They are generally very rich, and consequently afraid to stir,” lest they risk their estates and property.

So by this class-bound reckoning, it’s something of a marvel that any South Carolinian fought in the Revolution. And yet, of course, fight they did, at least enough of them. Still, even in military victory, Marion’s bleak political assessment—that the class chasm was weakening the will to fight—was vindicated. In one incident chronicled in the book, 30 American patriots lurked in hiding while a British unit of 90 men, transporting 200 American prisoners, paused for the evening and then drank itself into a stupor. Whereupon Marion’s men attacked, overwhelmed the British, and freed their fellow Americans. And yet of the 200 freed Americans, not a one wished to join Marion’s force—they just weren’t interested. At that point, some of Marion’s patriots temporarily gave in to despair: “Where is the use of fighting now, when all is lost?”

Yet still, Marion soldiered on, soldiering onward to victory.

Late in his life, the political lessons of the Revolution stayed with him. When biographer Weems asked Marion what South Carolina most needed, post-war, he answered strongly, “free schools.”

And when Weems speculated that the state’s leaders might not wish to fund such an expense, Marion answered with an exclamation: “God preserve our legislature from such ‘penny wit and pound foolishness’! What sir, keep a nation in ignorance, rather than vote a little of their own money for education! Only let such politicians remember, what poor Carolina has already lost through her ignorance. What was it that brought the British, last war, to Carolina, but her lack of knowledge? Had the people been enlightened, they would have been united; and had they been united, they never would have been attacked.”

So we can see: Marion might have been a Southern slaveowner, and yet in his own way, he was a child of the Enlightenment. That is, along with, say, Thomas Jefferson—another Southern slaveowner—Marion had faith that education and uplift were the keys to a stronger society. Indeed, he even supported higher taxes to achieve that goal.

A critic might say, of course, that Marion’s vision was for whites only, and so he was a racist. And while that might have been the case, the applying of contemporary labels to historical figures is a still a dubious exercise. Marion, after all, lived and died in the 18th century. So we can never know what he, or any other historical figure, might have thought had he lived in a different era—just as we can never know what we would be thinking if we lived in a different era.

So while one can speculate as to how Marion, or Jefferson—or, who knows, maybe even Calhoun—might have changed, were they alive today, it’s better just to evaluate them in the context of their own time.

And by that reckoning, Francis Marion deserves to be remembered fondly, not only for the revolutionary battles he won, but for the evolutionary ideals he held.

James P. Pinkerton is an author and contributing editor at The American Conservative. He served as a White House policy aide to both Presidents Ronald Reagan and George H.W. Bush.