So now Levi Strauss has moved into the gun control game 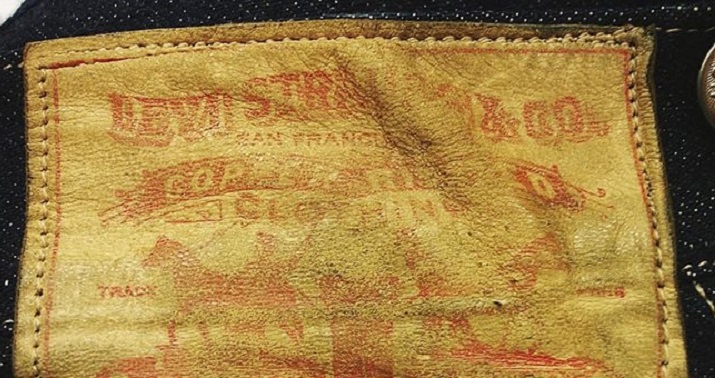 Readers of “a certain age” may remember some television campaigns from back in the day where advertisements for Levi Strauss jeans urged you to “find your inner cowboy.” Here’s one of them, stored for us through the magic of YouTube. It depicts a series of parallel images, with a young man putting on his jeans juxtaposed against a cowboy in jeans strapping on his gun belt. The belt contains a large number of extra bullets and, as you might expect, a handgun. The ad finishes with the modern young man looking in the mirror and making a gun signal with his thumb and forefinger.

Times have certainly changed, it seems. The former freedom and gun-toting company has decided that they “simply can’t stay silent” and has joined in with a Bloomberg backed gun control group. (The Hill)

Levi Strauss’s CEO and President Chip Bergh wrote in Fortune on Tuesday that the company “simply cannot stand by silently when it comes to issues that threaten the very fabric of the communities where we live and work.”

“You may wonder why a company that doesn’t manufacture or sell guns is wading into this issue, but for us, it’s simple,” Bergh wrote. “Americans shouldn’t have to live in fear of gun violence. It’s an issue that affects all of us — all generations and all walks of life.”

The company’s CEO, in making this announcement, is trying to have his cake and eat it too. He knows what a potentially disastrous move this is for his bottom line, so he’s quickly pointing out that he’s not trying to repeal the Second Amendment (perish the thought), nor is he blaming responsible gun owners. But he’s speaking the langue of Democrats and the hard left by talking about “sensible” gun control regulation. Also, he’s not just forming his own “sensible” gun control initiative, but throwing in with Everytown for Gun Safety. The Bloomberg-backed group has been one of the leaders in calling for gun bans, including so-called “assault rifles,” and not just talking about background checks.

We’ve seen this movie before and it generally doesn’t end well for companies that decide to dive into contentious political issues. You risk alienating more than half of your potential customer base. (Support for the Second Amendment remains a majority position in this country.) The most curious aspect of this announcement is the question of why Levi Strauss would willingly toss themselves into this particular battle. They don’t sell guns so they’re not forced into any sort of a decision like Dick’s Sporting Goods or Walmart. They’re not even tangentially involved in the industry. If they wanted to make a more subtle statement they could simply stop running advertisements showing firearms and deploy a new marketing strategy. But by making a big deal out of the announcement, Bergh is exposing his company, his employees and his shareholders to a self-inflicted wound. We’ll keep an eye on their stock prices and sales to see just how much America appreciates his participation in this debate.