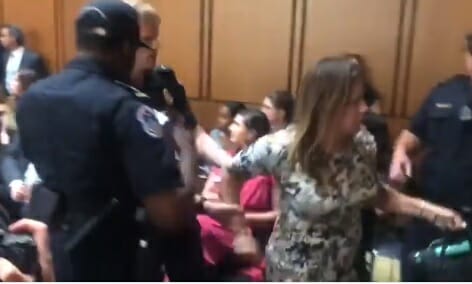 Democrats and protesters interrupted the the hearing for hours.
Dozens of liberal protesters were arrested and dragged screaming from the committee hearing. 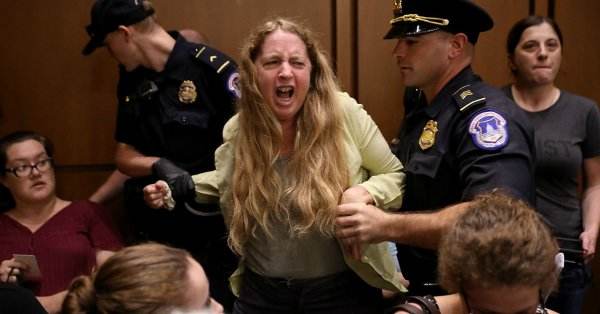 Screaming leftists continued to disrupt the hearing for several hours.

Now this…
Several doctors from Texas attended the hearing today and told interviewer Adam Schindler that they witnessed organized activists with a literal bag of cash paying the rent-a-mob protesters. 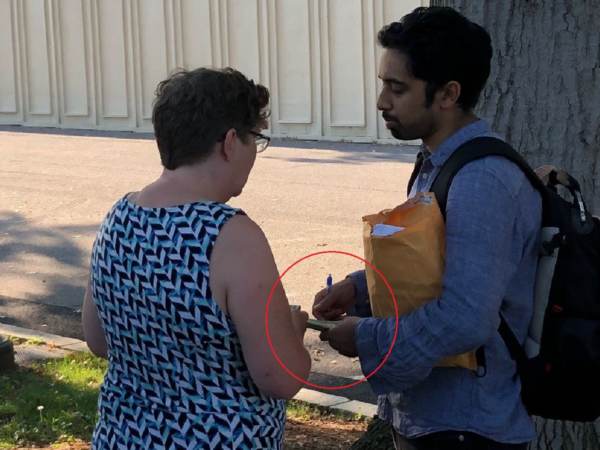 Real Clear Politics has a transcript of the doctors’ comments as offered to Schindler outside the hearing.

TOM SCHLUETER, TEXAS: Hello, I’m Dr. Tom Schlueter from Texas, we came here to participate in the hearings, to get in the line. They told us to be here at 8:00, 8:30 at the latest, to get in line to go inside and hear the hearings. We got here at about 8:15 and there was already 100 people in line, and most of them would be probably classified by me as ‘opposing everything going on with Judge Kavanaugh,’ and so we began to see a process of things unfolding as we were standing in line that kept the line from going ahead.

One thing was there were people who had come along… who had a bag of money, and people would hand them a piece of paper, and then they would give them money. So we know money was exchanged for some of the people to be here, just to protest.

There was no depth to what their understanding, they were just here to be a disruption, protesters. They were actually told, we heard them say this, ‘when you go in, we want you to yell, to scream, and even possibly to get arrested.’ So that was some of the processes we saw happening…

Liberal groups are out in force this week at the Kavanaugh hearing.

We’re in DC outside the Senate building where the #Kavanaugh confirmation hearings are being held. Find a protest near you this week at https://t.co/cVmiL2ZaE9 to #StopKavanuagh as part of building the movement to drive out the fascist Trump/Pence regime! #TrumpPenceMustGo pic.twitter.com/EAw4jQ54CV