You Buried the Queen but Soul Was Already Dead 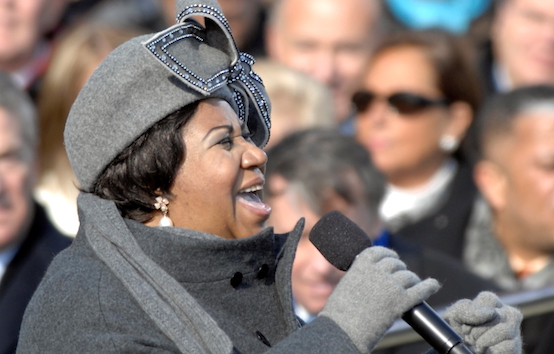 Any list of all time great live albums that does not include both “Amazing Grace” and “Live at Fillmore West” is unworthy of consideration. For the same person to have released both these records would be extraordinary if her name was not Aretha Franklin. The dynamic range of vocal performance, from the gospel of the former to the rhythm and blues of the latter, accounts for magnificent qualification of Franklin for the moniker, “Queen of Soul.”

Reverend Don Parsons, one of the few ministers that Franklin honored with the award bearing her legendary father’s name, C.L. Franklin, said shortly after Aretha’s death that, no matter what she did, she was “sanctified.”

“She would take you to church,” Rev. Parsons shouted, “whether she was singing about ‘Amazing Grace’ or ‘Dr. Feelgood.’”

Those two songs, despite their lyrical divergence, provided Franklin with opportunities to demonstrate the ancient truth that art is the ordering of form out of chaos. The chaotic inspiration is the internal whirlwind of emotion, and the most moving and gifted of singers, achieve the magic trick of simultaneously surrendering to that emotion, almost allowing for musical possession, while amplifying a craft they have spent years carefully cultivating.

Aretha Franklin completed formal training at the Juilliard School. In 1998, she served as a substitute for an ailing Pavarotti, performing a beautiful rendition of “Nessun Dorma” at the Grammy Awards.

It was the influence of the church, however, that was the most constant force of musical power and instruction in her life. The ecstatic and redemptive moment of deliverance—what human beings universally thirst and toil to acquire—is what she best dramatized through the communicative medium of song.

As Rev. Parsons succinctly and correctly explained, Franklin could sing of the physical pleasures of sexual intimacy and reach the transcendent heights of spiritual joy, without conflict, and with a seamless ability to transmit the feeling to the audience. Walt Whitman declared himself, “the poet of the body and the poet of the soul.” Franklin was the songstress of the body and the songstress of the soul.

Ralph Ellison, in his tribute essay to Mahalia Jackson, not only anticipated the eventual honorary title for Aretha Franklin, writing that the best women singers form an “artistic aristocracy.” He also attributed Jackson’s true strength and specialty to her foundational Sundays of singing in church: “It could be seen that the true function of her singing is not simply to entertain, but to prepare the congregation for the minister’s message, to make it more receptive to the spirit, and with effects of voice and rhythm to evoke a shared community of experience.”

As was the case with Franklin, Ellison praised Jackson for always making music that was “intensely religious,” even when the style was secular.

Ray Charles, who joins Franklin for a soul shaking duet on “Spirit in the Dark” near the end of the Fillmore West record, once explained that the only difference, in musical approach, between singing gospel and singing soul is that in one genre he sings love songs to God, and in the other, love songs to a woman.

Gospel, and what Craig Werner, author of A Change is Gonna Come: Music, Race, and the Soul of America, calls the “gospel impulse”—the process of bearing witness to trouble and finding faith in a better tomorrow—is in the soil underneath every form of life in the opulent garden of American music. Elvis Presley defined rock ‘n’ roll as “basically gospel and rhythm and blues put together, and Garth Brooks once argued that every great country singer came out of the church.

Even when infused into depiction of earthly pleasure, the gospel impulse gave R&B, rock ‘n’ roll, and country its emotional vitality and accessibility. The church also provided singers with the essential network of sympathy and support that, to return to Ellison’s words, amounts to a “shared community of experience.”

Aretha Franklin rose to her triumph, all while harvesting her talent, with the crucial nurturance of her church. Many fans incorrectly identify her as a “Motown” artist, because she came of age in Detroit. Even though Franklin never spent any time recording for Berry Gordy’s Motown label, the musical home of Smokey Robinson, Diana Ross, and Marvin Gaye is relevant.

Gordy transformed his record company into a churchly community—all of the major recording artists and backup musicians lived within blocks of each other. They collaborated, helping to enhance each others’ strengths and mitigate their weaknesses. Surrounded in love, young artists feel freer to take on risk, especially that of the emotional vulnerability accompanying any genuine expression.

Whitney Houston, the goddaughter of Aretha Franklin who even in her transition to pop diva stardom never abandoned her gospel cradle, is a stunning example of the power of religious expression as basis for musical creation. One of the tragedies of her life is that she alienated herself from the community that helped make her greatness possible. American music is doing the same.

The gospel impulse and strong communities of tenderness are exactly what are missing from contemporary American music. Their absence largely explains why so much of popular songs are seemingly for people who cannot feel and do not want to think. Reviewing the current charts of top selling hits provokes one to wonder if Aretha Franklin’s heir to the throne—wherever she lives—could even gain mainstream exposure in a culture of tepid, autotuned mediocrity.

As communities crumble, art weakens, and as the gospel impulse loses influence, music loses its meaning, purpose, and power. It is not just the absence of religious expression on the airwaves, but also the decline in love songs that demonstrates a sad cultural transformation.

John Blake, writing for CNN in 2011, wrote, “Listening to black music today is depressing. Songs on today’s urban radio playlists are drained of romance, tenderness and seduction. And it’s not just about the rise of hardcore hip-hop or rappers who denigrate women. Black people gave the world Motown, Barry White and ‘Let’s Get It On.’ But we don’t make love songs anymore.”

There are few exceptions under the age of 50 who summon deep feeling in the performance style. The 25-year-old singer Ariana Grande, before enduring imbecilic jokes about her name, struggled to get through her performance of “Natural Woman” at Aretha Franklin’s funeral. Who among her peers could have outsang her?

Jennifer Hudson, who gave a towering performance of “Amazing Grace,” is 36. Alicia Keys is 37. Mary J. Blige is 47. Adele just entered her thirties.

Beyonce, likely the most popular singer alive, is 36, and better than anyone else, personifies the conflict within music through her attempt to mediate it. Although many of her performances serve as tribute to her own egomania, she often combines a traditional singing style with modern, technological pop trickery. The hybrid of her style partially accounts for her singular success—something about her can appeal to almost any pop, hip hop, or R&B fan—but shows more of a break from Aretha Franklin than a bond.

There are seemingly few mainstream singers who aspire to make an audience receptive and ready for inspiration. As Ellison understood and articulated, to inspire is to breathe life into the audience.

For the emotional exchange of music to transpire, the singer must start with the element of passion—something that a producer cannot inject into a song using a button on a computer and that a marketing specialist cannot achieve no matter how sophisticated the packaging and promotion.

Passion is not “cool,” and perhaps, never has been cool. It is diametrically opposed to the detachment and impenetrability necessary for maintenance of a cool image. Aretha Franklin was many things, but “cool” was never one of them.

Art, classical and popular, can energize, uplift, and challenge culture. But it also reflects it. What a sad indictment of contemporary America that its most famous singers are so cool that they have become ice cold.