The Lopsided Balance Sheet of the Forever War 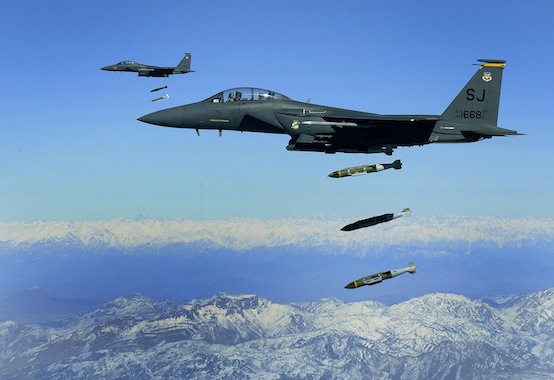 “It is time for this war in Afghanistan to end,” said General John Nicholson in Kabul on his retirement Sunday after a fourth tour of duty and 31 months as commander of U.S. and NATO forces.

Labor Day brought news that another U.S. serviceman had been killed in an insider attack by an Afghan soldier.

Why do we continue to fight in Afghanistan?

“We continue to fight simply because we are there,” said retired General Karl Eikenberry who preceded Nicholson.

“Absent political guidance and a diplomatic strategy,” Eikenberry told the New York Times, “military commanders have filled the vacuum by waging a war all agree cannot be won militarily.”

This longest war in U.S. history has become another no-win situation.

Yet if the 14,000 U.S. troops in Afghanistan were pulled out, the regime would fall, the Taliban would take over, and the massacres would begin.

So America stays in and soldiers on. But for how long?

The 17th anniversary of 9/11, now imminent, appears a proper time to take inventory of our successes and failures in the forever wars of the Middle East into which America has been plunged in this new century.

In Afghanistan, the Taliban is more pervasive in more provinces than at any time since the regime was overthrown in 2001.

In the seven-year Syrian civil war that we helped ignite by arming rebels to overthrow President Assad, the conflict appears headed for its largest, bloodiest, and most decisive battle.

The Syrian army, backed by Russia and Iran, is preparing to attack Idlib province. Three million people live there and 70,000 rebels are encamped, including 10,000 al-Qaeda fighters.

In a Monday tweet, President Donald Trump warned Syria against attacking Idlib, and warned Iran and Russia against joining any such attack: “The Russians and Iranians would be making a grave humanitarian mistake to take part in this potential human tragedy. Hundreds of thousands of people could be killed.” America and Russia both have warships in the Eastern Med.

National Security Advisor John Bolton has warned that Syria’s use of gas in Idlib would trigger a U.S. military response. This is an invitation for the rebels in Idlib to conduct a false-flag gas attack to lure American airpower to their side.

Monday in Damascus, the Iranian foreign minister said the time had come to eradicate the terrorist enclave in Idlib. If the Syrians, Russians, and Iranians are not bluffing, and the American warnings are serious, we may be headed for a U.S.-Russia clash inside Syria.

Yet, again, what vital interest of ours is imperiled in Idlib province?

On Monday, Saudi Arabia admitted to having made a mistake when, using a U.S.-made fighter-bomber, a school bus was attacked, killing dozens of Yemeni children in a humanitarian horror of a war.

The Saudi campaign to crush Yemen’s Houthi rebels and return the previous regime to power in Sanaa could never succeed were it not for U.S.-provided planes, missiles, bombs, and air-to-air refueling.

We are thus morally responsible for what is happening.

In Libya, where we overthrew Moammar Gaddafi, rival factions now control Benghazi in the east and Tripoli in the west. August saw fighting break out in the capital, threatening the U.N.-backed unity government there.

In Iraq, which we invaded in 2003 to strip it of weapons of mass destruction it did not have and bring the blessings of democracy to Mesopotamia, rival factions are struggling for power after recent elections saw pro-Iranian and anti-American forces gain ground.

Meanwhile, the Iranian currency is sinking as a November deadline approaches for Europe to choose between cutting ties to Iran or losing U.S. markets. While the Tehran regime has threatened to close the Strait of Hormuz if its oil is denied access to world markets, it faces economic strangulation if it does not submit to U.S. demands.

When one adds up the American dead and wounded from the wars we have launched since 2001, along with the Arab and Muslim wounded, killed, orphaned, widowed, uprooted, and refugees, as well as the trillions of dollars lost, what benefits are there on the other side of the ledger?

Now we appear to be moving towards confronting Russia in Ukraine.

In an interview with The Guardian last week, U.S. special envoy to Ukraine Kurt Volker said Washington is ready to build up Ukraine’s naval and air defense forces, given Russia’s continued support for separatists in the Donbass. The administration is “absolutely” prepared to supply new lethal weaponry, beyond the Javelin anti-tank missiles delivered in April.

But if a Ukrainian army moves against pro-Russian rebels in Luhansk and Donetsk, and Russia intervenes on the side of the rebels, are we really prepared to come to the aid of the Ukrainian army?

President Trump has yet to withdraw us from any of the wars he inherited, but he has kept us out of any new wars. That’s a record worth preserving.