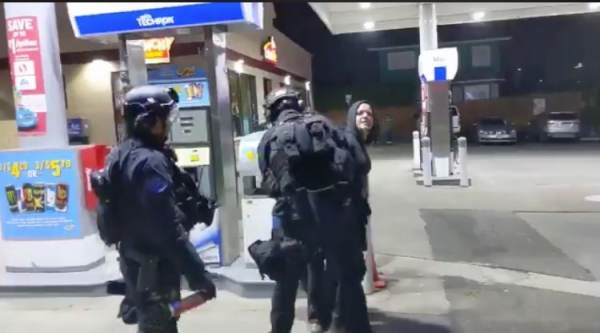 Antifa domestic terrorists took to the streets of Portland in another night of violent riots Friday night.

Antifa-BLM militants have been rioting non-stop in Portland for more than 3 months.

Portland Police last night rushed to make arrests and took Antifa to the ground. They screamed and resisted arrest.

Portland Police rush in to make arrests tonight in north Portland. Antifa rioters are taken to the ground. They scream and resist arrest. #PortlandRiots pic.twitter.com/vbXVISset5

Portland Police tackled a black bloc militant in North Portland, yanked off her black mask and threw it on the ground.