The Left’s Dangerous Delegitimization of the Election 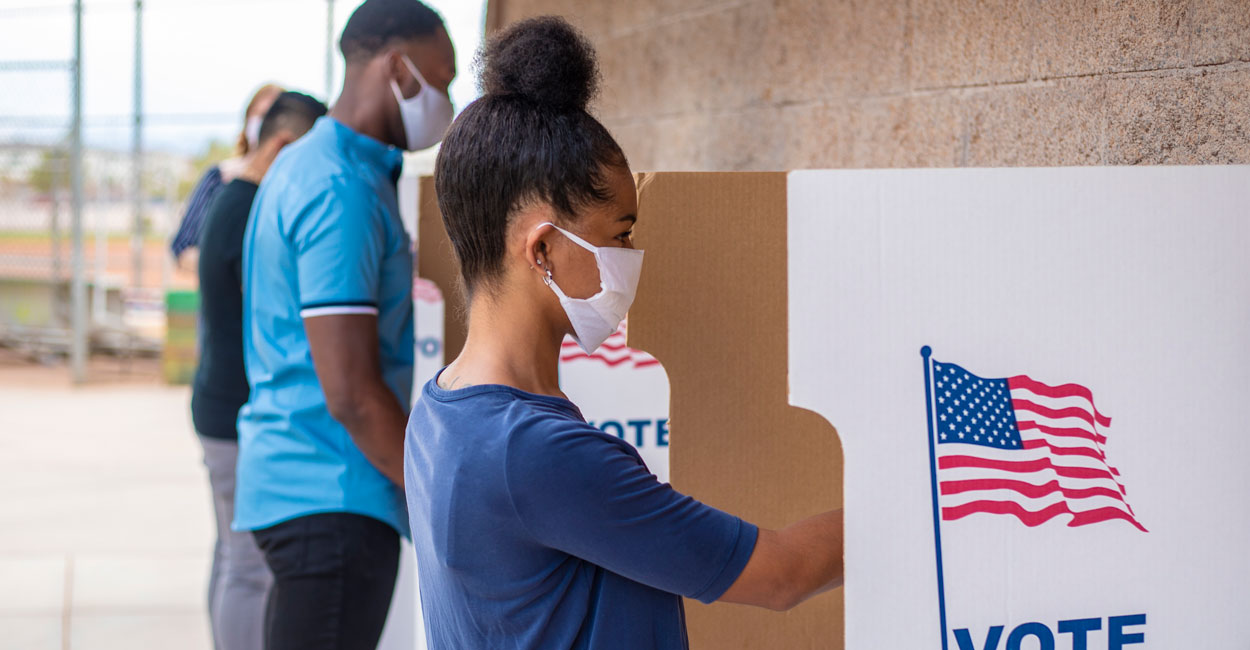 A recent article in The Washington Post’s Outlook section, “What’s the Worst That Could Happen?”—which explores various potential outcomes of the 2020 presidential election—found that in “every scenario except a [Joe] Biden landslide, our simulation ended catastrophically.” According to the Post, any other outcome is destined to spark “violence” and a “constitutional crisis.”

Or, in other words, nice country you got there…

Every assumption in the article, written by Rosa Brooks, a Georgetown University law professor and co-founder of the Transition Integrity Project, is awash in the conspiratorial paranoia. It’s a world where Trump officials are “ruthless and unconstrained right out of the gate” but the genteel statesmen of Team Biden “struggled to get out of reaction mode.”

It is a place where Republicans aren’t only reflexively seditious and autocratic, but where a “highly politicized” Supreme Court tries to steal the election.

One of the scenarios, we learn, “doesn’t look that different from 2016″—a contest in which, it must be pointed out, not one vote has been proven to be uncounted or altered. In that outcome, America is confronted with “a big popular win for Mr. Biden, and a narrow electoral defeat.”

In the real world, incidentally, that scenario is called a “Trump victory.”

In the fictional war game, however, John Podesta, playing the role of Biden, contends that his party won’t let him concede the race, and instead alleges “voter suppression”—the catchall go-to every time a liberal loses—and persuades the Democratic governors of Trump-won states such as Wisconsin and Michigan to send pro-Biden electors to the Electoral College.

In the meantime, California, Oregon, and Washington threaten to secede from the union if Trump takes office. The Democrat-led House unilaterally names Biden president. “At that point in the scenario,” The New York Times’ Ben Smith explains, “the nation stopped looking to the media for cues, and waited to see what the military would do.”

This scenario is what a real-life “coup” might resemble. It is, needless to say, utterly insane that the left would destroy the nation’s longstanding and peaceful transition because they refuse to accept the mandated process of electing the president. All of which is to say the proactive—and retroactive—delegitimization of the Trump presidency has been a successful four-year project. It permeates the entire Democratic Party’s information complex.

First, liberals convinced millions of Americans that a handful of inept and puerile social media ads were enough to overturn a presidential election in the most powerful nation on earth. By 2017, a majority of Democrats believed that vote tallies had been tampered with by Russians, somehow without a trace of evidence.

Since then, the left has been working to convince themselves there is no legitimate way in which Trump could win the election again. A large number of high-profile left-wing columnists have laid the groundwork to make this case and high-profile politicians have joined them.

Hillary Clinton’s advice to Biden not long ago was to not concede defeat on the night of the Nov. 3 election no matter what happens. In January, during the impeachment trial, Rep. Adam Schiff, D-Calif., said, “The president’s misconduct cannot be decided at the ballot box, for we cannot be assured that the vote will be fairly won.”

House Speaker Nancy Pelosi, D-Calif., has noted that to “let the election decide” is a “dangerous position” because Trump is already “jeopardizing the integrity of the 2020 elections.”

It’s worth pointing out as well that the dynamics of the presidential election would be completely different if the popular vote actually existed. But candidates do not compete for the popular vote, so they can neither “win” nor “lose” it. If they did try to win the popular vote, they would cater to the largest population centers, and no one else, and elections would look very different.

I’m not sure that that setup would work out for Democrats exactly as they imagine, but it doesn’t matter. A popular vote undercuts federalism, one of the foundational ideas of the founding. And that’s the point.

So a significant minority of American voters don’t believe the next election will be legitimate before it has even been conducted. What happens when every long line at the polls and every Facebook meme and every delayed mail-in ballot is turned into a nefarious plot by the enemy to snatch democracy from the rightful winner?

It’s going to be ugly, indeed. If their “war games” are to be believed, then that’s what the left is counting on.