The Habsburgs: From Global Influence to Postwar Decline 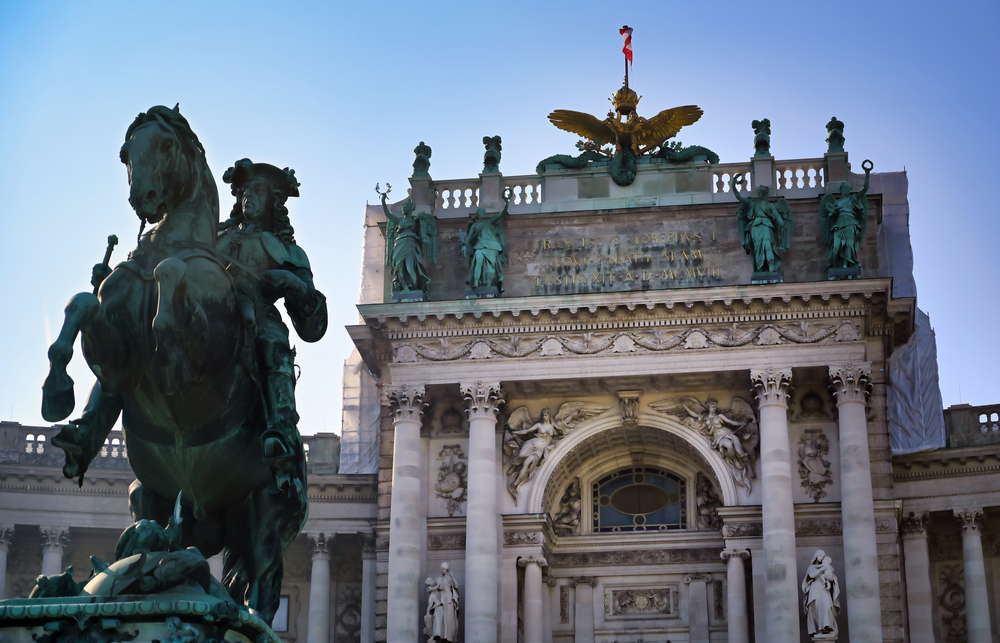 A new book shows how the House of Austria was so much more than a costume drama about another royal family.

According to its apparently dubious charter, the royal House of Habsburg emerged from an obscure canton in present-day Switzerland in the early 11th century—several decades before the Norman conquest of England and several decades further removed from Pope Urban II’s call for a Crusade into the Holy Land. At the very least, Werner the Pious, the count of Klettgau, established what became the Habsburg Dynasty by 1080, a good decade and a half before Urban called the Council of Clermont. The Habsburgs’ domain, in larger or smaller form, persisted for the next nine centuries: first as a German kingdom before ascending to the throne of the Holy Roman Empire, surviving its 1806 dissolution by Napoleon, and then spending the long 19th century at the helm of the polyglot Austro-Hungarian Empire. This 11th-century creation finally came to an end with the November 11, 1918 Armistice when Karl I renounced his position as head of state and declared self-determination for Austria.

Martin Rady’s excellent new history of the Habsburgs covers the family’s entire run clearly and concisely. Similar in tone to Andrew Roberts’ Churchill: Walking with Destiny (2018), Rady’s account of the Habsburgs is a lively and character-driven tale. Amid the current scramble for content on an ever-proliferating number of media platforms, The Habsburgs would make for a compelling upmarket miniseries in the vein of Medici or The Crown.

This account of the House of Austria is not merely a costume drama featuring a prominent royal family. It is global in scope, stretching far beyond the Hofburg’s wars of continental succession and competition with the Ottomans for control of southeastern Europe. Rady makes use of an array of transcontinental contemporary scholarship in this work of synthesis. He places Habsburg rule in Spain in a global context, describing the role that Philip II’s regime played in turning Bolivian silver into a common currency across the Atlantic and the Pacific. Rady also discusses the expansion of the Inquisition in the Habsburg Empire during the 1580s, as the persecution of the Jewish Diaspora spread to New Spain.

A noteworthy late 18th century episode featured in The Habsburgs is Maria Theresa’s ill-fated efforts to challenge the mercantile might of the British Empire on the subcontinent. The short-lived Austrian East India Company, which was led by a Dutch seaman and charlatan named William Bolts, went belly-up, and Bolts’s creditors seized the royal charter company’s cargo. The collapse of the Austrian East India Company precipitated the failure of Antwerp’s Pietro Proli Bank, bringing about one of the 18th century’s largest and most notorious bankruptcies.

Rady has a great eye for the peculiar in his storytelling. He takes great pleasure in describing the veritable haunted house that the Viennese Court became under Rudolf II in the late 16th and early 17th centuries. The Hofburg became the domain of alchemists, astrologers, and self-styled wizards. Long after Rudolf II’s successors cleared all the necromancers from the court, a bout of occultist fever hit the Habsburgs’s realm with a vengeance in the 18th century. Beginning in Serbia, lurid tales of vampirism, conjurers, and mummified corpses attacking villagers spread throughout central and southeastern Europe during the 1730s and 1740s. Enlightened despot Maria Theresa tried to cast the light of reason on these supernatural phenomena by sending teams of doctors to investigate the wellsprings of nightmares that dotted her Empire. “For good measure,” Rady writes, “she also banned the prognostication of winning lottery numbers.”

Juxtaposing the Vampire craze with the budding Enlightenment in central Europe demonstrates one of the greatest strengths of Rady’s account. He does an excellent job of using evocative stories to make broader points about social and political changes within the Holy Roman Empire and Austria-Hungary. Rady points to a similarly fascinating story from the waning days of the Austro-Hungarian Empire. In a confluence of modern commerce and competing nationalisms, we learn of the immense trade in Franz Joseph-themed trinkets in the latter days of his reign, as the avuncular 80-something emperor served as the strongest tie binding together the fracturing, fin de siècle Austro-Hungarian polity. Everything from aprons to ashtrays to fluffy tomes about his life with titles like Hooray Hapsburg bore his visage.

Despite the big tent of support enjoyed by the Emperor, the assassination of the Emperor’s 50-year-old heir Franz Ferdinand by a dissident Bosnian Serb nationalist led to the unmaking of the Habsburg regime during the Great War, as the Austro-Hungarian Empire tied its fate to that of Germany. A little more than four years after Austria-Hungary declared war on Serbia, the Habsburg realm unmoored into six separate states and the Kingdom that began in a Swiss backwater receded into history.

Clayton Trutor holds a Ph.D. in U.S. History from Boston College and teaches history at Norwich University in Northfield, Vermont. He’d love to hear from you on Twitter: @ClaytonTrutor.