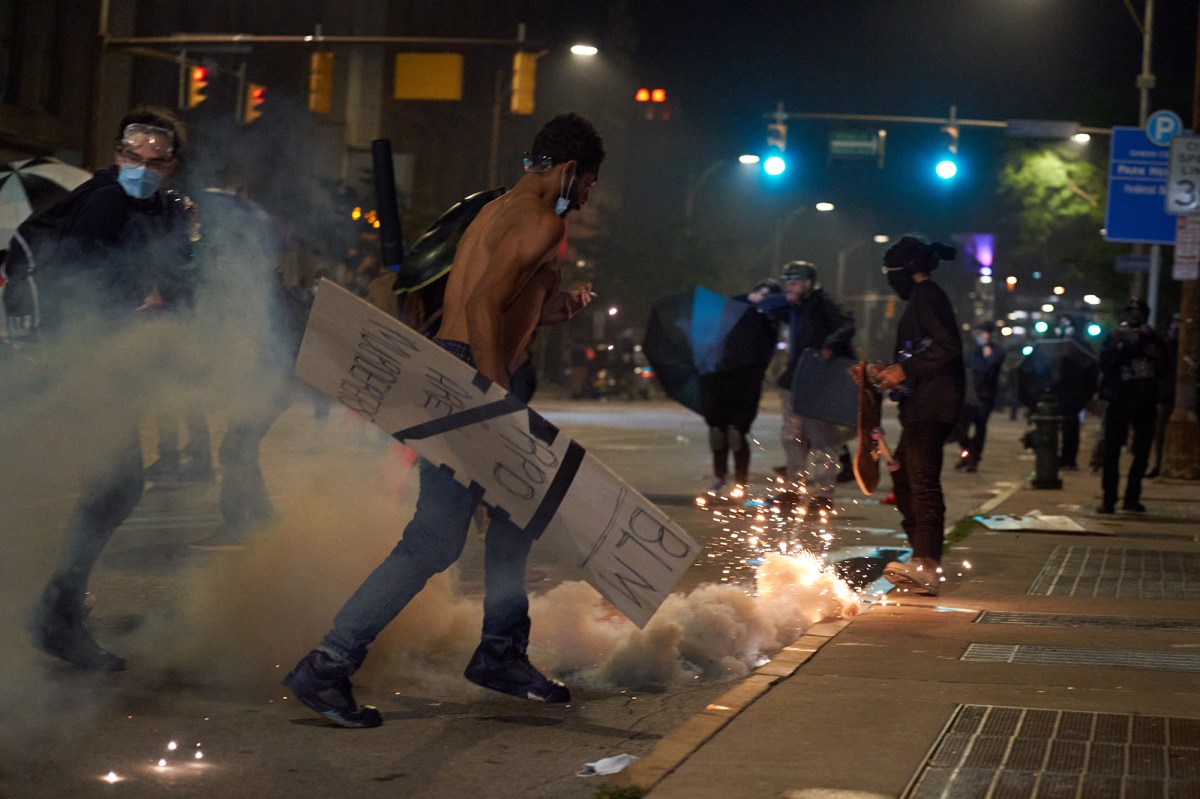 Police fired tear gas and pepper balls at the biggest protest so far in upstate New York over the death of Daniel Prude — with at least three cops injured and nine people arrested by early Sunday.

At least 1,500 protesters took to the streets of Rochester Saturday for the fourth night of protests since disturbing video emerged of 29-year-old Prude’s death in March that will now be investigated by a grand jury.

After marching on City Hall, protesters set off commercial-grade fireworks, with many putting on helmets and bringing a line of shields to stop advancing cops, police said.

“Officers remained steadfast while being hit with bottles and ordering the crowd to disperse,” the force said in a statement.

But after being met with repeated refusals to move, police eventually “deployed pepper balls and tear gas” at 10:26 p.m., the force said.

Three officers were “treated at local hospitals for injuries sustained as a result of projectiles and incendiary devices which were launched against them,” Lt. Greg Bello told the Democrat & Chronicle.

By early Sunday, there had also been at least nine arrests, including two on felonies, the paper said.

It was not immediately clear if the protesters were either locals or had traveled for the protests, the paper noted.

Seven people ranging in age from 19 to 62 were charged with unlawful assembly, a misdemeanor, the Democrat & Chronicle said.

The march was organized by “black liberation” group, Free The People Roc. The previous night, 11 people had been arrested.

No official account of injuries to protesters was offered, but social media was full of reports from people complaining about the heavy-handed police response.

They included Monroe County Legislator Rachel Barnhart, who posted a video of police in riot gear “moments before I was shot in the head with a pepper ball.”

The protests were sparked by the release bodycam footage that showed Prude, naked and handcuffed, being covered with a “spit hood” and having his face into the pavement for two minutes.

Prude died March 30 after he was taken off life support.