Trump Still Doesn't Know The Difference Between England, Britain And The U.K. 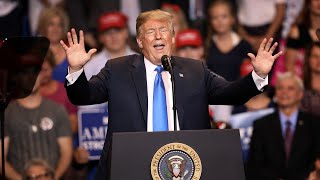 President Donald Trump once again displayed a fundamental misunderstanding of the United States’ closest allies, suggesting of Great Britain: “they used to call it England,” during a rally in Wilkes-Barre, Pennsylvania on Aug. 2, 2018. This is not the first time he has shown his inability to grasp the difference.