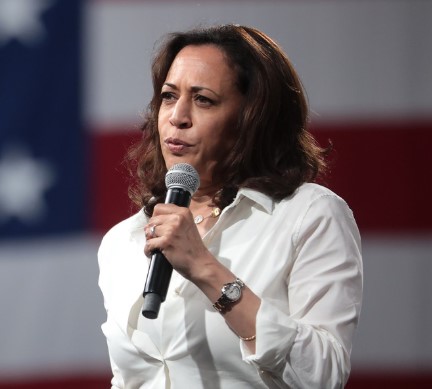 People with ties to San Francisco have long known that Kamala Harris is ambitious, but not too bright. Her success over the years came about because she latched onto then-Mayor Willie Brown, even though Kamala was 30 years younger than the still-married Brown. Love him or hate him, Brown is one of the smartest people in politics and, even after the two ended their relationship, he regularly advised Kamala as she climbed up the California political ladder.

It’s tough to believe, though, that Kamala spoke to Brown before she jumped with both feet into the Jacob Blake matter. If they had spoken, I’m reasonably sure that Brown would have told her that a person with her political prominence should never give an opinion about a famous or, worse, politically-charged criminal trial. Doing so provides an opening for defense counsel to claim that it is impossible to find neutral jurors, forcing a mistrial or even dismissal – that’s good for the police (whom I support) but is not the outcome Harris wants.

But Harris may be too big (at least in her mind) to get advice from Willie Brown anymore. That’s the only explanation for why she did this in a CNN interview:

Democratic vice presidential nominee Kamala Harris has said that based on the video of Jacob Blake’s shooting, the white police officer who shot him should be charged.

In a wide-ranging interview with CNN’s Dana Bash, Harris said she was “very clear” that the charges should be “considered in a very serious way and that there should be accountability and consequence.”

“Based on what I saw, he should be charged,” the California senator told Bash, but added that she was “not in full possession of the facts and the evidence.”

Democratic vice presidential nominee Sen. Kamala Harris says while she is not in full possession of the facts in the Jacob Blake shooting, based on what she has seen, she believes charges “should be considered in a very serious way and that there should be accountability.” pic.twitter.com/PTtdWfIjUS

Kamala made two big mistakes. The first is her reading of the Jacob Blake shooting video. Anyone who’s spent even the smallest amount of time looking at the video and who has even a passing familiarity with criminal law (as Kamala should, given that she was San Francisco’s District Attorney and then California’s Attorney General), would know that the video, with nothing more, shows that the officers have a strong defense:

In Graham v. Connor, 490 U.S. 386, 395-396 (1989), the Supreme Court stated the “reasonableness” standard courts must use to determine whether a law enforcement officer acted unreasonably.  The Court even spelled out the metric for determining reasonableness (emphasis mine):

Because “[t]he test of reasonableness under the Fourth Amendment is not capable of precise definition or mechanical application,” Bell v. Wolfish, 441 U.S. 520, 441 U.S. 559 (1979), however, its proper application requires careful attention to the facts and circumstances of each particular case, including the severity of the crime at issue, whether the suspect poses an immediate threat to the safety of the officers or others, and whether he is actively resisting arrest or attempting to evade arrest by flight. See Tennessee v. Garner, 471 U.S. at 471 U.S. 8-9 (the question is “whether the totality of the circumstances justifie[s] a particular sort of. . . seizure”).

The “reasonableness” of a particular use of force must be judged from the perspective of a reasonable officer on the scene, rather than with the 20/20 vision of hindsight. See Terry v. Ohio, supra, at 392 U.S. 20-22. *** The calculus of reasonableness must embody allowance for the fact that police officers are often forced to make split-second judgments — in circumstances that are tense, uncertain, and rapidly evolving — about the amount of force that is necessary in a particular situation.

On the video alone, we know that Blake fought with the police, didn’t respond to a stun gun, refused to respond to orders, and reached into the car. That made it reasonable for the officers to be worried about this horrific outcome:

When you don’t shoot a killer resisting arrest and reaching in his car… pic.twitter.com/E8Do6BYimp

Add in the fact that Blake had admitted to having a gun, that they were coming because he was wanted on a serious outstanding warrant, and that he didn’t respond to being tasered – well, it would be a stupid prosecutor who would bring charges.

Kamala’s other big mistake is that she doesn’t know her history. If she did, she would have been as wise as Trump was when reporters tried to pin him down on the Ghislaine Maxwell matter. Trump merely said that he wished her “well,” an ambiguous, almost meaningless statement.

Trump may have held his fire because he was remembering what happened in 1970 when Nixon scolded the media for making Charles Manson appear as a “rather glamorous figure.” According to Nixon, Manson was “guilty, directly or indirectly, of eight murders without reason.” Manson’s attorneys immediately demanded a mistrial, saying that Nixon had irredeemably tainted the jury pool. The judge denied the motion, but it could easily have gone the other way.

Kamala is a prominent public figure. Anything she says about guilt or innocence in a specific matter is going to affect potential jurors, especially now that the internet brings all the news to everybody. She would have been much wiser to keep her mouth shut. (Again, this works in the police officers’ favor, so I’m not complaining, just observing.)

But of course, if she’d been wiser, she wouldn’t be Kamala Harris, would she?