The Media Are Lying About The Election Again 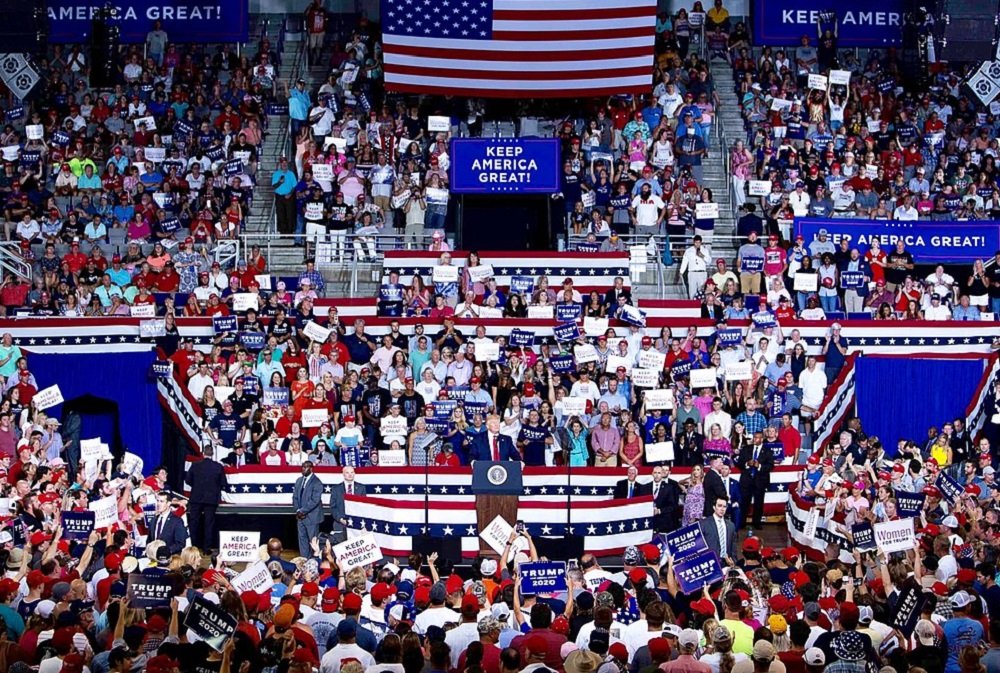 Election 2020 is shaping up to be déjà vu all over again for the news media. In an effort to help push Joe Biden over the finish line, the Washington establishment is going all-in on the easily refuted idea that there has been no change in the presidential race over the last three weeks.

“The Latest Polls, the Great Non-Tightening: This Week in the 2020 Race,” write Astead W. Herndon and Annie Karni of The New York Times.

“In a time of disruption and unrest, the presidential race has changed little,” writes Dan Balz of the Washington Post.

After having botched the entire news coverage of the 2016 election, where all the “experts” repeatedly told the American public that Donald Trump had little to no chance of being the Republican nominee and even less a chance of being elected president, corporate media are back at it again, insisting all is well with the Biden campaign and the Democrats are safely on cruise control to take the White House and the Senate. Here’s the truth they are not telling you.

Biden has little enthusiasm for his candidacy. He is taking on an incumbent president with significant first-term accomplishments who has extremely energized supporters, to put it mildly. He had two major opportunities in August to generate some real excitement for his ticket and collect voters in must-win states for Democrats who had abandoned the ticket for Trump in 2016. Think Pennsylvania, Michigan, and Wisconsin.

Biden whiffed on both counts, picking a far-left California senator who has the farthest-left voting record of her colleagues, then hosting a convention and giving an acceptance speech where he did nothing to take on the ascending left that potential voters he needs to win have serious concerns and doubts about.

By contrast, Trump and Republicans aggressively went after traditionally Democratic Party voters among minorities, particularly African-Americans. Night after night of their convention, the Republicans made repeated heartfelt pleas from black politicians, celebrities, and everyday beneficiaries of Republican Party policies.

Republicans threw everything they had, from sound policy arguments (about recent successes Republicans have had with criminal justice reform and policies that improve job and wage growth) to emotionally compelling stories about how unchecked riots in Democratic cities harm African Americans and how Democrat control of the black vote has not been reciprocated with policy achievements that benefit their loyalty. The convention did likewise with other key voting groups that Republicans would like to draw more support from.

Since the race truly began a few weeks ago, around the time Kamala Harris was selected as Democrat nominee for vice president, it’s worth looking at some of the movement shown in markets.

On August 1, Biden had a 25-point edge in the betting odds. By September 1, Trump had completely made up that deficit and the race was even among the betting public.

In Florida, a state the Trump campaign must win, Biden’s lead of 8.4 points in the RealClearPolitics average at the end of July sits now at 1.8, with the latest poll showing President Trump with a three-point lead. Quinnipiac, a pollster that is not perceived as Trump-friendly, shows Biden’s lead plummeting 10 points, from 13 to just three.

In Pennsylvania, an absolute must-win state for the Biden campaign, Biden’s lead of 8.5 in the RealClearPolitics average near the end of July has been cut in half to 4.2. Monmouth University, again another pollster not viewed as friendly to Trump, shows Biden’s lead falling eight points, from 11 to three points.

In Michigan, Wisconsin, and North Carolina, Biden’s lead from the end of July to the end of August has been cut significantly, according to the Real Clear Politics average. Arizona is the only state where Biden’s lead has grown in the RealClearPolitics average. It should be noted that Arizona’s RCP average was significantly affected by a single outlying FOX News poll that claims Trump is down nine points in the state, which he won in 2016. CNBC, by contrast, has Biden up by only two points.

Incredibly, both NBC News and the Cook Political Report continue to rate Florida as “Lean Democrat” according to their “experts.” No offense, but do they think people are stupid? This is a state Trump won by more than one point four years ago and a state Democrats were unable to carry in 2018, when they lost both the governor and senate races. The latest Quinnipiac poll shows a 10-point momentum toward Trump, where he trails within the margin of error, where Trafalgar has the president ahead by three points. (For what it’s worth, Trafalgar was the only pollster to correctly poll key states in the 2016 and 2018 races.)

The media and the Democrats may not like it, but this race is clearly different from where it was at the end of June, where Trump’s job approval had been going down for three straight months and he bottomed out at 41 percent in the RealClearPolitics average. Today Trump’s job approval is on a three-month upswing and is over 44 percent in the RealClearPolitics average. Three points may not seem like a lot, but in the real world where the critical battleground states will likely be decided by less than that amount, three points are the difference between winning and losing.

So here is the cold reality the media are for some reason refusing to tell people as the country rounds Labor Day and this campaign really gets into high gear. This race is effectively tied today, Trump has momentum, and Biden is going to have to campaign hard, energize his voters, and earn it if he hopes to unseat the incumbent.