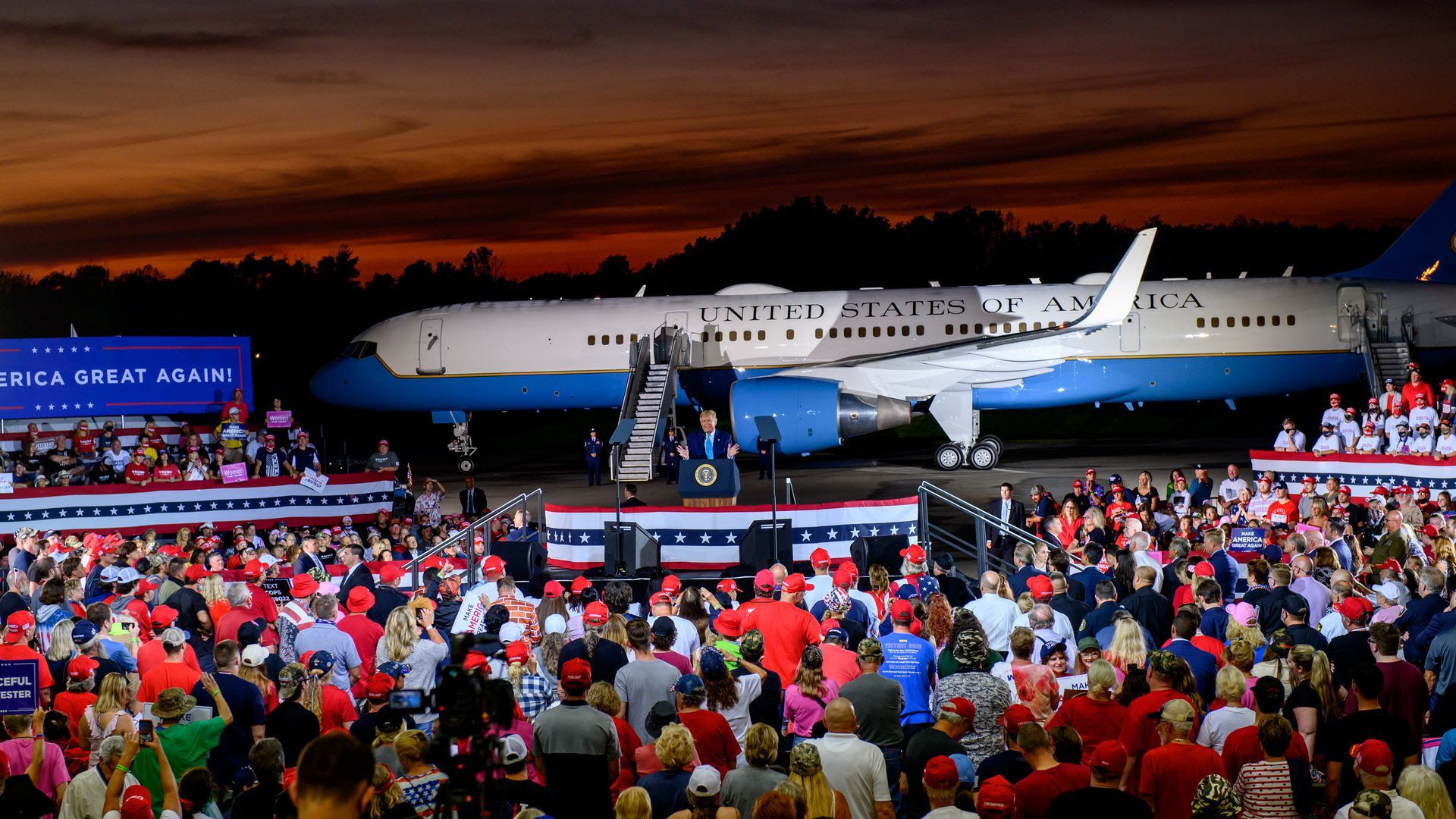 Money concerns are very real for President Trump’s campaign — an unusual predicament for a sitting president, and one that worries veteran Republican operatives, with Trump so far behind in swing states as the race climaxes.

Why it matters: The campaign’s view is that Trump will get his message out, and he depends less on paid media than normal politicians. But the number of states Trump has to worry about has actually grown, and Joe Biden’s massive August fundraising haul has given his campaign a lift as early voting begins.

Last Monday, AP’s Brian Slodysko reported that the Trump campaign had pulled most TV ads over the previous week, ceding the airwaves to Biden, who was outspending Trump by more than 10 to 1.