The U.S. House candidate for Georgia’s 14th district appears to have been locked out of her Twitter account after posting about potential voter fraud in her home state.

Founder and Co-Chairman of Students for Trump Ryan Fournier accused Twitter of censoring a congressional candidate. “BREAKING: Twitter has locked Georgia 14’s next Congresswoman @mtgreenee out of her account!” Fournier wrote on the morning of September 8. He then declared, “Censorship must end! Go follow Marjorie!” Twitter did not respond to inquiry to confirm her lockout and if so, why it had occurred. At least one post of from U.S. House candidate Marjorie Taylor Greene had seemingly been removed from the platform and replaced with the caption “This Tweet is no longer available because it violated the Twitter Rules. Learn more.” 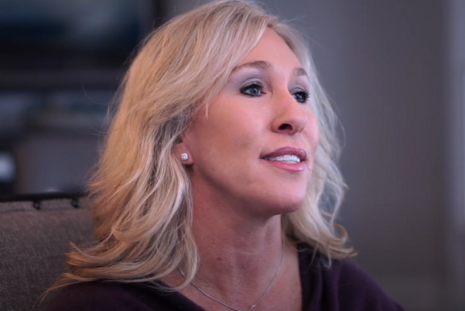 On her Twitter account, she described her views: “Christian, Wife, Mom, Small Business Owner, Proud American, 100% Pro-Life, Pro-Gun, Pro-Trump, #MAGA.” Greene  shared a story claiming that 1,000 Georgians had voted twice in the state’s primary on June 9 as her last post before going silent. She had referred to the incident as a “Big Story here in Georgia.”

The post was a retweet of a post/attached article from Atlanta Journal-Constitution (AJC) reporter Mark Niesse:

“BREAKING: Secretary of State Brad Raffensperger announced Tuesday that 1,000 Georgians voted twice in the state’s June 9 primary, a felony that he said will be prosecuted to the fullest extent of the law.”

The attached AJC article explained how such voter fraud had come to pass:

“These voters returned absentee ballots and then also showed up to vote on election day June 9, Raffensperger said. County election officials are able to stop double-voting most of the time, but they weren’t able to catch everyone.”

The article included quotes from Secretary of State Brad Raffensperger declaring during a press conference at the state Capitol that “A double voter knows exactly what they’re doing, diluting the votes of each and every voter that follows the law.” He later added that “Those that make the choice to game the system are breaking the law. And as secretary of state, I will not tolerate it.”

As of 4 p.m. today, Eastern Standard Time, Twitter has still not yet responded after being reached for comment to confirm the lockout, or why such an alleged lockout would have occurred. Greene herself has not posted anything about said lockout incident on her Twitter account.

Conservatives are under attack. Contact the FCC at 1-888-225-5322 and/or via the MRC’s FCC contact form to give your take on the petition filed by the Department of Commerce regarding Section 230 of the Communications Decency Act of 1996. Demand that Big Tech be held to account to mirror the First Amendment while providing transparency, clarity on “hate speech” and equal footing for conservatives.