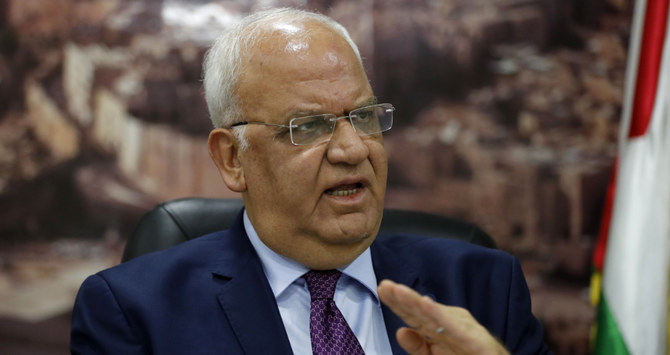 The Clarion Project reports that Harvard University has selected Saeb Erekat — who serves as secretary general of the Executive Committee of the Palestine Liberation Organization (PLO) — to be a fellow at the Kennedy School’s Belfer Center for Science and International Affairs. Erekat’s duties will include mentoring students and giving seminars in the school’s “The Future of Diplomacy Project.”

Erekat is rabidly anti-Israel, as one would expect from a PLO official. Clarion’s Meira Svirsky informs us that Erekat called random stabbing attacks on Israeli citizens by Palestinian terrorists “self-defense.” In addition, says Svirsky:

In 2015, Erekat compared Israel to ISIS saying, “There is no difference between the terrorism practiced by the group led by Abu Bakr al-Baghdadi and Israel’s terrorism.”

He called Israel’s expansion of settlements “terrorism” at a time when settlements had seen nearly zero physical expansion for 25 years. In negotiations with then-Israeli Prime Minister Ehud Olmert, Erekat admitted that the settlements took up only 1.1 percent of the areas Palestinians wanted for a state.

Erekat denies archaeological evidence of the Jewish history in Jerusalem.

Erekat claimed his family had lived in Israel for 9,000 years, yet evidence shows that the family comes from the Huwait region of Arabia.

Erekat isn’t just a liar. He’s also a failed diplomat. He’s been involved in every Israeli-Palestinian peace negotiation since 2000. None has been fruitful. Yet, Erekat will be lecturing Harvard students on diplomacy.

Why did Harvard grant a fellowship to such a man? Partly, I assume, because the powers-that-be share his anti-Israel views.

But there may be more to it than that. Svirsky says that the Palestinian Authority (PA), which essentially serves as the governmental arm of the PLO, made six donations to Harvard between the 2017 and 2019. The donations totaled $2,625,000.

Yet, the PLO routinely pleads poverty as it seeks, and receives, donations from the U.S. government and the EU. According to Svirsky, as of December 2018, the U.S. had given the Palestinian Authority $5 billion in taxpayer dollars since 1994.

Much of this money lines the pockets of top PA executives. However, Israel maintains that it is also used to support terrorism.

And now we learn that the PLO is using a portion of its U.S. funded subsidy to purchase influence at Harvard, along with a seat at that institution for one of its virulently anti-Israel leaders.