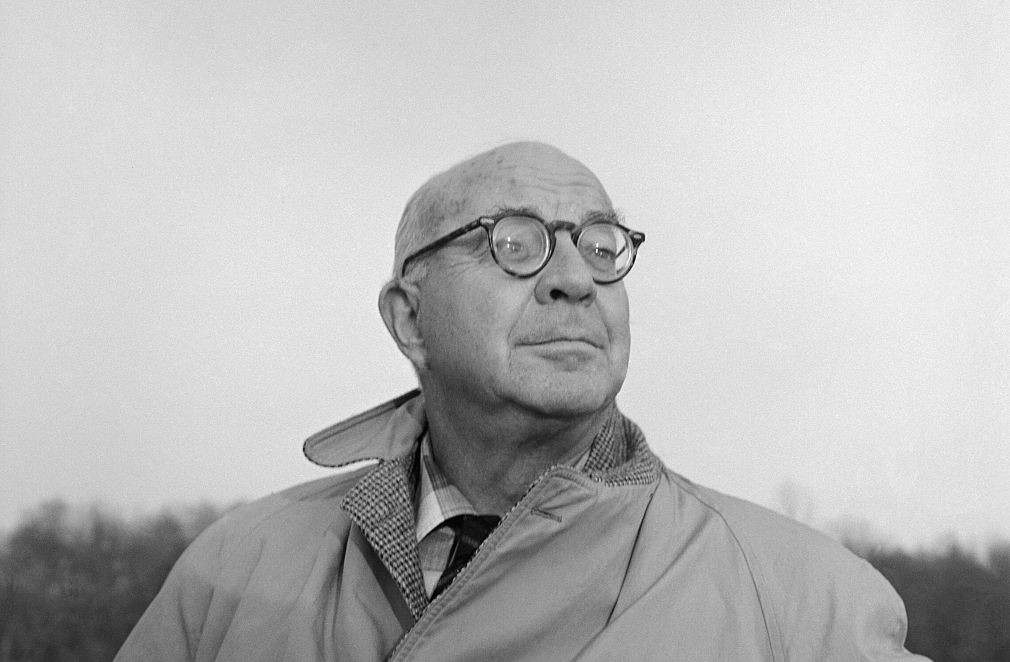 The reputations of the writers who transformed literature during the Jazz Age, the so-called “Lost Generation,” have undergone some interesting up and downs. Theodore Dreiser and Sinclair Lewis have largely disappeared from the canon. Dreiser’s sludge-like prose doomed him among readers over the last half century, while Lewis, who achieved fame in the ‘20s, becoming the first American to win a Nobel Prize for Literature in 1930, has seen his reputation sag. None of his indictments of middle-class America have found an audience today. Good luck trying to get a class of college sophomores to read Main Street. His last real success, It Can’t Happen Here (1937), had a brief revival with the election of Donald Trump. But no one reads Babbitt or Elmer Gantry anymore.

Hemingway’s name remains popular, though it is doubtful whether any of his novels are read today, other than The Old Man and the Sea, which is popular, I understand, in seventh- and eighth-grade language arts courses (precisely where it belongs with its faux-biblical prose). During the virus, I picked up The Sun Also Rises, which I’d first read in college and thought a fresh and wonderful book. Now it seemed shallow. Even the dialogue, which I thought so smart, sounded old hat. Lady Brett came off as an adolescent’s dream of what sex could be like with an ever-willing woman. If Hemingway is read today, it’s not for his novels but his short stories, which, at their best in “Hills Like White Elephants” and “Big Two Hearted River,” remain sharp, hard-edged gems.

Scott Fitzgerald faired best of the ‘20s generation. The Great Gatsby, the most popular of his novels, may be The Great American Novel of the 20th century. It captures young readers of every generation.

But what of my personal favorite as a young man, John Dos Passos? Rereading him amid this terrible virus, I believe he holds up best.

During the 1930s, Dos Passos was as popular as any writer of serious fiction in America. He had made his breakthrough after World War I during which he served in the ambulance corps. Two of his novels, Three Solders (1921) and Manhattan Transfer (1925), “changed the whole tone of opinion about the war,” as H.L. Mencken put it. They reflected the attitude, also popular in England at the time, that the war was a worthless conflict imposed by heartless leaders that had wiped out a generation of young men. But unlike Hemingway, Fitzgerald did not romanticize Europe and flee to Paris. In his view, America was all about the rejection of Europe.

Like Lewis and Hemingway, Fitzgerald was disgusted by the materialism and money grubbing of the America of Harding, Coolidge, and Hoover. He supported various left-wing and radical causes and became particularly incensed over the treatment of Sacco and Vanzetti, the two anarchists accused of murdering a guard during a Braintree, Massachusetts, payroll robbery. His epitaph on the case summed up what it meant to radicals and revolutionaries of his generation: “All right we are two nations.”

Following Three Soldiers and Manhattan Transfer, Dos Passos moved deeper into radicalism. He denounced Franklin Roosevelt and voted for the Communist candidate, William Foster, in the 1932 presidential election. He dismissed the New Deal for trying to save a corrupt capitalist system. The depression pushed him further to the left. For a time in the 1930s, he was associated with the communist journal New Masses, though he never joined the Communist Party and wasn’t even much of a fellow traveler. In truth, Dos Passos was an idiosyncratic man of the left.

Out of his anger, Dos Passos produced his greatest and most original work, the trilogy U.S.A., which appeared between 1930 and 1936. U.S.A. is a big sprawling book of around 1,200 pages and his most original and influential work. Building on some of the anti-capitalist themes he first outlined in Manhattan Transfer, Dos Passos set out to paint a broad picture of America in turmoil. He used techniques borrowed from European modernists like James Joyce in a way no American author ever had before to create a new reality. He sprinkled his text with brief biographies of famous and not so famous people: Rudolph Valentino, Thorstein Veblen, Presidents Teddy Roosevelt and Woodrow Wilson (a bête noire of his), and Henry Ford, among others. In the “Camera Eye” sections, he created news items from a pastiche of newspaper headlines and stories. The effect was to give the novel an immediacy and sense of dealing with the real world. The technique has been copied since, but no one has done it as well.

U.S.A. was a huge success and appeared just as Dos Passos’ career took a dramatic turn. In July 1936, the Spanish Civil War broke out. Dos Passos, like many of his fellow leftist contemporaries, most notably Ernest Hemingway, was drawn into the conflict. He went to Spain to work on a documentary film, “Spanish Earth,” designed to promote the cause of the Republican forces. Disillusion soon set in. One of his friends, José Robles Pazos, was caught up in the fighting among the various leftist factions and murdered by the communist secret police.

Like his contemporary George Orwell, Spain inaugurated Dos Passos’s distrust of communism and its fellow travelers and apologists. His consequent drift to the right was rooted in one of the abiding themes of his career—a deep distrust of power, especially power in the hands of an elite. Fear of unregulated capitalism and fascism now gave way to a conviction that the greatest threat to democracy was communist power. World War II furthered these concerns, with Dos Passos increasingly troubled by the power exercised by FDR during the war.

Dos Passos continued writing fiction and in 1962 published Mid-Century, a follow-up to U.S.A., only now the villains were on the left—especially labor leaders like John L. Lewis and Walter Reuther. Mid-Century lacked the creativity of his trilogy. Instead of the “Camera Eye” and other unusual techniques that seemed fresh in the 1930s, Mid-Century featured long documentary sections interspersed among the text. The book was a success, but the critics accused him of turning his back on his past. Dwight Macdonald, a former admirer and firm man of the left, wrote that Dos Passos had become “a simple Republican, scared to death of Russia and Communism.”

The man who once had written for the New Masses now became a contributor to Bill Buckley’s National Review. He came to view the American experiment through different eyes, even writing a highly sympathetic history of the Founding Fathers. In 1964, Dos Passos supported Barry Goldwater’s campaign for president. That shocked many of his admirers but was a natural outcome of his drift to the right that had begun in Spain. Both men feared communism and unrestrained power. In the 1920s, that power was in the hands of big business; now it was found in big government and what President Eisenhower called “the military-industrial complex.”

Maybe Dos Passos’ journey wasn’t that strange after all.