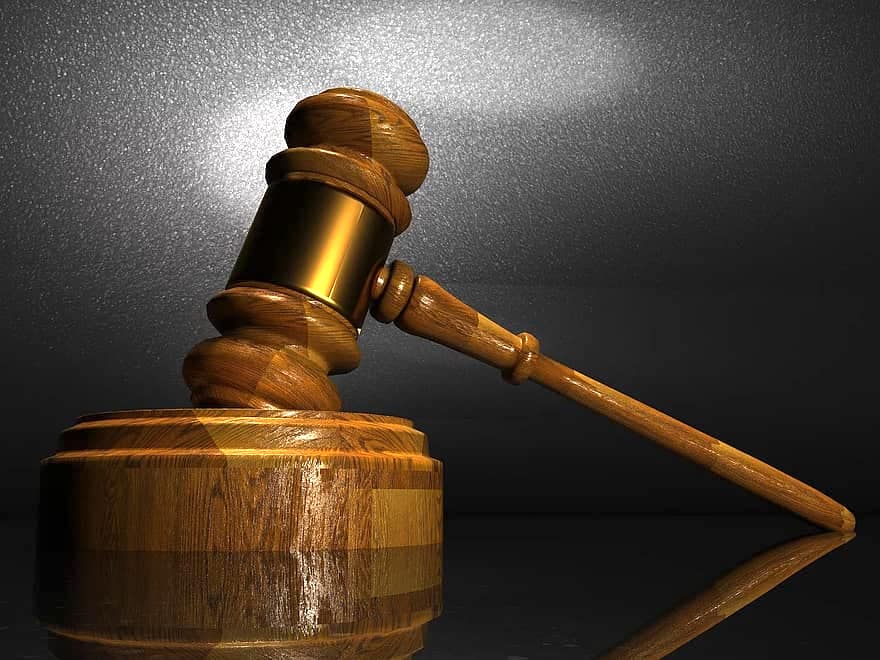 I noted here that U.S. Civil Rights Commissioner Peter Kirsanow has written to the Mayor of the City of Seattle, suggesting that “critical race theory” or “white privilege” training that the city recently imposed on its employees likely violates Title VII of the Civil Rights Act of 1964, which prohibits employment discrimination based on race. Paul added that the Department of Justice has also sought information about the same training sessions from Seattle, on the same ground. Seattle’s “white privilege” training was no different from what many companies and units of government have inflicted on their employees, and if it was illegal–as I think it was–the illegality is widespread.

The details are sickening:

In the opening session, trainers demanded that the men make a list of associations about white male culture. The trainers wrote “white supremacists,” “KKK,” “Aryan Nation,” “MAGA hat,” “privileged,” and “mass killings.” Afterwards, white male employees were told to expose the “roots of white male culture,” which consists of “rugged individualism,” “a can-do attitude,” “hard work,” and “striving towards success” — which sound good, but are in fact “devastating” to women and people of color, according to the trainers, a company called “White Men as Full Diversity Partners.”

The whole thing is reminiscent of the Red Guards:

In a subsequent session, the white males were forced to publicly recite a series of “white privilege statements” and “male privilege statements.” They had to accept their alleged complicity in creating oppression of women and people of color. At the end of the training, the white males had to “write letters ‘directed to white women, people of color, and other groups’” in which they “apologize for their ‘privilege.’”

Dan Brouillette, Secretary of Energy, has asked the Inspector General to investigate Sandia’s “white privilege” training, but “Rufo says Sandia executives have only accelerated their purge against conservatives.”

One brave Sandia employee, an electrical engineer named Casey Peterson, stood up against Sandia’s racist regime. He emailed 16,000 Sandia employees, protesting against the imposition of critical race theory. He also published a video that was critical of the company’s “white privilege” training on YouTube. In response, “Sandia executives placed Peterson on paid administrative leave and established a ‘security review board’ to ‘evaluate whether [his] actions have comprised or posed a threat to Sandia computing and security systems.’”

Hans argues that Peterson’s suspension may violate Title VII and another federal statute:

The suspension of Peterson might violate the anti-retaliation provisions of at least two civil-rights laws, Title VII of the Civil Rights Act and 42 USC 1981.

Peterson’s video opposes racist scapegoating that a reasonable employee could view as racial harassment, and seems to oppose race-based hiring.
***
Criticism of discrimination against whites is protected against retaliation by the civil-rights laws, even when it involves an affirmative action policy that turns out to be legal — unless the policy is so obviously legal that no reasonable employee could have thought otherwise. (See, e.g., Sisco v. J.S. Alberici Co. (1981)).

Peterson could reasonably have thought that Sandia’s anti-white training was racial harassment that created a hostile environment in violation of federal civil-rights laws. Forcing an employee to confess his complicity in oppression of women and people of color just because of his race and sex is extremely racist and sexist.

Courts have ruled that “baseless accusations of racism” made against employees because of their race are racial harassment that contributes to a racially hostile work environment in violation of the 1964 Civil Rights Act. (See Underwood v. Northport Health Services (1989)).

Courts have also ruled that anti-male diversity training seminars can be sexual harassment. (See Hartman v. Pena (1995))
***
Here, it wasn’t just a single episode but a three-day period, over which white male employees were forced to admit to racial wrongdoing and pressured to say negative things about their race. That is probably sufficiently severe as to be illegal racial harassment.

Not just minorities, but also whites, are protected against racial harassment by the civil rights laws. For example, courts have ruled that employers are liable for racial harassment against whites, in cases like Huckabay v. Moore (1998).

Someday, the federal courts may drive a stake through the harassment of, and discrimination against, white and male employees that have become common in today’s workplace. (Of course, that isn’t likely to happen if Joe Biden wins in November.) If you live in the Upper Midwest and believe you have been discriminated against by mandatory “white privilege” or anti-male training imposed by your employer or former employer, I recommend that you contact the Upper Midwest Law Center at 612.428.7000.