Miami Herald: Don’t look now, but Trump has a lead among Miami-Dade Latinos 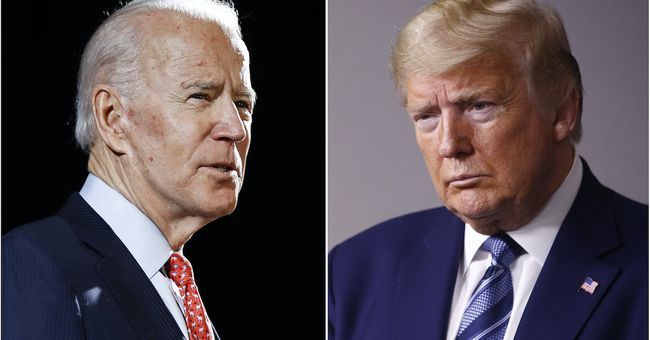 It’s not the first indication that Joe Biden may have a vulnerability in the Hispanic vote, but it might be the most stunning. Donald Trump trails Biden in Miami-Dade County, according to a new poll from the Miami Herald, but no one expects Trump to win there anyway. He’s far closer to Biden than he was to Hillary Clinton while winning Florida anyway, however, and one reason is that Trump now splits Latinos, 48/47 — a sign that Biden may well lose the Sunshine State, and not by a small amount:

Four years after getting trounced in Miami-Dade County by Hillary Clinton, President Donald Trump has increased his odds of victory in his must-win home state on Nov. 3 by improving his standing in Florida’s most populous county, according to a poll by Bendixen & Amandi International and the Miami Herald.

The poll of 500 likely Miami-Dade voters, released Tuesday, found Trump far behind Democratic presidential nominee Joe Biden 38% to 55% in Miami-Dade, where Democrats typically need to run up the score in order to compete in statewide races. …

“Run up the score” is exactly what Biden will need to do in Miami-Dade, and in Broward, to have any hope of competing against Trump in the state. Hillary Clinton succeeded in Miami-Dade but fell short anyway, and Clinton won Hispanics 62/35 statewide in 2016. Trump won Cuban-Americans by thirteen points four years ago, but they are abandoning Biden by a much wider amount now:

But the poll found the former vice president splitting Hispanic voters with Trump, with Trump at 47% and Biden at 46%. Those numbers — based on smaller polling subsets with larger margins of error — are driven by Trump’s increased support among conservative leaning Cuban-Americans, who supported Trump over Biden in the poll by a crushing 38 points. Just eight years ago, those voters roughly split their votes between Republican nominee Mitt Romney and former President Barack Obama.

“Democrats are potentially leaving Cuban votes on the table that they won in the past, which could very well make a difference in a state as tight as Florida,” said Amandi, whose firm produced Spanish-language ads for the 2012 Obama campaign.

At this point, it’s not so much that it will make a difference as that it will make for the same outcome. The big question that Biden’s campaign will have to answer is whether this is a phenomenon limited to Florida and the state’s Cuban-American demo, or a wider problem with Hispanics nationwide. At least one other Latino demo seems to be giving Biden problems in Florida too, raising that question another degree or so in importance (translation via Google):

In Florida, one of the key states in the US elections, the Venezuelan vote could tip the balance in favor of Donald Trump. 7 out of 10 nationals with the right to vote would do so for the current president, according to an exclusive survey by the Public Opinion Research Laboratory (PORL) of the University of North Florida (UNF) for El Diario . The poll revealed that both Trump and Republicans rank highly even among Democratic Party affiliate[d voters].

Although the number of Venezuelans registered to vote (approximately 50,000) is lower than other Latino communities such as the Cuban (650,000), the Colombian (190,000) or the Haitian (187,000), its incidence may be significant due to the parity of the elections of Florida. In the 2016 election, for example, Trump defeated Democratic candidate Hillary Clinton by a difference of just over 130,000 votes. Therefore, on this occasion, the Venezuelan vote could bring trends closer or even define the election in this state. …

Martínez analyzed the results of the PORL survey on the political preferences of fellow citizens with respect to the United States and Venezuela.

Speaking of translations, this tidbit from the Herald poll seems very interesting:

“Two-thirds of all respondents [in Miami-Dade, Florida] who chose to conduct their interviews in Spanish support Trump” https://t.co/f1mmAzZ9WK

If this is just limited to Florida and its specific Latino communities, then Biden won’t have much to worry about, other than needing to make up the loss of Florida’s trove of Electoral College votes. If this starts extending into the Southwest and further up the Atlantic coast — particularly in Virginia — then Biden’s in real trouble, and perhaps Democrats down-ticket as well. This bears watching in particular as cities continue to experience chaos over Black Lives Matter protests and police pull back in urban areas. Hispanic voters who also live in those areas might start resenting the progressives’ efforts to make their communities less safe and start voting accordingly.