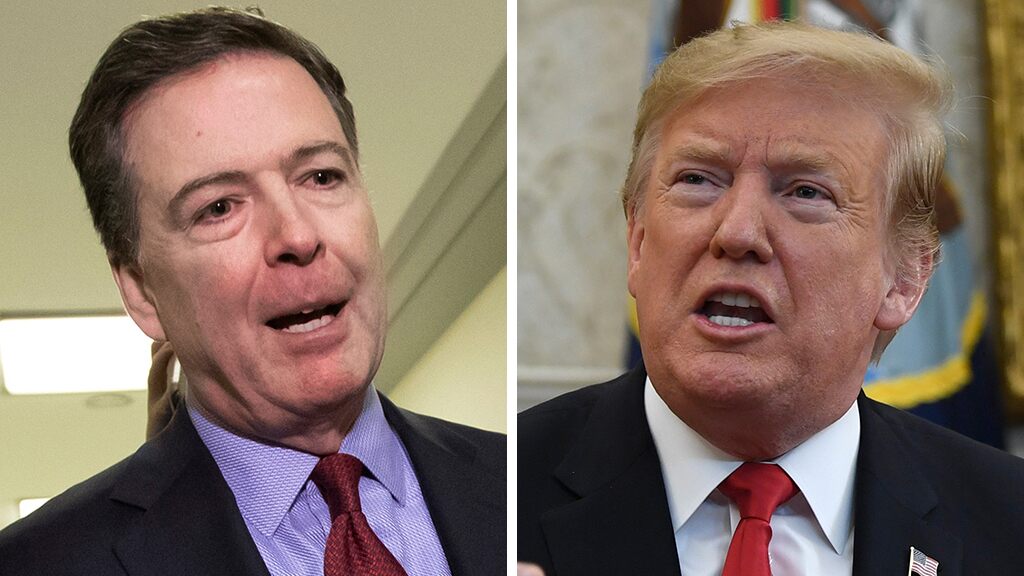 Top advisers to Donald Trump’s 2016 campaign and transition team urged him to fire former FBI Director James Comey, but Trump himself wanted to give Comey a chance despite his own reservations about the top cop, a new book claims.

Released on Tuesday, journalist Byron York’s “Obsession: Inside the Washington Establishment’s Never-Ending War on Trump” sheds light on the Trump team’s skepticism toward Comey after his handling of the FBI’s investigation into former Democratic presidential nominee Hillary Clinton’s email scandal. Comey famously announced in the middle of the 2016 presidential race that he dropped the investigation, only to announce he was reopening it just days before the election, prompting allegations that he inappropriately intervened in the electoral process.

York writes that Trump’s advisers weren’t “offended on behalf of Clinton, although they felt Comey’s handling of the email matter was erratic and unprofessional. The important thing for the Trump team was that Comey’s behavior in the Clinton affair might foretell how he would act in a Trump administration.”

“Every time we talked about Comey, I said the guy’s gonna turn on you,” Giuliani said of his conversations with Trump. “There’s something wrong with him.”

Christie asked: “If he stays, and he’s a loose cannon like that while Obama’s in office, why would we think he’d be any different when President Trump was in office?”

Altough Christie thought Trump had enough justification to fire Comey, he needed to act quickly. “I said to him, ‘You have to either develop a trusting relationship with Comey or you need to get rid of him right at the beginning if you don’t trust him,’” Christie reportedly said. “‘Once you take the oath, if you keep him, he’s yours.’”

LINDSEY GRAHAM TO JAMES COMEY: ‘YOU GOT A LOT TO SAY, COME IN UNDER OATH AND SAY IT’

Vice President-elect Mike Pence was hesitant about firing Comey, though, and senior Republicans had vouched for the longtime government attorney. Trump notably fired Comey in May of 2017, provoking fierce criticism from Democrats and prompting a years-long investigation by former Special Counsel Robert Mueller.

The decision to keep Comey was at least in part based on the president’s belief that he could develop solid a rapport after meeting with someone.

But “most important, Trump himself wanted to make the relationship with Comey work,” York writes.

“Many people who have dealt with Trump over the years say that he has always felt, throughout his life, that if he can meet and talk to someone, if he can get to know them, then they will like him. It is something he believes he can do through the sheer force of his personality. Some call it naiveté, but it was a confidence Trump brought to Washington, where it lasted through years of vicious partisan warfare. During the transition, the president-elect wanted to win over the director of the FBI. He decided not to fire Comey.”