A Conservative Defense of the Black National Anthem 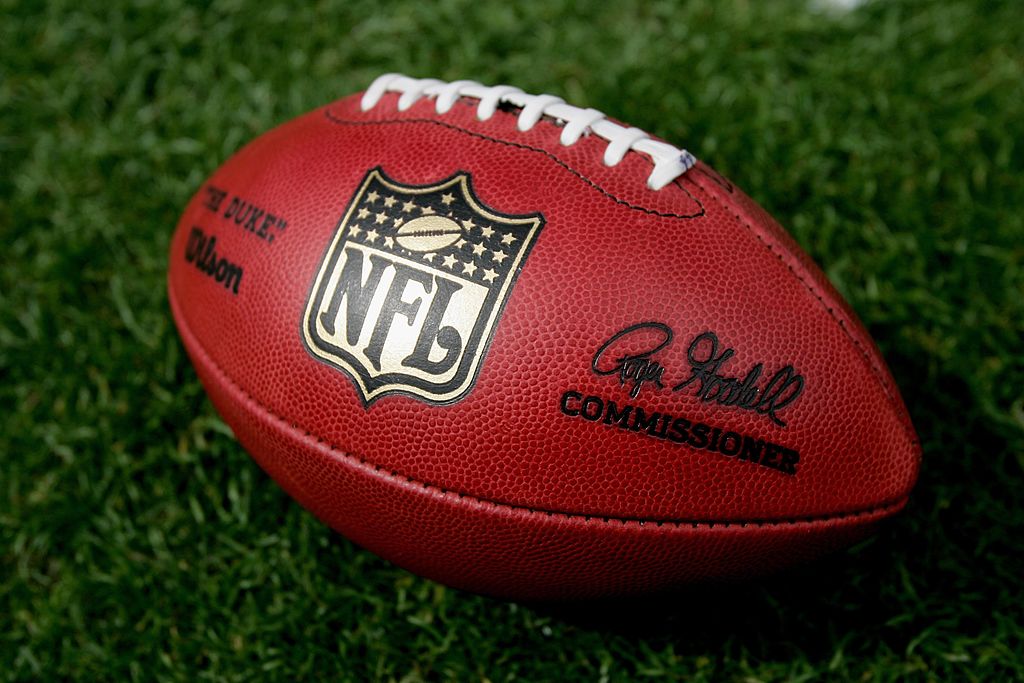 The start of the professional football season will spark a new chapter in the controversy over the playing of the Star-Spangled Banner, which began with former San Francisco quarterback Colin Kaepernick’s famous kneel. As the season draws close, the league has announced an idea that it hopes will allay the tension. Prior to each team’s home openers, the League will authorize the playing, prior to the Star-Spangled Banner, of what’s long been known as the Black National Anthem, “Lift Every Voice and Sing.”

NPR has reported that the song “will be played beginning Sept. 10, with the nationally televised Kansas City Chiefs vs. Houston Texans game. It will also play during the full slate of Sunday afternoon games, Sunday Night Football and the two ESPN Monday night games.”

Singing two anthems raises some reason for concern. One can fear that the inclusion of the two anthems translates into one anthem for whites, another for blacks, signaling an ongoing divide between the races, a national-anthem version of separate but equal. Burgess Owens, a former NFL player and Republican congressional candidate in Utah, captured those concerns in a tweet in July: “Why does it feel like the country is trying to segregate again sometimes?” he asked.

But those concerns can be balanced by a rediscovery of the actual sentiments of “Lift Every Voice.” The lyrics of Harlem Renaissance poet James Weldon Johnson, as much as they capture the struggle and carnage that had characterized the Black experience, are, nonetheless, far from separatist in spirit. They share with Martin Luther King’s great speeches a call for African Americans to be included in the American Dream—rather than a call to denounce America as perpetually flawed by its original racial sins, as the recent 1619 Project seems intent to do.

The first thing to know about “Lift Every Voice” is its deep history and its sheer inspirational power, best captured in the 1970 Motown version by Kim Weston, which was often used as the nightly sign-off by low-power R&B radio stations (including WABQ Cleveland, where I first heard it). Weston famously sang it at the 1972 WattsStax Festival, sometimes referred to as the Black Woodstock, where she was introduced by a dashiki-clad Jesse Jackson.

But a close reading of Johnson’s poem offers something deeper. Set to gospel-style music by his brother, S. Rosamond Johnson, a composer and graduate of the New England Conservatory of Music, the lyrics are rewarding for those who recall King’s spirit of uplift and reconciliation.

Most notably, the lyrics do not mention race, at all. There is no getting around the fact that the anthem is not a lament over tension and division but a hymn of hope and even patriotism: “Sing a song full of the faith that the dark past has taught us/Sing a song full of hope that the present has brought us,” one section exhorts.

To be sure, Johnson acknowledged the bleak American racial history he was himself part of, as these lyrics show. But he did not dwell on it. Instead, he consistently pivoted toward the idea of a brighter future:

We have come, treading our path through the blood of the slaughtered
Out from the gloomy past
‘Til now we stand at last
Where the white gleam of our bright star is cast

Perhaps most notably, it is truly a hymn—and a patriotic one, at that. It is deeply religious in its sentiment, a prayer to a shared God—the same kind of sentiment of “God Bless America.” And, just as King challenged America to live up to its ideals, rather than questioning their fundamental sincerity, Johnson firmly frames himself as an American:

This anthem, in other words, is less part of the 1619 narrative—one which sees the country as based in racism and forever stained by it—than that of King’s “I Have a Dream” speech, in which he envisioned “a nation [that] will rise up and live out the true meaning of its creed: ‘We hold these truths to be self-evident, that all men are created equal.’” Johnson, like King, was fully aware of the “dark past” but hopeful for an America that would be inclusive (to use today’s jargon), unified in honoring its ideals.

Indeed, in that context, it’s worth recalling where the song, written and set to music by the Johnson brothers in 1899, was first performed. It was in the Johnsons’ hometown of Jacksonville, Florida, by a choir of some 500 students at the segregated Stanton School, where Johnson was the principal. It was not sung on Juneteenth, but, rather on February 12, 1900—the birthday of Abraham Lincoln.

Johnson’s own life story stands as an example of the upward mobility America can offer, rather than as a bleak tale of victimhood at the hands of systemic racism. His father was a hotel waiter—yet Johnson not only became a college graduate (from the historically-black Atlanta University) but went on to become the first African American faculty member at New York University. His patriotism took professional form as he was appointed by Theodore Roosevelt as U.S. consult in Venezuela and Nicaragua. His brother, following his time at the New England Conservatory, would go on to write successful Broadway shows, including one with an interracial love scene (between an African American and Native American).

One can only hope that the rediscovery of “Lift Every Voice” will lead to a rediscovery and appreciation for the life of James Weldon Johnson, who, in his adopted Harlem home, has heretofore been memorialized only in the Johnson Houses, a dilapidated public housing project. Johnson deserves wider recognition for his contribution to America, and adding his voice to the NFL’s pregame traditions is one way to start.

Lincoln’s birthday, of course, is roughly the time of the Superbowl—so it would be particularly fitting for “Lift Every Voice” to be sung on that occasion—as a tribute both to Lincoln and to King, who would both have approved of its sentiments. If she’s willing, it should be sung by its greatest interpreter, the now 80-year-old Kim Weston.