Coronavirus in one state (96) 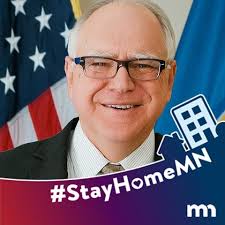 When we last checked in on the Minnesota data in part 95, the occasion was a press briefing conducted by Governor Walz. Kevin Roche took in Walz’s briefing the following day and commented on it in “He Speaks, I Listen, I Cringe, I Summarize.” All of Kevin’s comments provide a much needed contrarian analysis. They also bear on what I have to say in light of yesterday’s press briefing (audio below).

The data supporting Walz’s dominion over our daily lives continues to evanesce. Over the past five days the authorities have attributed 10 new deaths (9/4, 7 in long-term care facilities), four (9/5, three LTC), six (9/6, two LTC), three (9/7, two LTC), and two (9/8, 0 LTC) to COVID-19. Hospitalizations have fallen to a total of 257 (of which 135 are in intensive care). As I have been saying, the number of hospitalizations is virtually indetectable.

Having followed the epidemic since late March, I find the numbers stunning. They are at least worthy of note and inquiry. The numbers apart from “new cases” suggest the emergency is over. Looking back at Walz’s answer to a question on this point last week, Kevin commented:

In response to an excellent question about whether he was being alarmist, given the actual statistics, the Blowhard [i.e., Walz] replied with one of my least favorite of his tactics, he said “the virus dictates” what happens and what we do. No, you do, you have taken it upon yourself to unilaterally determine life for Minnesotans and the consequences of your unilateral actions are what is determining outcomes. And of course, in response to concerns about what is happening economically, to bars and restaurants especially, he used my absolute least favorite of his lies; he again claimed that he was being “balanced.”

Most Minnesotans would beg to disagree at this point, and the increasing number who have actually been killed by his reign of terrorization, probably would the strongest objectors if they were still around.

Among the other dogs that didn’t bark at yesterday’s briefing: (1) the continued disparity between “new cases” and hospitalizations/fatalities, (2) the ambiguity of “new cases” in light of the questions raised elsewhere about positive results, (3) the low number of cases attributed to the Sturgis apocalypse, and (4) identification of the co-morbidities that place one at elevated risk of adverse consequences from the disease. Reporters approved by the Minnesota Department of Health to participate in the briefings raised not a single question on these salient issues that tend to belie the panic they continue to spread along with the authorities.