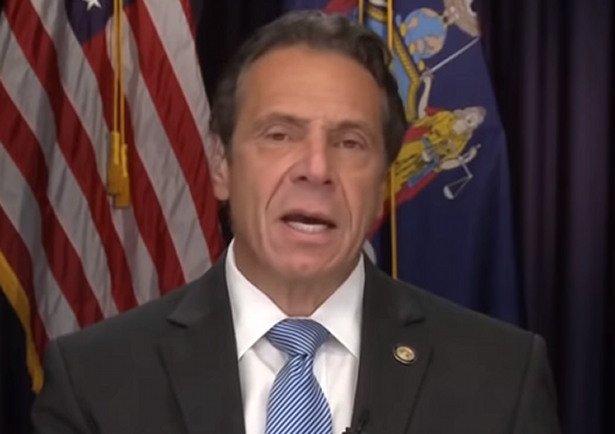 When the Coronavirus pandemic hit the United States, President Trump immediately sprang into action and gave state governors whatever they said they needed.

In New York, Andrew Cuomo asked for a tremendous amount of help and got every single thing he asked for.

Trump built a field hospital, sent a hospital ship and more. Instead of using these resources, Cuomo sent Coronavirus patients into nursing homes, a decision that ended up killing thousands of people.

Now Cuomo is trying to rewrite history by blaming Trump. It’s amazing how easily he lies.

New York Gov. Andrew Cuomo claimed Tuesday that President Trump “caused” the coronavirus outbreak in New York by not banning travel from Europe sooner — the latest in an escalation of words between the politicians.

“Donald Trump caused the COVID outbreak in New York,” Cuomo said during a press briefing. “That is a fact. It’s a fact that he admitted, and the CDC admitted, and Fauci admitted.”

He also slammed the president for calling coronavirus the “China virus.”

“The China virus got on a plane and went to Europe,” Cuomo said. “The European virus came to New York.”

“In mid-March the federal government does the travel ban from Europe,” the Democratic governor said. “Too little too late, Mr. President.” He called Trump’s CDC, National Institutes of Health and Department of Homeland Security “incompetent.”

“The virus killed many more Americans than anything you were worried about on the southern border,” he said. “This nation loses more people per day to COVID than any nation on the globe.”

Is he for real?

WTF is he smoking??

The American people know the truth.