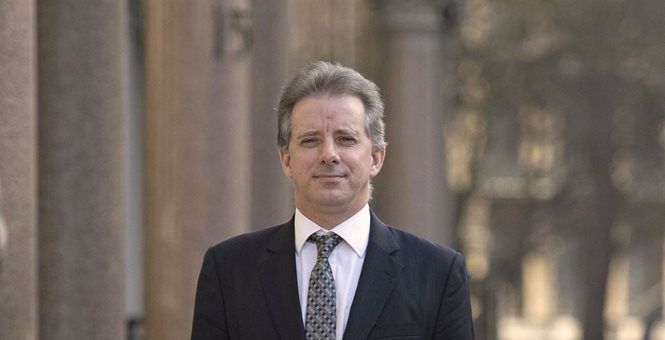 Real Clear Investigations has a piece today looking at the odd series of events involving Christopher Steele’s on and off again relationship with the FBI. Back in 2016, there was a moment when the FBI decided it needed to end its relationship with Steele because he had spoken to the media while also providing info to the FBI. Steele’s FBI handler, Michael Gaeta, considered Steele’s behavior so odd that he labeled it “crazy.”

Between 2013 and 2016, the bureau had paid Steele $95,000 to pass along tidbits on Eurasian organized crime; Gaeta was his contact at the bureau. It was Gaeta whom Steele approached in July 2016 with wild and depraved stories of collusion and kompromat. Gaeta became the “handling agent” for Steele’s participation in Crossfire Hurricane. Among his tasks was to get Steele paid (a process that came along slowly) and to see to it that Steele didn’t violate the FBI’s rules on confidentiality…

Gaeta was astonished, then, when shortly before the 2016 election an article appeared in Mother Jones titled “A Veteran Spy Has Given the FBI Information Alleging a Russian Operation to Cultivate Donald Trump.” The sub-headline asked, “Has the bureau investigated this material?” Gaeta was convinced Steele was the source for the article and confronted him about it. Steele readily admitted he was behind the Mother Jones story.

In case it has been a while since you read that 2016 Mother Jones piece, Steele is never identified by name but the piece does include direct quotes from a former western spy who was obviously Steele. But as you can see above, Steele admitted it. When Gaeta asked Steele why he had violated the FBI rules about confidentiality, Steele replied, “I’m very upset about – we’re very upset – about the actions of your agency.”

The handling agent was shocked: “I had no idea what he was talking about.” Before Gaeta could inquire further, Steele started railing about ”your Director” and his “reopening of the investigation.”…

At which point it all became clear to the handling agent: “I’m now understanding that he did this because he was upset that the Director’s reopening of the investigation was going to negatively affect the election for Hillary Clinton.”

The handling agent described his reaction to Steele’s behavior as “surprise and disbelief.” Gaeta told the Senate that Steele’s actions and attitude weren’t just “crazy source-related stuff,” but “one of the craziest” the veteran agent had seen in two decades of handling sources.

Gaeta related what has happened to Bill Priestap, assistant director of the FBI’s Counterintelligence Division. Priestap agreed the FBI would need to close out Steele as a source. He was officially removed on Nov. 17, 2016. And then something changed. James Comey pushed to include material from the dossier in a briefing to President-elect Trump. Bill Priestap was one of the people Comey told about his plan.

At this point you might expect Priestap would stand up and point out that Steele had been closed out as a source because of his “crazy” and clearly partisan behavior. Instead, “Priestap promoted the idea of including Steele’s allegations in the intelligence assessment, himself writing to the CIA and describing the former British spy as ‘reliable.’”

That’s quite a turn around from “crazy” and cut off to “reliable” and the basis for FISA surveillance. And as it turned out, the FBI handler had it right the first time. The dossier was crazy and unreliable. Unfortunately it was propped up by Democrats and media figures for nearly two years after that was clear to the FBI.