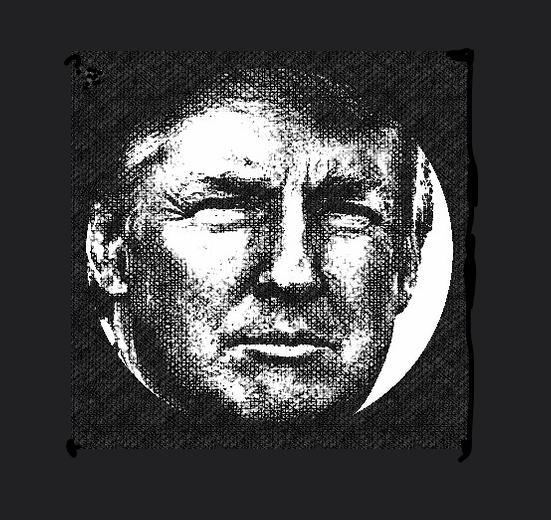 After issuing its prestigious peace prize to a series of assorted clowns and faceless bureaucrats, has the Nobel peace committee decided to try to make its peace prize worth something again? Something connected to actual peacemaking?

Sure looks like it, given that one of them, a member of Norway’s parliament has nominated President Trump for the prestigious prize.

President Trump has been nominated for the Nobel Peace Prize for helping broker a peace deal between Israel and the United Arab Emirates, according to a report.

Christian Tybring-Gjedde, a member of the Norwegian Parliament and chairman to the NATO Parliamentary Assembly, submitted the nomination, Fox News reported.

“For his merit, I think he has done more trying to create peace between nations than most other Peace Prize nominees,” Tybring-Gjedde, told Fox News.

The Norwegian noted that Trump played a key role in this development, the biggest platform for peace since Israel’s entente with Egypt several decades ago, and what’s more, other Arab states would likely follow suit. And in fact, quite a few are. And the troublemakers among them, such as the Palestinian ‘state’ are walking back their opposition to the accord, with peace breaking out all over.

On merit alone, by any objective standard, Trump’s act is a massive contribution to peace.

And it’s not just the Israel-UAE peacemaking, either.

Fact is, the Trump umbrella of peace is multiplicative — Trump’s rubout of Qasem Soleimani, Iran’s chief terrorist has led to global terrorism waning. Trump’s peace-brokering between longtime enemies Kosovo and Serbia snuffed out another smouldering ember of war in Europe. Trump’s risky move to engage North Korea’s psychopathic dictator one-on-one, breaking all foreign policy conventional wisdom — created even more peace or at least bought time for something steadier, too — the freak, after all, had been hurling rockets at Los Angeles before that. And for keeping the U.S out of all wars and bringing troops home during his term, Trump deserves credit there, too.

Yes, that’s a heady record of peacemaking, and the Nobel committee couldn’t ignore it if it cared about its credibility.

They may refuse to give him the prize on the grounds that they hate him (all Eurotrash hates Trump) and hand it instead to some nonentity, but if so, they’ll lose credibility, given the obvious objective merit of the Trump nomination. Eyes are on them now, and eyebrows will be raised if peace of President Trump’s contribution somehow doesn’t make the cut.

They seem to be moving in this direction, of insisting on some actual peacemaking of its peacemakers. Last year, they awarded the prize to an Ethiopian leader who created peace over the more symbolic greenie activist Greta Thunberg. If they go with Trump in 2020, the award would follow the same pattern. Which is a far cry from the awful characters who’ve gotten it in recent years, such as charlatan Al Gore, fraudster Rigoberta Menchu, former Colombian President Juan Manuel Santos (who ignored a popular referendum to sell his country down the river to FARC’s Marxist terrorists in a Cuba-brokered accord), Daw Aung San Suu Kyi, who joined the Burmese tinpot generals oppressing ethnic minorities when she was allowed into power, and an assortment of favored globalist bureaucracies. Worst of all was their awarding of their famed prize to President Obama on the grounds that ‘maybe he will create peace’ in 2009, before Obama even had a chance to do anything. That foolish wishful thinking was followed by considerable instability around the world, including increased U.S. military engagement, and multiplying wars from Libya to North Korea to the South China Sea. Oh and Iran got itself a license to make a nuclear bomb on that watch.

That was some prize.

Now that they’ve recognized reality, and put Trump’s name forward, a marker has been set. If they don’t give Trump the prize now, their credibility will be nil. Yet we know they know there’s an election on and they want Joe Biden president. What will it be, objective facts on the ground for peace, or their own political wishful thinking. If Trump doesn’t get the prize at this point, we can chalk it up to his preternatural ability to rat out leftists for the frauds that they are.

If they do give it, peace will mean something again. What a dilemma for them.