What Would Trump Have To Do To Lose Voters? 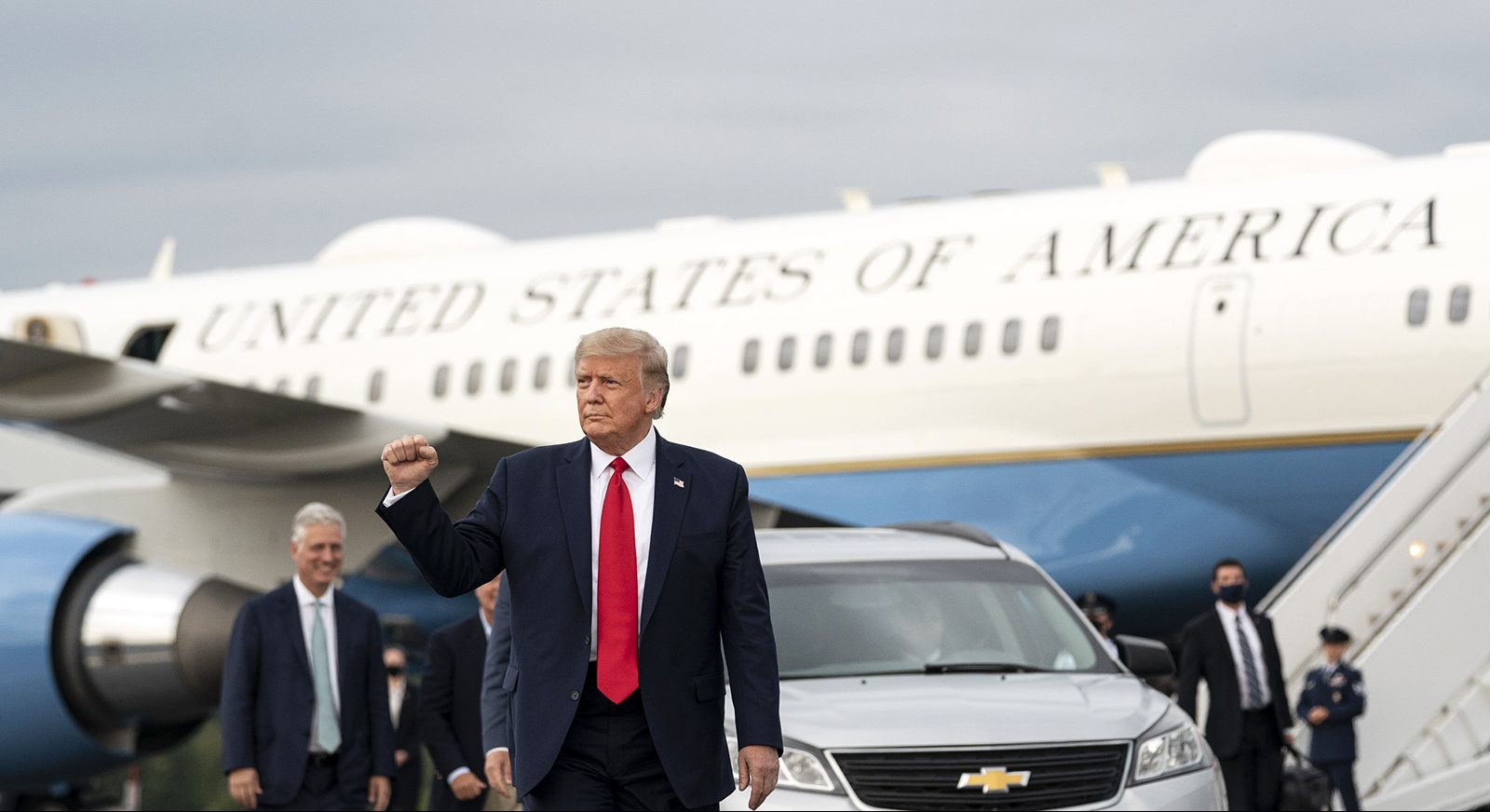 In the wake of recent anonymously sourced (now widely contested) quotes attributed to President Trump in the Atlantic, a friend asked Trump voters on Facebook what Trump could do that would be a dealbreaker for them. Last week, Jim Geraghty examined this same question and explained how “my guy” can often say things his base voters will choose to ignore or forgive: “no one should really be surprised that the grassroots of a party shows near-limitless patience for the flaws of party leaders.” This is true and has been so throughout history. A salacious example that many will remember is that of Bill Clinton during the Lewinsky scandal.

Another factor to consider is that most of the media have been consumed by their attempts to destroy Trump over the past four years, and scores of their breathlessly reported “bombshell” accusations have turned out to be duds. Reporters rushing to drop these bombshells sometimes have paid a price for sloppy reporting, as Brian Ross did in 2017, but more often the media have just moved on to the next one. Their lack of credibility, especially when it comes to anti-Trump reporting, has led many of his voters to take these stories with a grain of salt or dismiss them outright.

“Promises Kept” should be figuratively (maybe even literally) tattooed on Trump’s forehead.

With those two observations in mind — that most voters will continue to support their guy even when presented with negative information and that media credibility at an all-time low so that much of the negative reporting isn’t believed anyway — the answer to the question is pretty simple. To lose his voters, Trump would need to do the opposite of what he did to win their votes in the first place, and the opposite of what he has done to solidify that support throughout his first term. In short, it isn’t about what he says, but about what he does. So what would he have to do to lose those voters’ support?

One of the themes of the Trump reelection campaign is “promises made, promises kept.” In my opinion, that should not only have been the updated MAGA slogan of the reelection campaign, but it should have been repeated as a continuous theme throughout the entire first term. This is the thing that has set him apart from almost every politician in my lifetime, with perhaps President Reagan and Mayor Guiliani as notable exceptions.

As a reluctant Trump voter in 2016, I was pleasantly shocked just a few weeks into his first term to realize he was actually doing the things he said he would. And not just in a “small steps in a general direction” way, but with specificity. Vague and specific promises alike have been kept with corresponding specific actions.

On the campaign website PromisesKept.com, these promises and resulting actions are listed. They are broken down into an issues section (Economy and Jobs, National Security and Defense, Immigration, Energy and Environment, etc.) and by date in an impressive timeline section. Why the Trump campaign is not prominently touting this website in every ad, in every speech, on every sign, and in every piece of campaign mail is inexplicable to me. If there weren’t so many of these accomplishments, he could even have them printed on a “Contract with America”-style scorecard with a big red check mark by each promise fulfilled. “Promises Kept” should be figuratively (maybe even literally) tattooed on his forehead.

Keeping his promises is the strongest argument for Trump’s reelection because voters know, if they have paid close attention, that when he promises something he actually works to keep that promise. That stands in especially strong contrast to Joe Biden, who frequently alternates between positions on both sides of any issue depending on which way the political winds are blowing or which constituency he is addressing. This is the difference between a 47-year career politician and someone from the business world, where people are penalized, rather than rewarded, for not delivering on promises. This is one of the things that has won the loyalty of Trump supporters.

There are at least a couple more things Trump could do to turn off, or at least discourage, supporters.

Forget “who brought him to the dance.”

Republicans in Congress, and presidential candidates, have done this for decades — so much so that most expect it. After being elected, Trump could have easily broken his promises to pro-life voters who were used to being paid lip service every four years. It isn’t like they would have had anywhere else to go. The Democrats have nothing to offer pro-life voters. The same can be said for Second Amendment voters, and other groups. This loyalty to his constituencies is what has helped keep Trump voters loyal to him.

Trump could start talking to voters in heavily scripted, focus group–tested language, telling them what he thinks they want to hear. I admit to wishing he would do this from time to time. His tendency to say what others might be thinking, but would never say out loud, is something many of his most ardent supporters like most about him. Although it drives me, and many of the swing voters he needs to attract, crazy at times, it is another reason there is little that he could say that would be a dealbreaker for most Trump voters.

My Facebook friend might not be satisfied with these responses to his question. He was most likely looking for that one thing Trump could say or do. But if those who oppose Trump think one silver-bullet accusation, or even direct quote, is going to finally convince all those Trump voters to vote for Joe Biden, or at least stay home, they may have a rude awakening. After the media have supplied a constant barrage of breathless, “bombshell” reports every hour of every day for the past four years, people have learned to tune them out. And when so many of their reports have been found years, weeks, or even mere hours later to be devoid of a shred of truth, many have stopped believing them.

Anonymous accusations, tell-all books, and bombshell reports are not likely to end until election day. Even if they don’t convince voters that Trump is guilty of the things he is accused of, they threaten to exasperate voters. After four years of this, Trump voters may just want to stop hearing the attacks on him and, perhaps more importantly, on them. It often seems as if Democrats’ and the media’s goal is to beat Trump voters over the head until they cry “Uncle.” That may push away, or depress, the votes of casual Trump supporters. But it is more likely to give Trump’s hardcore, base voters just the incentive they need to crawl that final leg over proverbial broken glass to the finish line.