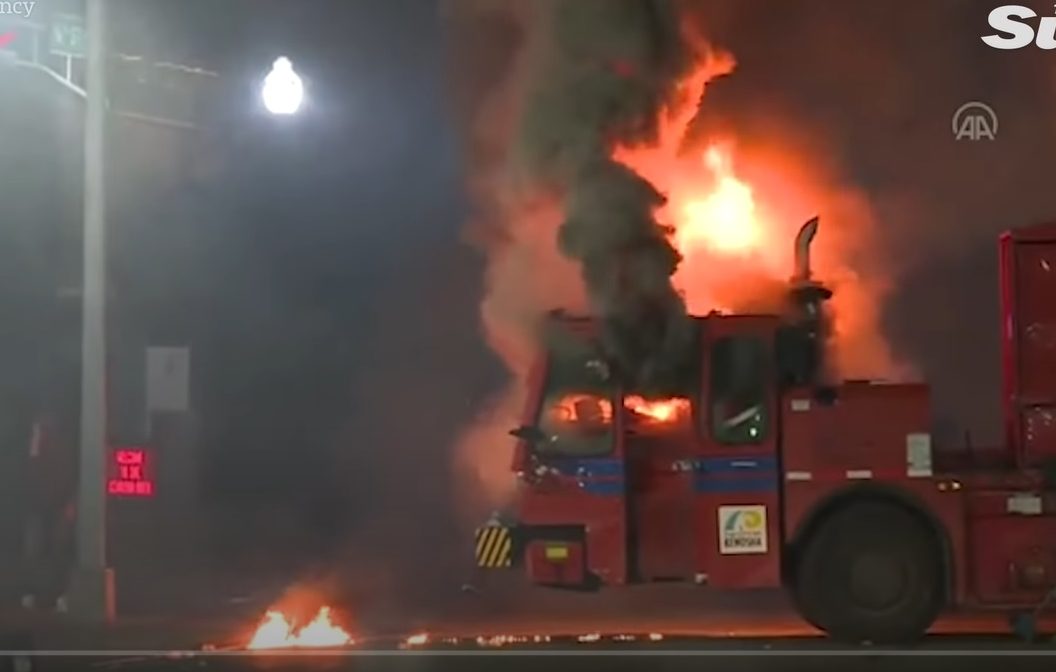 The letter argued the explosion of unrest is largely attributable to organized underground domestic terrorist groups sowing chaos and division.

“It is clear that these individuals are well-funded and supported by a national network of left-wing activists committed to perpetrating violence and furthering anarchy in our streets,” it read. “As such, we urge you to immediately open an investigation to identify and prosecute all individuals and groups responsible for funding and organizing these terroristic acts that are wreaking havoc on our nation.”

The letter comes as left-wing militants in Portland eclipsed 100 consecutive days of carnage to cap off a historic summer of unrest triggered in May by the death of George Floyd in Minneapolis police custody, and after the nation suffered under 10 weeks of draconian lockdowns raking in generous government benefits for unemployed workers.

“ANTIFA and other far-left anarchist groups have wreaked havoc on our nation for far too long,” Buck told The Federalist. “Americans deserve to feel safe and secure in their own communities, it’s time that AG Barr and the DOJ take action to investigate and prosecute the groups responsible for these violent riots.”

After the initial wave of violent unrest largely subsided everywhere else other than Portland, pockets of riots erupted in major cities throughout the rest of the summer where a second wave threatened to re-emerge into full-bloom following a police shooting in Kenosha, Wisconsin, which rioters nearly burned to the ground the same week as the Republicans held their online convention.

Watch a documentary on the Kenosha riots at The Federalist’s own YouTube channel here: