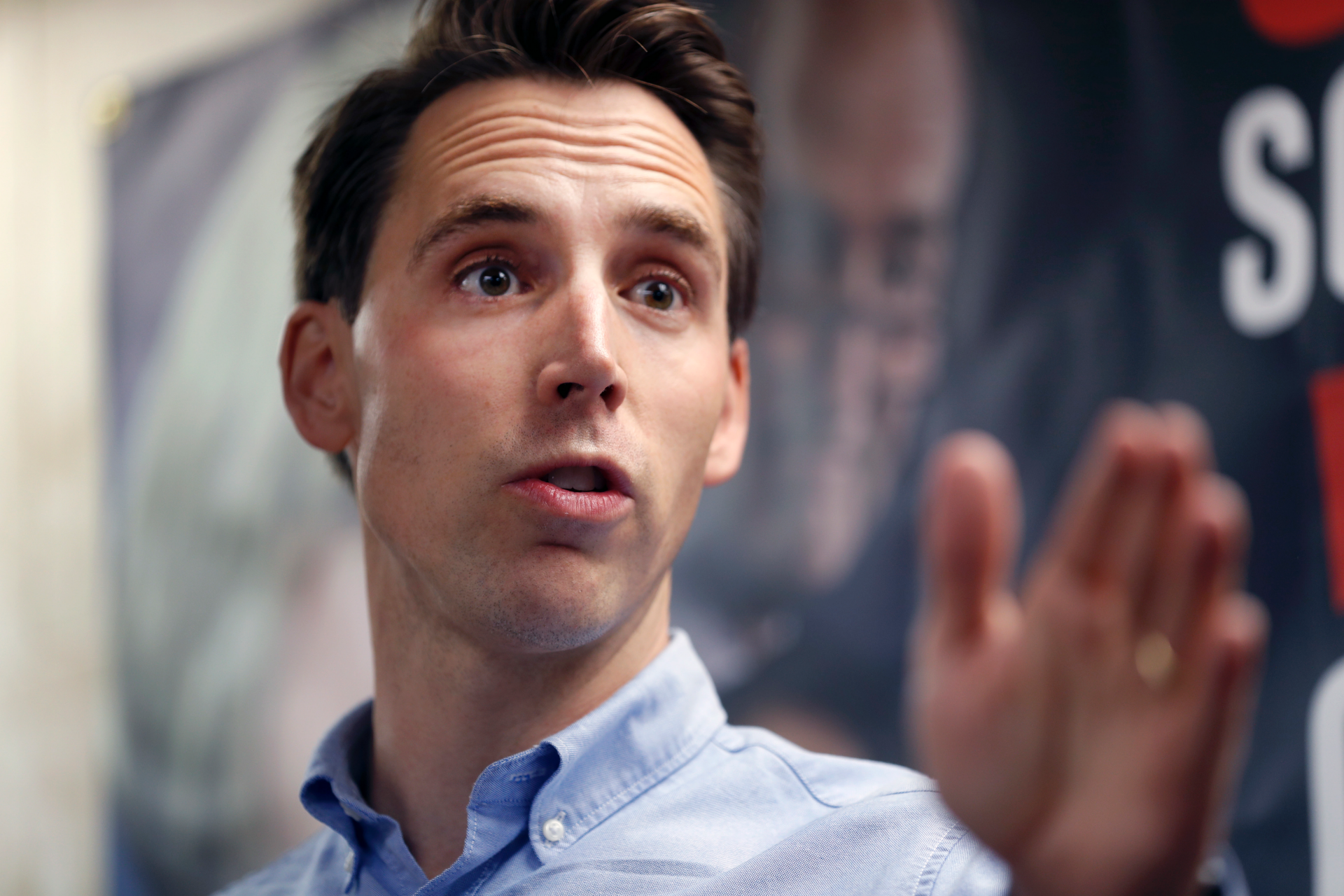 “I think that the president’s action here to stop funding is absolutely appropriate,” Hawley, R.-Mo., told Fox News during a phone interview. “I personally wonder if there has been a federal law violation. It’s not clear to me that these agencies actually had authority under congressional appropriations to spend that money, the way that they were doing it. So, I really wonder if we got some federal legal issues.”

Hawley will personally investigate the matter, and he hopes Congressional committees with jurisdiction will do the same.

“Bottom line is: No taxpayer money ought to be spent on pushing this kind of Marxist influenced nonsense, that is racially divisive, Hawley said. “If you didn’t know better, if you read this stuff, you’d think it was put out by some White nationalist. It’s unbelievable.”

On Sept. 4, OMB director Russell Vought directed federal agencies to identify spending related to any training on “critical race theory,” “white privilege” or any other material that teaches or suggests that the United States or any race or ethnicity is “inherently racist or evil.”

The memo comes as the nation has faced a reckoning this summer over racial injustice in policing and other spheres of American life.

Hawley single out Sandia National Laboratories, which designs nuclear weapons, and held a mandatory retreat titled, “White Men’s Caucus on Eliminating Racism, Sexism, and Homophobia in Organizations,” and was cited by Discovery Institute researcher Christopher Rufo, during an appearance on “Tucker Carlson Tonight.” Rufo also said the practice was being mirrored throughout various governmental agencies.

In response to these claims, a senior Trump administration official told Fox News the White House was committed to ending this type of training for federal employees.

“This is a sickness that cannot be allowed to continue,” the president tweeted on Saturday. “Please report any sightings so we can quickly extinguish!”

Hawley had sent a letter to the Department of Energy last month, demanding an explanation for the caucus hosted for Sandia executives. He then announced that Energy Secretary Dan Brouillette had initiated a department-wide investigation of the issue and even praised him during Thursday’s call with Fox.

“We are awaiting a full accounting [on how much was spent] — for instance, the Energy Department — I applaud the Energy secretary for launching a full investigation after I sent him a letter asking for answers,” Hawley said. “Millions of dollars [have been spent] certainly. But now, the Department of Energy — the Smithsonian — reports that West Point — for heaven’s sake — is having its cadets go through this kind of training.”

He said leaked documents indicated that racial sensitivity training has been held a the Treasury Department, the FBI and Homeland Security.

An Energy Department spokeswoman said said the department’s leadership did not have know about or authorize spending for social workshops at the Sandia National Laboratories, or elsewhere.

“The secretary has directed the NNSA, as well as DOE leadership, to initiate an expedited enterprise-wide review of trainings that take place at all 17 labs, plants and sites to ensure equal treatment for all employees and contractors,” the spokesperson said referring to the National Nuclear Security Administration. “In addition, he has asked DOE’s Inspector General to initiate its own independent investigation.”

Hawley claimed the best way to avoid any misappropriation of funds in the future would be to have the Senate hold agency heads’ feet to the fire financially when it comes time for Congress to reauthorize their budgets.

“W e need to specify that these funds cannot be used to push propaganda like this,” he explained. “I’d like to see the Homeland Security Committee — on which I sit, and which has jurisdiction over some of these agencies — I think we ought to do our due diligence here and have oversight hearings to take appropriate oversight steps.”

Hawley wants to make sure that money is not used for racial sensitivity training by making it part of the law.

“It’s serious,” he said “This is why we need oversight, to see exactly how much money was spent, who’s authorizing this at the various agencies and we need to make sure no further funds are spent.”

Fox News’ Sam Dorman contributed to this report, which contains material from the Associated Press.