What’s going on with the Durham investigation, if anything? 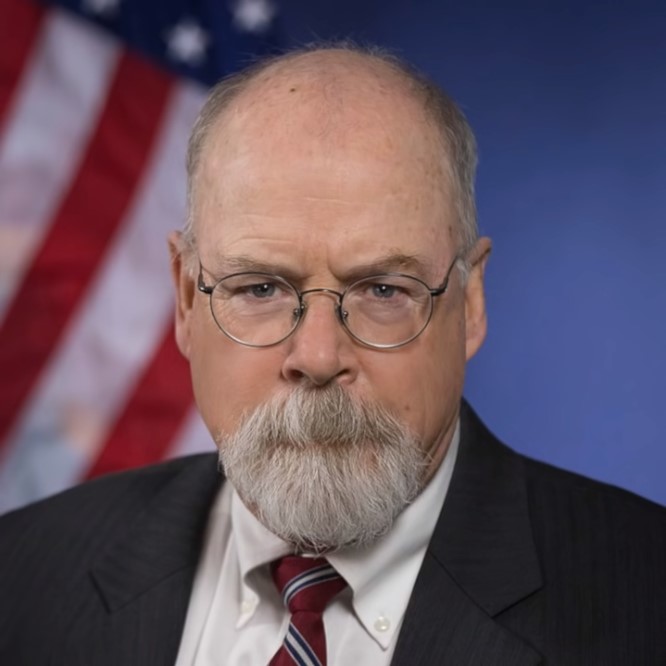 Ever since Attorney General Barr appointed U.S. Attorney John Durham to investigate the origins of the Russia collusion probe, Trump supporters have been waiting for the bomb to drop. And waiting. And waiting. But nothing ever happens.

Judicial Watch’s founder Tom Fitton thinks that conservatives are being scammed. Instead of an investigation, it’s just another Washington cover-up. I suspect (or, maybe, hope), though, that Barr and Durham are holding their fire because of the election.

Tom Fitton, whose organization doggedly uncovers documents the Swamp wants to hide, was on Fox News’ Lou Dobbs Tonight. He is concerned that the John Durham investigation is a sham:

According to Judicial Watch founder Tom Fitton, Trump supporters are getting taken for a ride. Fitton said during a recent appearance on Fox Business’ “Lou Dobbs Tonight” that Barr and Durham are making no progress on investigating what very well may be the worst criminal conspiracy in U.S. history.

“You know, my concern is it’s been, what, sixteen-plus months since Durham was appointed and only now is he questioning Mr. Brennan,” Fitton said.

Fitton said that he is inclined to believe disgraced former CIA Director John Brennan when he says that he is not a person of interest in Durham’s investigation.

“I don’t see grand juries operating. I don’t see a bunch of witnesses coming in. I don’t see lawyers complaining about their clients being brought in before Durham,” Fitton said.

He said that the Mueller investigation was run much more thoroughly than Durham’s so-called investigation, the goal of which appears to be protecting the deep state.

“You know when the government is being pressure [sic] on witnesses and subjects and that is not evident here,” Fitton said, adding that it is his opinion that Durham is “not doing the work” needed to bring deep state criminals to justice.

You can see the whole interview here:

1. Trump is a master showman. He knows people who are not politically obsessed don’t start paying attention until the election draws near. He may have asked Barr and Durham to hold off until September and October when any announcements will have maximum impact.

2. Barr wanted to have indictments, if any, take place early in the year so that criminal actions would be in play by the time the election rolled around. If the cases were solid, even if Trump lost the election, it would be hard to dismiss the cases without some uproar.

What changed that plan was the lockdown, which stopped everything in its tracks. At this point, perhaps Barr is waiting to see how the election turns out. First, since the Democrats are showing every sign of planning a coup, every bit of Justice Department energy has to be turned to ensuring fair elections.

Second, if Trump wins, it will be clear sailing to arrest and prosecute the people who used the Constitution like toilet paper. Alternatively, if the Democrats manage to get Biden into the White House, there’s no mileage whatsoever in opening prosecutions because the first thing that Biden’s Attorney General (San Francisco’s Chesa Boudin? Chicago’s Kim Foxx?) will do is dismiss them.

If my second theory is correct, that’s another reason to get out and vote – in person – for Donald Trump. After all, it seems as if there’s still stunning evidence developing in the investigation:

DEVELOPING: Investigators have learned that Obama CIA Director John Brennan ran a secret task force out of Langley with its own separate budget to investigate Trump campaign and alleged ties to Russia. Task force set up before FBI officially launched its own probe on 07/31/16

Dan Bongino, who is my go-to guy for explaining the ins and outs of the Russia collusion hoax, believes that the above tweet is accurate and that it jibes perfectly with existing evidence showing that John Brennan, working with the Democrats and Christopher Steele, was the mastermind behind the entire hoax. You can listen to Bongino’s careful explanation here: