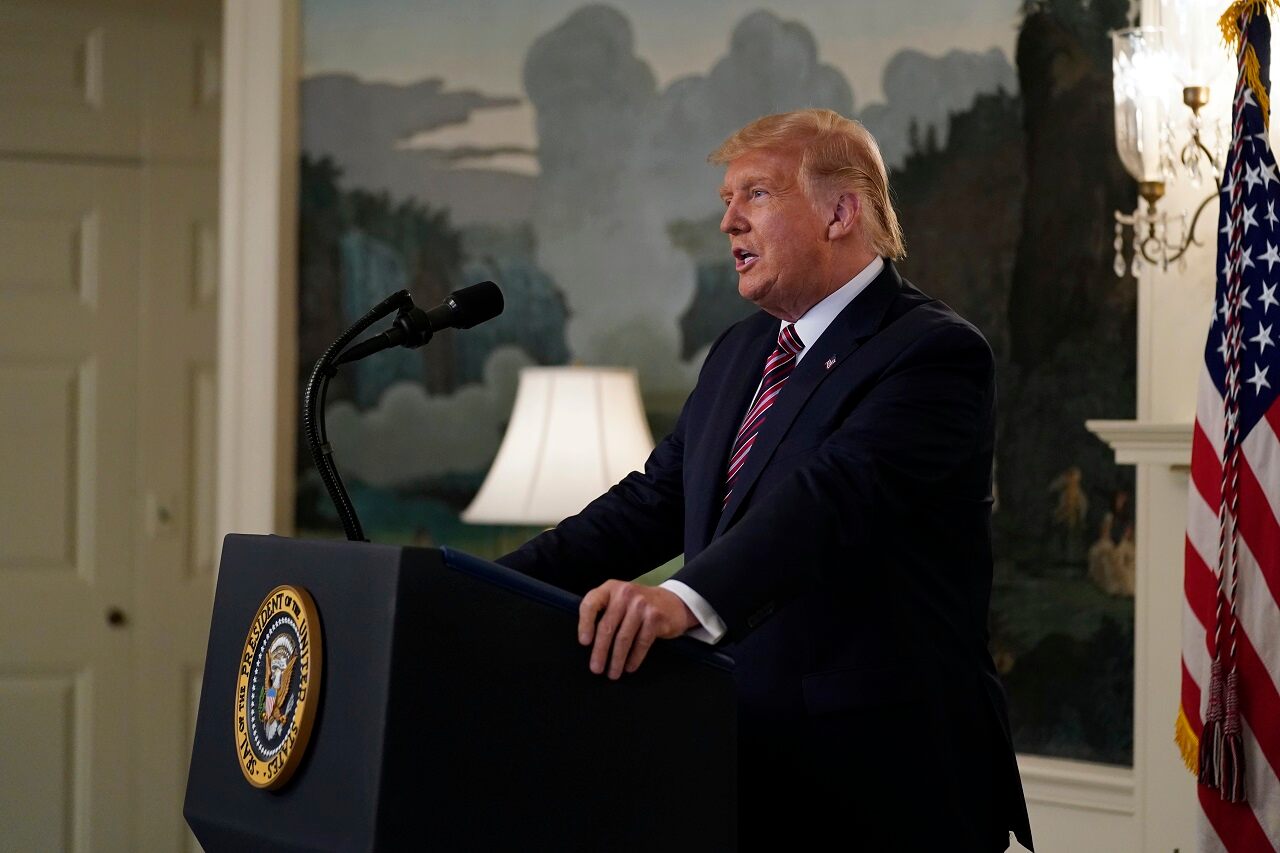 The White House is reportedly considering issuing a new round of executive actions amid dwindling hopes for a bipartisan coronavirus relief deal.

Trump administration officials have discussed efforts to unilaterally provide support for the beleaguered airline industry and bolster federal unemployment benefits, according to The Washington Post, citing two people aware of the matter who spoke on the condition of anonymity.

The Constitution gives Congress, not the president, the authority to determine federal spending.

At the beginning of August, Trump circumvented Congress — deadlocked over another round of emergency relief — and signed four executive actions to partially restore unemployment benefits at $300 a week and defer payroll tax payments through the end of the year for workers earning less than $104,000, discourage evictions and defer student loan payments.

Although lawmakers joined forces in March to pass a massive $2.2 trillion stimulus deal by near-unanimity, negotiations on another aid package collapsed at the beginning of August. There have been no signs of detente since then, with both sides accusing the other of playing politics.

Minority Leader Chuck Schumer, D-N.Y., meanwhile, accused McConnell of “looking for political cover” instead of bipartisan cooperation with the planned floor vote on the $300 billion legislation.

“It won’t pass on Thursday, and we’ll be right back where we are today: needing our Republican colleagues to understand the gravity of the situation in our country, and work with us on a bill that actually makes some sense and deals with the magnitude of this awful crisis,” he said.

Treasury Secretary Steven Mnuchin, one of the lead negotiators for the White House, said his focus now is ensuring Congress passes a stopgap measure to keep federal agencies open beyond Sept. 30. (Mnuchin and House Speaker Nancy Pelosi, D-Calif., said they have agreed to work on a short-term spending bill to avoid a government shutdown on Oct. 1.)

He said he was unsure whether the two sides could reach a compromise on another round of emergency relief.

Asked on Wednesday about the odds for a deal this year, Mnuchin said, “I don’t know. We’ll see. I hope there is. It’s important to a lot of people out there.”

The Senate returned to Washington on Tuesday from its four-week August recess and have a floor vote planned Thursday on a “skinny” $300 billion relief bill that Democrats have already panned.

The House is scheduled to return on Monday for about three weeks. But even if McConnell secures 51 GOP votes, the legislation will not receive the necessary 60 votes to advance.

Lawmakers are working on an increasingly tight deadline, with just a few weeks before they leave Washington to campaign ahead of the Nov. 3 election.

WHY DID THE WASHINGTON POST SIT ON BOB WOODWARD’S TRUMP RECORDINGS?

Last week, Trump floated the possibility of reallocating $300 billion in unused coronavirus relief funds to send Americans a second $1,200 stimulus check. He suggested he could use executive authority to release the money, but suggested he would prefer that Congress sign off on the proposal.

“We have $300 billion in an account that we didn’t use. I would be willing to release it, subject to Congress, and use that as stimulus money and it would go right to the American people,” Trump said Friday during a White House press briefing.

Trump did not specify what the funding source is, but may have been referring to unused business loan money approved by lawmakers at the end of March in the $2.2 trillion CARES Act. Under the stimulus package, Congress appropriated $500 billion to the Treasury, with $454 billion intended to cover losses on Federal Reserve lending programs. So far, $259 billion of that funding remains uncommitted.

While the nation’s economy has mounted a tepid recovery, new government data released last week shows the labor market is still far from pre-crisis levels: Employers added 1.4 million jobs in August and the unemployment rate fell to 8.4%, but there are still 11.5 million more out-of-work Americans than there were in February.