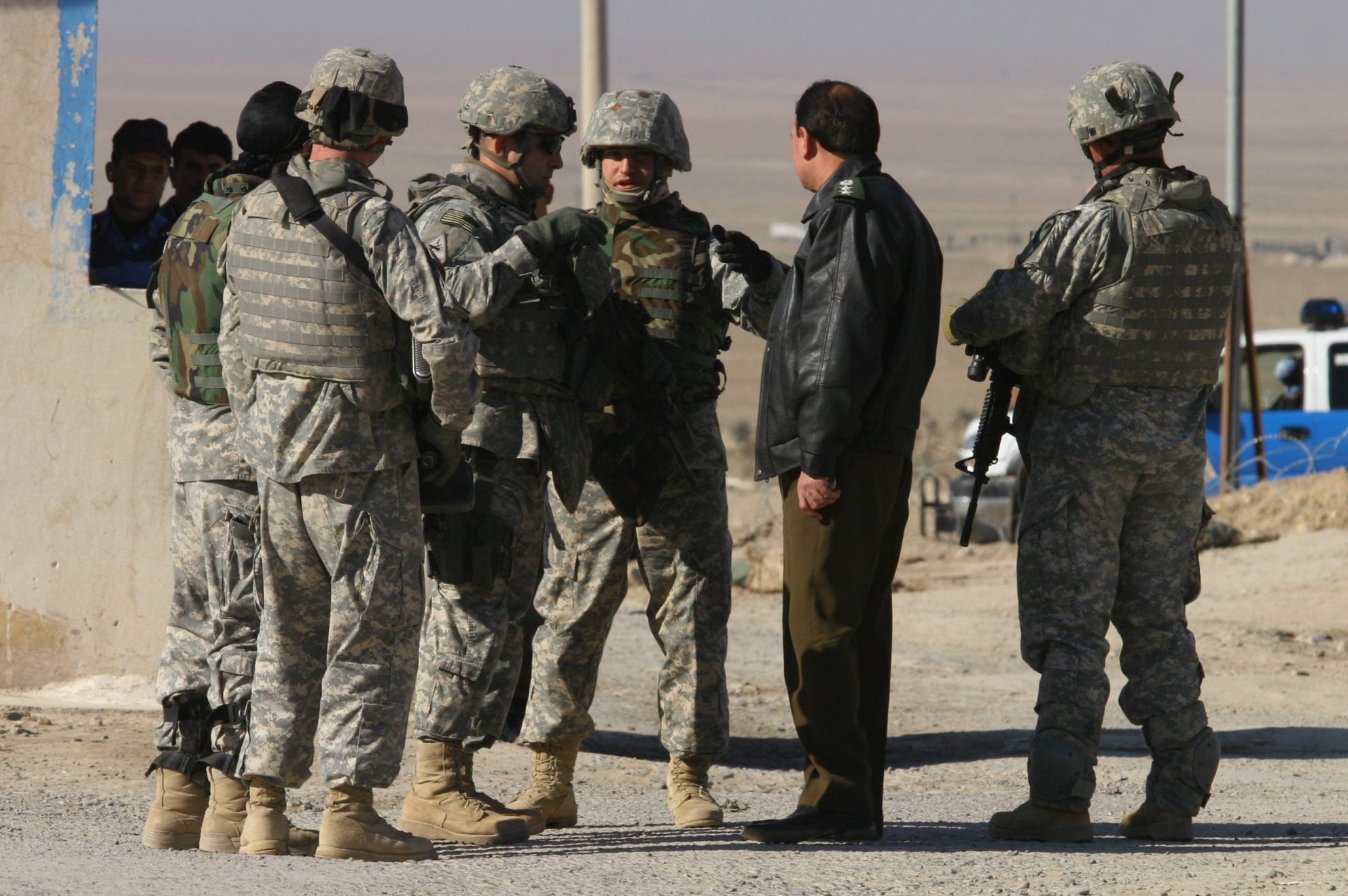 Press Sec. Kayleigh McEnany said Trump is keeping his promise to end endless wars, though thousands will still be deployed

The U.S. plans to reduce the number of troops in Iraq from 5,200 to 3,000 by the end of this month, Gen. Kenneth “Frank” McKenzie, the commander of U.S. Central Command, told a small group of reporters Wednesday.

Trump said in August that the United States would be “leaving [Iraq] shortly.” The White House is billing Wednesday’s announced drawndown as Trump keeping his 2016 campaign promise to end endless wars.

But there are still thousands of U.S. troops in Afghanistan, Bahrain, Jordan, Saudi Arabia, Syria and Djibouti. Even after this troop reduction, there will still be several thousand U.S. soldiers stationed in Iraq.

Questioned about how this is Trump keeping his promises, White House Press Secretary Kayleigh McEnany said at Wednesday’s briefing, “These things take time.”

“We want to ensure that the Iraqis’ security forces are well-trained, and our U.S. troops have done a magnificent job doing just that. We believe that now is the time when we can make this drawdown, keep the country stable, because of the training our troops have done,” said McEnany.

But is there any particular strategic significance to this moment of training versus any other? After all, after the U.S. killing of Iranian Gen. Qassem Soleimani, Iraq asked the United States to begin withdrawal of its troops back in January. At that time, the Iraqi Parliament voted to end the long-standing American military presence in Iraq; and Prime Minister Adel Abdul-Mahdi complained that the U.S. had been moving troops into Iraq and operating drones without authorization.

Asked if this drawdown is simply a political stunt to make it look like Trump is keeping his promises, McEnany replied that the President has “broken a 39-year streak of presidents either starting a war or bringing the United States into an international armed conflict.”

She added that “the facts tell the story” and that Trump “unlike past presidents, has prioritized peace through strength.”

In terms of breaking that streak, “how does that work, if the president has sent troops into Saudi Arabia?” a reporter asked.

McEnany ignored the question and moved on to take a question from Chanel Rion of One America News, who has been barred from the briefings by the White House Correspondents association, but continues to attend as a guest of the press secretary.

In his announcement, Gen. McKenzie cautioned that the Iraqi security forces aren’t able to carry on the fight without U.S. support, Defense One reports.

“We’re a little ways away from that from that now, but we’re certainly a lot closer than we were two or three years ago to realizing that goal,” McKenzie said, adding, “I think there’s a place for us in Iraq.”

The United States will continue to maintain its Patriot missile defense batteries and short-range defense capabilities at Iraqi remaining bases, McKenzie assured reporters, and there are plenty of resources in Iraq “to counter Iran.” That’s despite the request of the Iraqi government for a total withdrawal in the wake of Soleimani’s killing.

“I continue to believe that Iran has an objective of ejecting the United States from the theater and from the region,” McKenzie said. “They see Iraq as a battleground for that, and frankly I think they have been thwarted in that goal. We have what we need to maintain a rough deterrence against Iran across the theater.”

Tuesday night at a campaign rally in North Carolina, President Trump told an approving audience, “The fact is, we don’t have to be in the Middle East, other than we want to protect Israel. We’ve been very good to Israel.”

President Trump has also said that there will be fewer than 5,000 American troops in Afghanistan by Election Day in November, and the expected nomination of Afghan war critic William Ruger as the new ambassador to Afghanistan suggests that further troop drawdowns may also be announced soon.