Britain Left the European Union at Just the Right Time 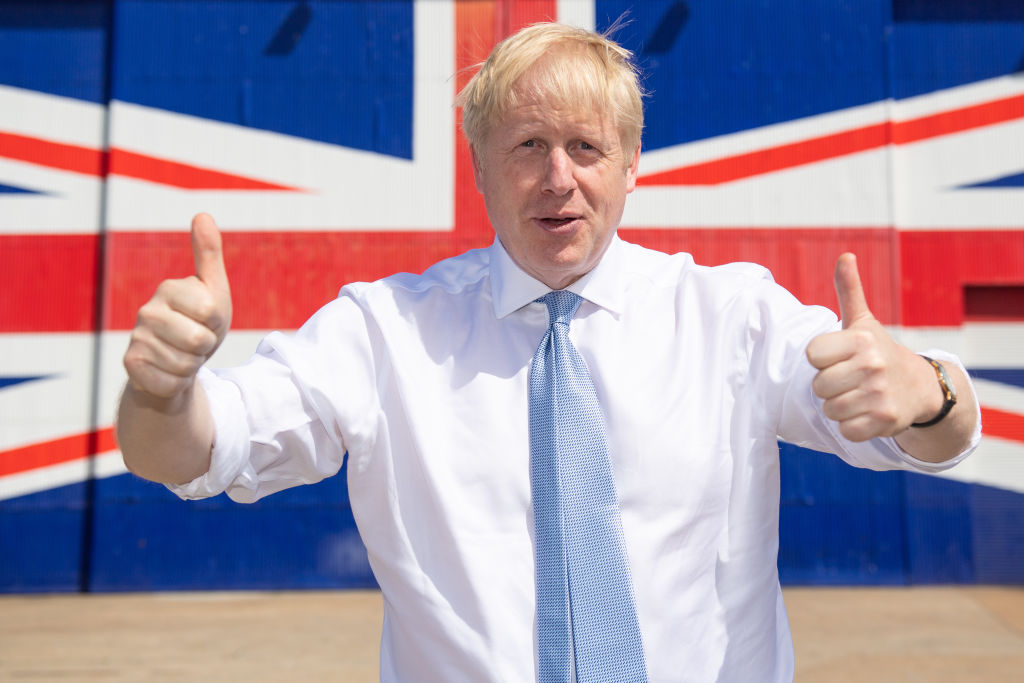 The EU is using the coronavirus as an excuse to consolidate its power and tax and spend.

The European Union is battling it out over its new seven-year budget plan (what more efficient way of running a union than deciding on all its needs and projects seven years in advance?). The recession has begun, and many EU member states are utterly unprepared for what’s to come. Spain’s debt-to-GDP ratio is at a stunning 97.6 percent, France’s is an even higher 98.1 percent, Belgium’s is 99.8 percent, Cyprus’s 101 percent, Portugal’s 122 percent, Italy’s 135 percent, and Greece’s is 181 percent.

With a large number of countries in worse financial shape than they were back in 2008, one wonders who will foot the bill to bail out Italian airlines or Greek fishing boats—or a €500 travel voucher for intra-Italy holidays, as Rome unveiled back in May. The most recent budget compromise from last month bundled a €1.1 trillion budget with a €750 billion COVID-19 recovery package. At first, the so-called Frugals—the Netherlands, Denmark, Sweden, Finland, and Austria—tried to stop this record spending, but they were shouted down by the media and French president Macron, which called them the “new UK,” took their petty contributions discounts (they have to pay slightly less to Brussels), and then agreed to the deal.

Whether or not they use the Euro, the EU’s common currency, member states still have to pour funds into the union. Most outrageously, France and Germany used the fights in the European Council to slip in €20.8 billion more for themselves.

The absence of the United Kingdom has made it abundantly clear that for the longest time, countries that view the spending and expansion plans of Brussels with a critical eye were relying on Westminster to block massive spending and sweeping new powers. The first Council meetings without the UK have shown they are not up for the task: despite their (milquetoast) opposition, the EU is taking up a loan worth billions, to be paid back by 2058. It had previously been unthinkable that the EU would take up its own debt, but with the union’s biggest critic gone, the sky’s the limit.

Then there’s the mother of bad ideas: EU taxes. Taxation is a guarantee of the independence of a state. In Switzerland to this day, the cantons levy taxes and send it to the capital in order to avoid a federal takeover. The EU, just like the UN or any other international organization, has thus far been dependent on the contributions of its members. Now it is requesting specific tax levies independent of the goodwill of its member states, starting on January 1, with a new tax on plastic packaging. Planned for the coming years are digital taxes on American tech giants, a new carbon tax on imports (some would call those tariffs but Brussels thinks otherwise), and a financial transaction tax.

None of these factors would have been possible with the pesky United Kingdom as a member. In fact, those campaigners clamoring for the UK to rejoin would find themselves in a very different EU than the one they haven’t even fully left yet.

Most upsettingly of all, none of these changes are new ideas. To the contrary, they are old ideas rehashed as COVID-19 recovery efforts. I myself have explained, in this very publication, the grandiose plans of the European Union, its questionable lead figures, the nonsense of an EU carbon tax, and the impending European army. EU federalists have for a long time been advocates of European mutualized debt, European taxes, and a centralized European government. Those who point this out are not conspiracy theorists. EU politicians really are using the coronavirus to push for political changes that would have been unthinkable just half a year ago.

The budget deal proves that the European Union is the same ever-expanding political project as those who supported Brexit believed it was (and still believe). Meanwhile, the UK currently has other concerns, as do all countries. But that won’t prevent its citizens from realizing that Brexit, while a courageous political step, was not one without forethought.

In the 1970s, the Brits looked across the Channel at Western Europe and longed to be a part of the common market that was being created in Luxembourg and Belgium. It seemed unreasonable to miss out on a broad project being created by the most industrious nations on the continent. Needless to say, it does not feel this way today.

With COVID-19 has come the realization that much of Europe’s economy is built on sand—often literally, as Southern European nations live off of tourism. For instance, tourism accounts for 18 percent of Greece’s GDP. By comparison, the UK is a nation of logistics, high-end infrastructure, and competitive financial services.

Whoever reminisces about EU membership in the UK is less concerned about international commerce than an idealized version of a Europe. That ideal doesn’t exist and never will.

Bill Wirtz comments on European politics and policy in English, French, and German. His work has appeared in Newsweek, the Washington Examiner, CityAM, Le Monde, Le Figaro, and Die Welt.