‘Deadly stuff’: Trump’s own words bring focus back to virus… 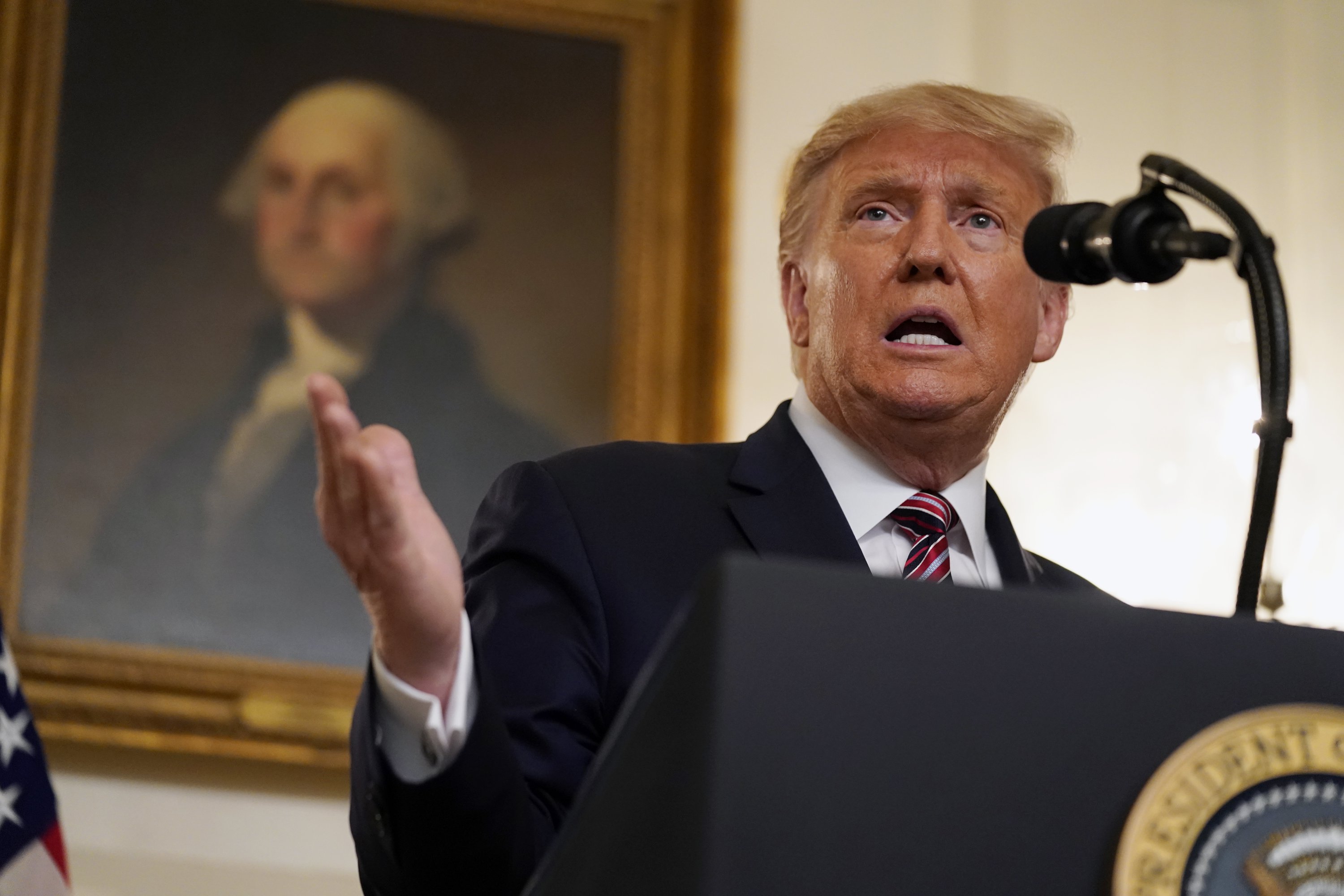 WASHINGTON (AP) — Try as he might to change the subject, President Donald Trump can’t escape the coronavirus.

In April, the president tried to shift the public’s focus to the economy. In July, to defending the country’s “heritage.” In September, to enforcing “law and order.” But all along the way, the death toll from the coronavirus continued to mount.

And now, Trump’s own words are redirecting attention to his handling of the pandemic when he can least afford it — less than two months before Election Day.

“I wanted to always play it down,” Trump said of the threat from the virus. That was in a private conversation with journalist Bob Woodward last March that became public on Wednesday with the publication of excerpts from Woodward’s upcoming book “Rage.”

In taped conversations released along with the excerpts, Trump insisted he didn’t want to create “panic.” But his comments also raised fresh questions about how he has managed the defining crisis of his presidency, one that has killed more than 190,000 Americans so far, with no end in sight.

More on the Pandemic:

Trump’s team would much rather center the November vote around the economy, cracking down on protests spawned by racial injustice, and the president’s promise that he could appoint more conservative justices to the Supreme Court.

Trump released a list of 20 potential nominees for the high court, part of an effort to animate conservative and evangelical voters. But his announcement was overshadowed by a cascade of unwelcome developments, including Woodward’s revelations, a move by Nevada officials to cancel upcoming Trump rallies in the state because of the virus, and a whistleblower’s charge that Trump aides had pressured him to cover up intelligence reports about Russian election interference on the president’s behalf.

The president unleashed a barrage of tweets Thursday morning, some in an effort to change the subject, and others taking on the Woodward book head-on, defending his comments and charging the media with conspiring against him.

“Bob Woodward had my quotes for many months,” Trump wrote. “If he thought they were so bad or dangerous, why didn’t he immediately report them in an effort to save lives? Didn’t he have an obligation to do so? No, because he knew they were good and proper answers. Calm, no panic!”

Woodward has defended his decision to hold off by saying he needed time to make sure Trump’s private comments were true.

Revelations from the Woodward book emerged just as Trump’s campaign was beginning to feel that the virus was receding from public view. The president himself has been thumbing his nose at public health experts’ warning against the sort of large gatherings — with few people wearing masks — that his campaign has been staging around the country.

For all of that, Trump has faced devastating revelations of his own creation before and survived them. They stretch back to his 2015 comments questioning the heroism of Sen. John McCain, a decorated Vietnam prisoner of war, or the notorious “Access Hollywood” tape that emerged just before the 2016 election in which Trump described sexually assaulting women.

On Wednesday, Trump didn’t deny his remarks playing down the virus, he sought to justify them.

Yet Trump’s own explanation suggested he was steering people away from the reality of the coming storm. Woodward’s account details dire warnings from top Trump national security officials to the president in late January that the virus that causes COVID-19 could be as bad as the devastating influenza pandemic of 1918.

On Feb. 25, just weeks before much of the country was forced to shut down because of the pandemic, Trump declared the virus “very well under control in our country.”

Democratic nominee Joe Biden pounced on the Woodward revelations, declaring that Trump “lied to the American people. He knowingly and willingly lied about the threat it posed to the country for months.”

“While a deadly disease ripped through our nation, he failed to do his job — on purpose. It was a life or death betrayal of the American people,” Biden said.

By evening, Trump’s own words, captured on the Woodward tapes, had popped up in a Biden campaign ad. The ad includes audio of Trump privately acknowledging to Woodward the severity of COVID-19, and ends with a narrator pronouncing: “Trump knew it all along.”

In a taped Feb. 7 call with Woodward, Trump said of the virus, “You just breathe the air and that’s how it’s passed. And so that’s a very tricky one. That’s a very delicate one. It’s also more deadly than even your strenuous flus,” Trump said.

“This is deadly stuff,” the president repeated for emphasis.

Just three days later, Trump struck a far rosier tone in public, in an interview with Fox Business: “I think the virus is going to be — it’s going to be fine.”

The Washington Post, where Woodward serves as associate editor, reported excerpts of the book on Wednesday, as did CNN. The book also covers race relations, diplomacy with North Korea and a range of other issues that have arisen during the past two years.

The book is based in part on 18 interviews that Woodward conducted with Trump between December and July.

“Trump never did seem willing to fully mobilize the federal government and continually seemed to push problems off on the states,” Woodward writes of the pandemic. “There was no real management theory of the case or how to organize a massive enterprise to deal with one of the most complex emergencies the United States had ever faced.”