RUSH: You know, a lot of people tell me that I have a lot in common with Donald Trump, and they’re right. We have a lot in common in terms of personality, in terms of how we do public speaking and so forth. You know, there’s something else. Donald Trump has been nominated for the Nobel Peace Prize by an official from Norway, based on his success in brokering a peace deal between Israel and the United Arab Emirates. 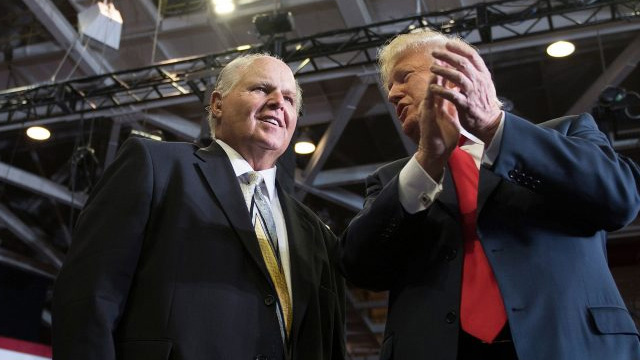 Nobody wants them, but everybody’s willing to use them to try to damage Israel or to prevent any kind of a Middle East peace deal. So here comes Donald Trump — outsider, clodhopper, doesn’t know his way from this end to that beginning because he is an outsider. “He doesn’t know a thing about how Washington really works! He has no business being there.

“We need to get rid of this guy! He’s a bull in a china shop.” And he’s the only guy that’s been able to broker any kind of peace in the Middle East in your lifetime or mine, and he did it between Israel and the United Arab Emirates. So there’s a lot of noses out of joint in the Middle East. Among them, the Palestinian Authority. 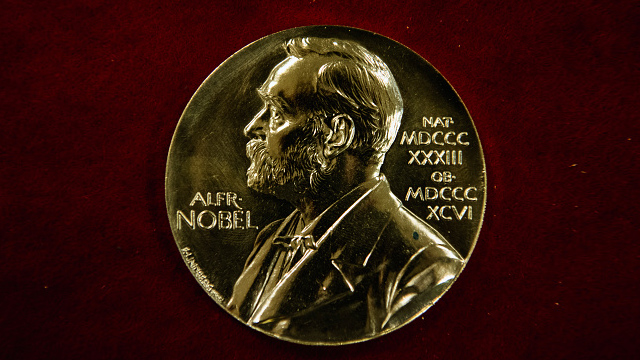 Folks, this is unprecedented. This means that Donald Trump is stronger than Palestine, stronger than the Palestinians when it comes to the whole concept of Middle East peace. This is unprecedented! This is the kind of story… Do you realize every president in our lifetimes has moved mountains to try to get deals like this? Bill Clinton practically swore his presidency on it.

He had Yasser Arafat and all of the players at Camp David. Jimmy Carter did the same thing. Both Bushes were hell-bent on getting Middle East peace. None of them did. This is not a criticism, by the way. The efforts that they engaged in were valiant. I’d have to say the Clinton effort… You know what was really instructive about the Clinton effort? 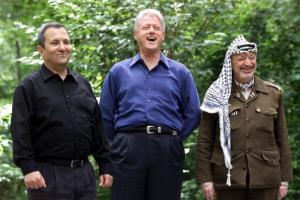 I mean, Clinton offered Arafat everything that he demanded, and Arafat walked away. So Trump decides to go at it a different way, involving United Arab Emirates with Israel, acing out the usual players, including the Palestinian Authority. The Palestinian Authority now is demanding the deal be sanctioned, and they are told no.

GREGG JARRETT: He’s been called many things in his long and controversial broadcasting career, but never a Nobel Peace Prize winner. … Rush Limbaugh nominated today for the 2007 Nobel Peace Prize.

STEVE EDWARDS: He was nominated by the Landmark Legal Foundation, which calls Limbaugh “the foremost advocate for freedom and democracy in the world today.”

WILLIE GEIST: Rush Limbaugh may not be the first person who comes to mind when you think of the Nobel Peace Prize. But to the people at the conservative public interest law firm Landmark Legal Foundation, Rush is a regular Nelson Mandela.

RUSH: Well, it was a very honored day for me to be nominated for the Nobel Peace Prize by the Landmark Legal Foundation, on the premise that I am among the foremost advocates for freedom and democracy in the world. That’s true. That’s undeniable. 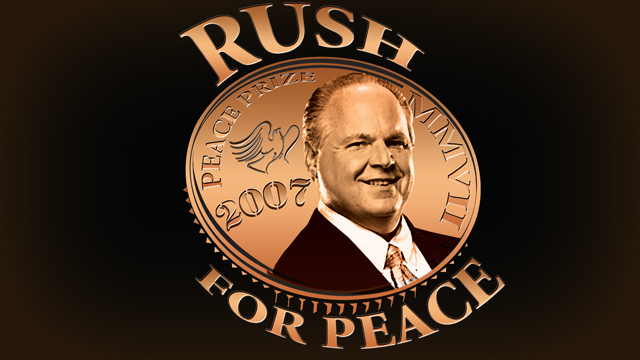 I am a total devotee to the concepts of liberty and freedom for everyone and what it means. That’s one of the primary requirements, one of the primary qualifications for a Nobel Peace Prize winner — and now Trump has been nominated. So it’s yet again the illustration of what Trump and I have in common more and more.