The Stunning Transformation Of Alexandria Ocasio-Cortez 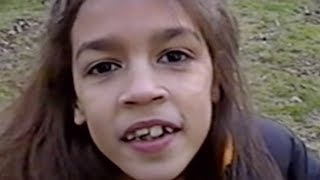 Congresswoman Alexandria Ocasio-Cortez is arguably one of the most famous up-and-coming politicians out there. But before she landed on Capitol Hill, she was living a pretty normal life. Here’s how this Bronx native went from science geek, to AOC, and why she’s not stopping now.

It turns out AOC’s a native of the Bronx, with deep roots in the community. She told Vogue,

“My aunt and my uncle were just talking last Christmas about how they literally heard Malcolm X evangelizing on street corners. That is the institutional memory of my family and multigenerational New York families.”

The New York City that AOC’s family first experienced was much different than it is today.

As the city has changed, it’s become less and less affordable. AOC said,

“My family is three generations deep in the Bronx. And my own mother can’t afford to live in the same city, in the same state as me anymore, because it’s gotten too expensive.”

Watch the video for more about the stunning transformation of Alexandria Ocasio-Cortez!