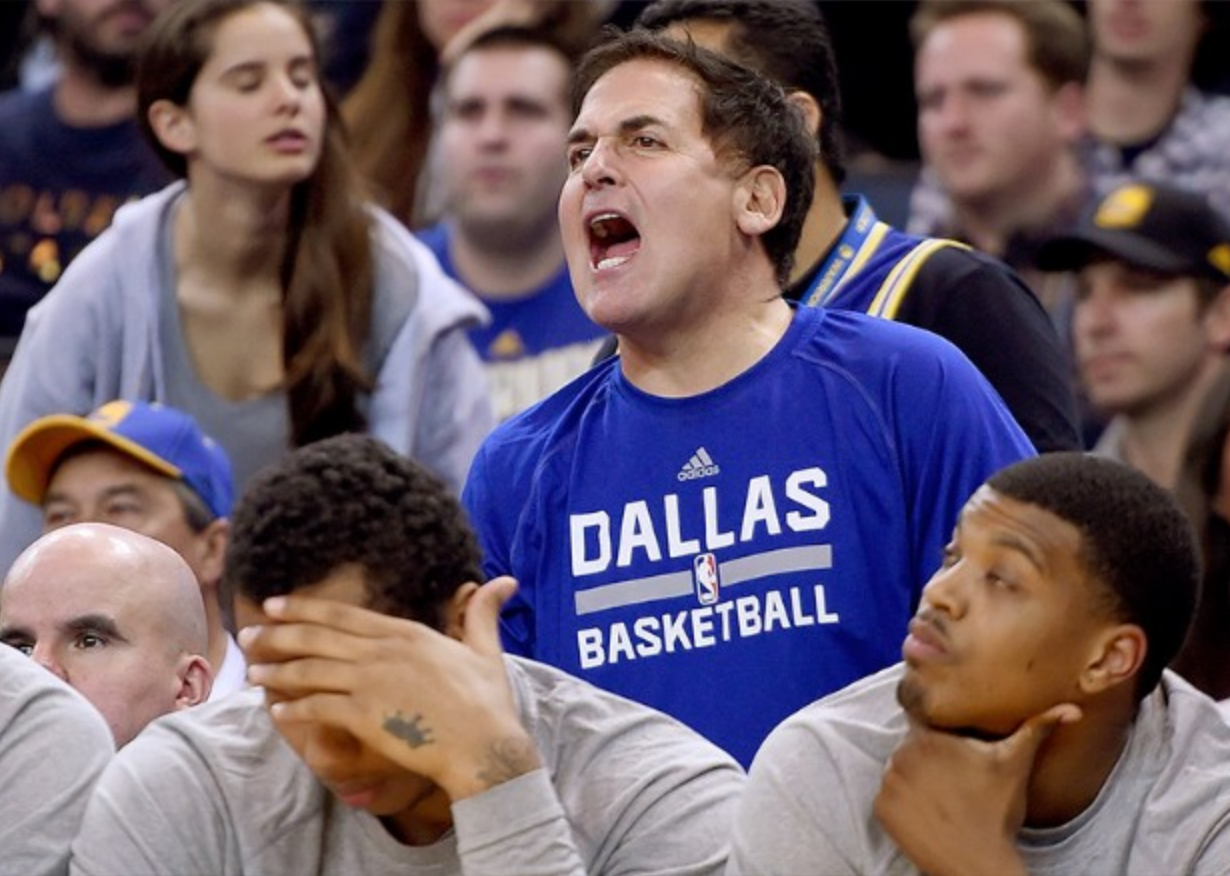 Imagine for a moment that you are the head of a company that saw its primary product’s popularity sink among Republicans and Independents by 46 and 36 points respectively in the space of a year. I don’t care what the product is. It could be a bar of soap. As a capitalist, you’d have some questions. You’d be open to ideas about what you did wrong. You’d consider all the possibilities. You certainly wouldn’t reject it as out of touch or imply that it’s racist to suggest your affiliation with a radical race-focused agenda was the issue involved.

But then you wouldn’t be billionaire entrepreneur Mark Cuban, famous for Shark Tank, owning the Dallas Mavericks, and as a dude who should probably slow his roll on fillers. Last night he got into it in a lengthy argument with Townhall’s Guy Benson over a new Gallup poll, which illustrates in shocking detail the challenge facing pro sports in the era of the Great Awokening.

Well, I disagree strongly with them. And I do have a problem with calling police pigs & the country racist. I also believe he has the right to say whatever he wants (🇺🇸).

I have learned from some blm advocates — while also not being terribly interested in “learning” from Kaep. https://t.co/sql0nJBnkj

Perhaps even more troublesome for owners who feel this is just white conservatives being resistant to change, the drop was even bigger among non-whites – a 35-point negative swing versus 26 points, perhaps indicating that woke white Democrats are totally down with the wokeness.

Most fans watch sports out of allegiance and a desire to be entertained. The more this entertainment is interrupted by political posturing, the more people will tune out and find different entertainment. According to internal analysis shared with me about the NFL’s performance, they found fans don’t typically drop away entirely – they just watch fewer games. Instead of watching their own team and a bunch of other games every Sunday, they shrink back to watching just the team they care the most about.

The NFL’s plan to squelch all of this is to show the National Anthem on the first weekend of games then not show it at all, so the performative kneeling and the like will become moot. But Cuban’s willingness to engage in a blatant public performance which pretends as if a 46-point drop among Republicans and a 36-point drop among Independents is just noise is a sign of how much corporate owners are willing to engage in gaslighting in order to avoid a hard question about the downsides of what they’re doing.