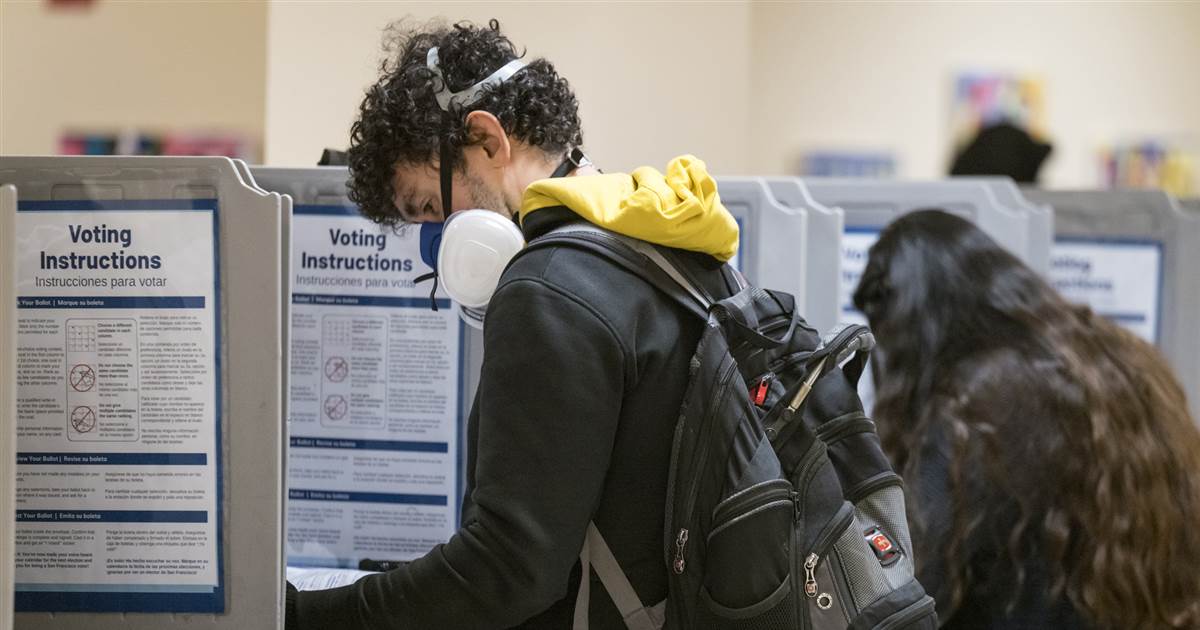 San Francisco residents will be casting ballots in November to determine not just who should be in the White House, but if the city should be allowing 16- and 17-year-olds to vote in local elections.

A similar measure introduced in 2016 narrowly failed with 48 percent of the vote, but local activists and organizers are confident that it will pass that this time.

“I really think that Vote 16 will help youth of color in San Francisco establish the habit of voting at an earlier age, and really provide them with the support and the resources that they need to continue building on that habit as they grow older,” said Crystal Chan, an 18-year old organizer for Vote 16 SF who fought to get the measure on the ballot.

If the proposition passes, San Francisco would become the first major American city to give 16- and 17-year-olds the right to vote in municipal elections. But the question remains: what would be improved by lowering the voting age by just two years?

“Research is clear on this, that voting is a habit. And 16 is a better time than 18 to establish that habit,” Brandon Klugman, Vote 16’s campaign manager, told NBC News. “Our motivation here first and foremost is to make sure that we put new voters in a position to establish that habit in the first election they’re eligible for, and then to continue participating throughout their lives which is good for democracy on every level.”

While this debate is getting renewed attention, some cities have allowed people as young as 16 to vote in local elections for years — like Takoma Park, Maryland, where city officials say they’ve seen positive results since its implementation in 2013, pointing to increased youth engagement and higher turnout.

“I hear from a lot of people around the country who are interested, a lot of young people but also people who are not young, who are interested in adopting this in their communities,” said Jessie Carpenter, a Takoma Park city clerk.

Let our news meet your inbox. The news and stories that matters, delivered weekday mornings.

At the federal level, lowering the voting age has not picked up the same traction, but the initiative does have some bipartisan support in the halls of Congress.

Congresswoman Grace Meng, D-NY, has long advocated for the issue and introduced a constitutional amendment in 2018 to lower the voting age nationwide to 16.

“I’m always inspired by our nation’s youth who have demonstrated wisdom, maturity and passion on issues like social justice, gun control, and climate change,” Meng said in a statement. “They are the leaders of our future and the decisions we make impact their lives every day. To capture their views and experiences, we must lower the voting age to 16 in all elections.”

Rep Ayanna Pressley, D-Mass., introduced an amendment to HR 1 — the For the People Act — in 2019, to lower the federal voting age to 16. The amendment received 126 votes including one Republican, Texas Rep. Michael Burgess, a member of the Rules Committee who said it struck a chord with him.

“Here’s the point: would policymakers pay more attention to the problems that are being dealt to this segment of the demographic if policymakers were actually answerable to them? I think it is worth having the discussion,” Burgess said in March of 2019.

The movement also garnered mainstream support including from House Speaker Nancy Pelosi D-Calif., who has long supported the idea.

“I think it’s really important to capture kids when they’re in high school, when they’re interested in all of this, when they’re learning about government, to be able to vote,” Pelosi, who represents San Francisco, said in March of 2019.

Skeptics argue that 16-year-olds are not mature or informed enough to cast a ballot and that the policy could be inconsistent with other age-related requirements in the United States.

Nate Hochman, a senior at Colorado College and Republican Activist, doesn’t support the initiative to lower the voting age, citing multiple reasons including whether young people have enough experience in “understanding exactly what good governance looks like” within their communities.

“Sixteen-year-olds — they’re sophomores, juniors in high school like they’re deeply impressionable. They’re largely interested in learning what, you know, their friends are doing and appearing to be cool. And they’re not capable of making completely rational decisions about voting,” Hochman said. “When are you an adult? When do we trust you to make your own decisions about who you are in the world and making your own way?”

As was the case in recent years with gun safety advocacy and climate change, Klugman believes that the coronavirus pandemic lends urgency to the need for young people to have a say in local elections.

“We’ve seen the concrete effects that local policy decisions make on the lives of young people really more clearly than ever as school boards and local officials figure out how they’re gonna reopen schools… how they’re going to make sure that young people have access to remote learning and the achievement gap doesn’t widen.”

While Klugman is optimistic that support for the movement will continue to grow at the local level, he looks forward to it someday becoming the law of the land.

“I think we’re just getting the conversation started here, and hopefully, when we look back a few decades down the road, we’ll say hey, that actually was inevitable — even though it started off as something that was seen as pretty new and pretty bold.”