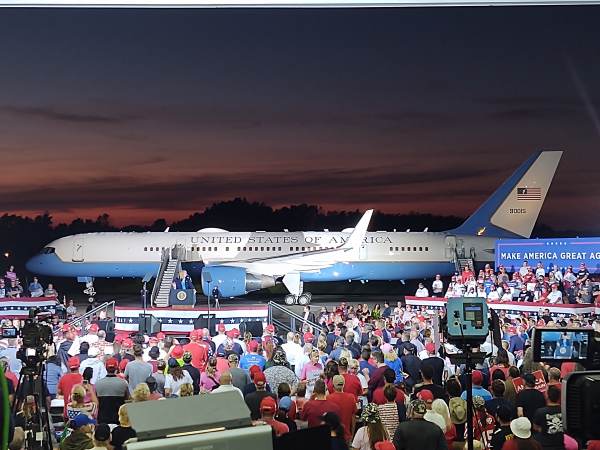 The RNC reached a milestone this week making contact with their 100 millionth voter through door knocking and phone banking.

This is a huge number!

The RNC says it has knocked on the doors of 12 million potential voters in swing states since mid-June.

The Trump campaign is using the Barack Obama playbook to win in 2020.

TRENDING: VIDEO: Black Woman Refuses To Move For White Flight Attendant…Shouts In Face Of Passenger: “Wake up, it’s 2020!…You don’t have white privilege over me”

Meanwhile, the Biden campaign is not using the same strategy.

“President Trump’s campaign and the Republican National Committee passed an enormous milestone this week — making contact with their 100 millionth voter through door knocking and phone banking.

“The RNC says it has knocked on the doors of 12 million potential voters in battleground states since mid-June — that’s around 1 million a week — while the Biden campaign has knocked on zero.
…

“RNC chief of staff Richard Walters told The Post that the Biden campaign was assuming people in must-win states would vote for them and revealed the unlikely inspiration for the RNC’s enormous field operation: Barack Obama.

“The GOP operative said it was “mind blowing” that Biden wasn’t using the same strategy that got him into the vice president’s mansion.

“’We are not secretive about our strategy when it comes to our field program. We copied Barack Obama,’ Walters said.
…

“The Trump campaign has deployed 2,000 hired staff into 22 target states and has trained another 2 million volunteers. They hope to beat Obama’s 2.2 million record before the November election.
…

“Volunteers reached their 100 millionth voter this week in North Carolina, a number three times larger than their 2016 effort.
…

“…Walters said the Biden campaign was missing in action long before the pandemic reached US shores in February. He added the opposing strategies between the DNC and RNC would make the difference in states like Michigan.