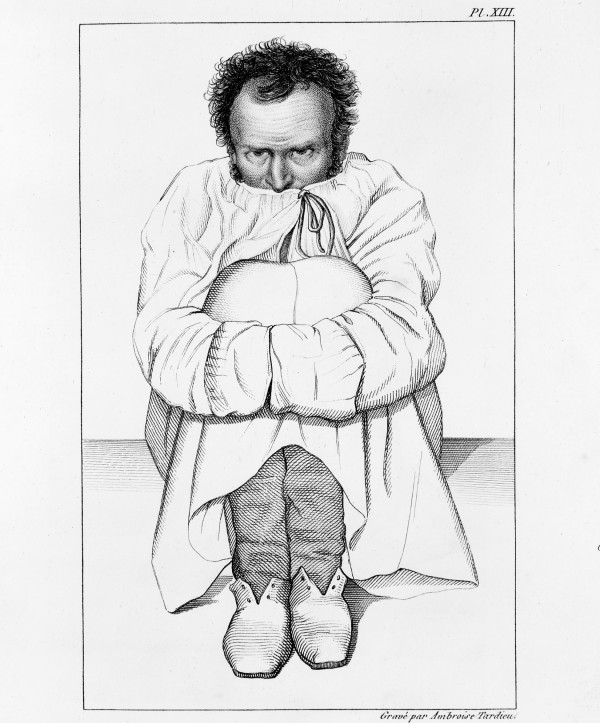 Since the Pilgrims arrived in 1620, American has attracted people who were willing to leave their home comforts behind and, at tremendous risk to themselves, carve out a vibrant new nation on land that the Native Americans, adventurers themselves, had only minimally tamed. Now, in 2020, our stalwart predecessors would never recognize, let alone acknowledge as their descendants, those people on the left whom Trump has emotionally destroyed.

It’s not me saying that the American left has gone round the bend. It’s leftists saying that. At Salon, there’s a lengthy interview with a neuroscientist who explains that Americans “are being psychologically abused by Donald Trump.” The result, he says, is a mental health crisis that will take years to resolve.

Chauncey Devega sets the stage for the scientist’s pronouncements. This is not the last four years as you understand them. It’s an alternate universe. In Devega’s world, Bob Woodward’s revelation is not that, when little was known about the Wuhan virus, and after he’d already closed the borders to China and Europe, Trump resolved to be optimistic to prevent Americans from panicking. Instead, it means that Trump elected to commit mass murder against the American people. (Democrats now insist that panic would have been a better approach, although in February and March they were ridiculing Trump for overreacting.)

Devega also resurrects the claim that Trump called the virus a hoax. He neither knows nor cares that it’s been irrefutably proven that Trump said that the Democrats would use the virus as a cudgel against him, just as they did with the Russia hoax.

Devega now claims that Trump is guilty of “a crime against humanity “ that “approaches a de facto genocide.” wants readers to know that “Trumpism is a death cult,” with “human sacrifice as one of its central rites and rituals.”  For the “death cult” concept, Devega links to another one of his articles, which turns out to be about the fact that many people, especially Trump supporters, don’t like wearing masks.

As you think about these accusations, remember that Devega is a member of the party that (1) caused a Wuhan flu genocide in nursing homes, (2) favors abortion until birth (or even after), (3) supports euthanasia, and (4) turns a blind eye to the black-on-black genocide in inner-city neighborhoods.

Of course, Devega is a hysteric. What’s unnerving is that he managed to find a respected (although monomaniacal) neuroscientist to join in his fantasy:

Dr. Seth Norrholm is a translational neuroscientist and one of the world’s leading experts on post-traumatic stress disorder (PTSD) and fear. He is currently the scientific director at the Neuroscience Center for Anxiety, Stress, and Trauma (NeuroCAST) in the Department of Psychiatry and Behavioral Neurosciences at the Wayne State University School of Medicine in Detroit.

If you search up Norrholm, you discover that, while he is as highly positioned professionally as Devega claims, he is also pathologically obsessed with Trump and has no regard whatsoever for the Goldwater Rule. That rule holds that it’s unethical for a psychiatrist to diagnose famous people without having examined them.

In other words, whether or not he’s genuinely a PTSD expert, Norrholm has put himself out as an unethical crackpot. In that vein, his pronouncements about the trauma Trump is inflicting on Americans would stun our hardy pioneer forebearers.

Norrholm’s premise is that Americans are suffering from Trump inflicted damage. He thinks part of the problem is that reputable media outlets refuse to acknowledge that Trump is abnormal, which makes it hard for the American public to understand that the president is a dangerous authoritarian. (Norrholm hasn’t noticed that Trump is shrinking, not expanding, the government’s authority.) “The assumption that he is somehow ‘presidential’ and acts in a normal way should have been discarded.”

Meanwhile, we poor fools who listen to Fox News are experiencing a “cult psychology, a shared psychosis where the members have to radically defend their positions because the alternative is admitting that they were wrong.”

Because Americans are being lied to by a mainstream media that is too nice to Trump (I’m channeling Norrholm here), Americans are experiencing “an abusive relationship.” The real abuse, of course, comes from Trump, but they keep thinking that things will get better because the media covers for him. (Yes, Norrholm really does think that the mainstream media is protecting Trump.)

This emotional rollercoaster that Trump and the media are forcing on Americans is the same as having experienced Hurricane Katrina or a mass shooting – except that it’s worse. “With Trump and this national calamity, it is an ongoing event which involves repeated exposure to chronic stress.”

There’s more of this politic thought masquerading as psychobabble, but you can see where it’s going. The truth is that Democrats have been suffering a collective mental breakdown. We’ve seen it on the streets, at work, and on television.

The problem, however, isn’t Trump. The problem is that a generation of people who have been given awards their entire life merely for being finally lost hugely, not to a still tolerable Republican Deep Stater, but to an outsider who is intent upon destroying their increasingly malevolent Nanny state. With the help of a despicably partisan media (and AG Bill Barr says that out loud here), we are witnessing an existential tantrum.

Image: J.E.D. Esquirol drawing of a French patient in a straitjacket 1838.