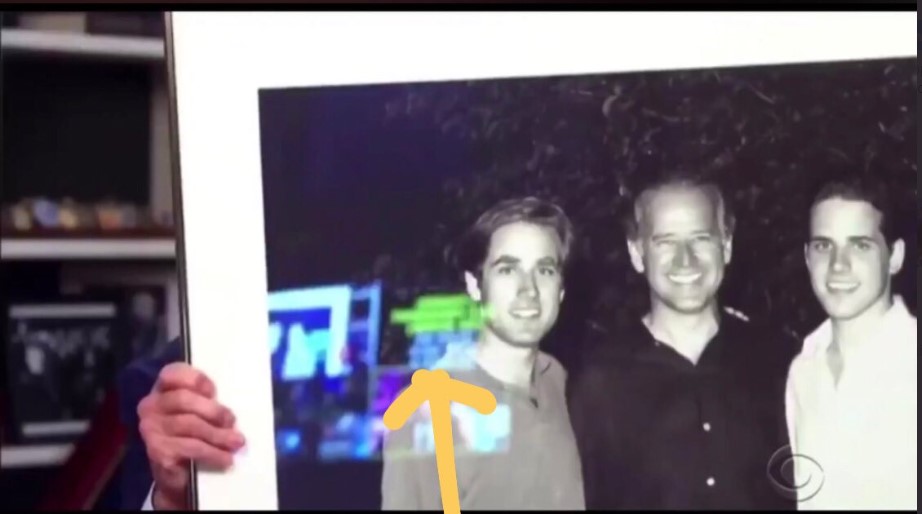 For months now, people have been wondering whether all of Biden’s appearances, including the easy ones, are scripted. Now we know the truth.

For the Biden campaign, the Wuhan virus has been a benefit. It’s allowed Biden to conduct his interviews from the safety of his own home. Because there are no public appearances, his campaign can keep secret whether Biden relies on a teleprompter for even friendly, casual interviews. Videos of Biden’s slip-ups suggested that he was using a teleprompter, but the campaign wasn’t talking. Now, though, a sharp-eyed viewer looking at footage of Biden talking to James Corden believes he’s exposed Biden’s secret: Even for friendly, inconsequential interviews, Biden and his interlocutors have a script.

What’s new in the 2020 election, as opposed to 1988 or 2008, is Biden’s cognitive decline. Although his campaign and the mainstream media are denying it, it’s obvious to everyone. Several times, people have suspected that, during allegedly spontaneous question and answer sessions, he’s actually relying on a teleprompter:

Joe Biden reads from a teleprompter at almost all of his events… and he can barely do that sometimes. pic.twitter.com/DZBRwCpk19

When Fox News’s Bret Baier asked TJ Ducklo, a Biden campaign spokesman, whether Biden used a teleprompter for interviews, Ducklo unleashed a torrent of non-responsive accusations against the Trump campaign and Baier himself:

Most people watching took Ducklo’s wall of words as a “yes.” Yesterday, we got confirmation that Biden does, in fact, use a teleprompter even for friendly interviews.

Back in April, when Biden did an online interview with James Corden, Biden displayed a photograph of himself with his sons Beau and Hunter. The photograph was beautifully framed, behind glass. Unfortunately for Biden, that glass reflected a teleprompter with alternating blue and green script, with one color presumably representing Corden’s questions and the other showing Biden’s answers:

Check out the teleprompter in the reflection. Biden blatantly read from a script for most of the interview with James Corden.

I bet his handlers weren’t too happy with him going off script. He probably got reprimanded. pic.twitter.com/BPK2FGB8cz

Someone even provided helpful signage to explain what viewers are seeing reflected in the glass:

Yes, this “Interview” was scripted. Note different colors for teleprompter text. They are two sides to the “conversation”. I’ve worked with TV teleprompters before. This is what they are.

This was staged. It’s all a show.

Why does Biden need a script? pic.twitter.com/zEwyR5E94u

Biden has always been a loose cannon. Voters learned about this in 1988 when Biden had to drop out of the Democrat party primary for lying, insulting voters, and blatant plagiarism. Even the British have noted that Biden still spins fantastic tales:

And of course, Biden’s insulting way of speaking to voters is the stuff of legend:

When Biden is obviously off the teleprompter leash, he still insults people. For example, Rep. James Clyburn may have dragged Biden over the finish line in South Carolina, thanks to Clyburn’s sway with that state’s black voters, but few blacks will forget how Biden then said that a black person’s race is defined by supporting Biden:

There are two things you should take away from learning that Biden is relying on a script, even for friendly interviews. First, this confirms that his cognitive deficit is so severe he can no longer be trusted to speak on his own.

Second, it puts the lie to Benjamin Franklin’s quip that “three may keep a secret, if two of them are dead.” The Biden teleprompter cover-up has involved dozens of people. After all, for this to work, not only were Biden’s aides covering for him, all of the people who interviewed Biden and stuck to the script were in the know.

Nevertheless, all of them – all the staffers and left-wing individuals or outlets conducting the interviews – were so determined to remove Trump from office that none leaked this secret. It turns out that, when political power is at stake, leftists will take the truth to the grave with them.